The name of this small railway network is abbreviated as Eiden (叡電), and is derived from the name of its predecessor, the Eizan Electric Railway Division (叡山電鉄部, Eizan Dentetsu-bu) of the Keifuku Electric Railroad. The present company was founded in 1985 as a subsidiary of Keifuku. The purpose of reorganization was to reduce the huge deficit of the Eiden lines, which had been completely isolated from the main Keifuku network since the abandonment of the Kyoto City Tramways in 1978. The split-off was considered to be an urgent matter, awaiting the completion of a long-awaited rail connection between the two networks of Eiden and Keihan. The Keihan Electric Railway was at that time constructing the Ōtō Line to the Eiden terminal at Demachiyanagi. The opening of the Ōtō Line significantly reduced the deficit of Eiden. Later on, in 2002, all shares of Keifuku were transferred from Keifuku to Keihan, of which Eiden became a wholly owned subsidiary. This railway accepts the Surutto Kansai card for payment, but not the PiTaPa card.

The line is featured in the Japanese Rail Sim 3D: Journey to Kyoto train simulation game for the Nintendo 3DS [1] and Nintendo Switch.

The Kyoto Electricity (京都電燈, Kyoto Dentō) Co. opened the Demachiyanagi - present-day Yase-Hieizan-guchi Eizen Main Line in 1925, dual track 1435mm gauge electrified at 600 VDC. Its purpose was primarily to serve as a tourist line to Mount Hiei. The Takarakaike - Yase-Hieizan-guchi section was reduced to single track in 1944 and the rails recycled for the Japanese war effort. The section was re-duplicated in 1951.

The Kurama Line was built by the jointly owned company Kurama Electric Railway (鞍馬電気鉄道, Kurama Denki Tetsudō) in order to provide access to Kurama temple and Kibune shrine in the hills north of Kyoto, from present-day Takaragaike (up into the mountain) to Kurama. The first section, present-day Takaragaike to Ichihara was opened in 1928, with the extension to Kurama the following year, 1435mm gauge electrified at 600 VDC and dual track to Nikenchaya. The dual track section was reduced to single track in 1939, and reduplicated in 1958.

The Enoshima Electric Railway or Enoden is a private railway in Japan which connects Kamakura Station in Kamakura with Fujisawa Station in Fujisawa, Kanagawa. Stations en route include Hase, the stop closest to Kōtoku-in, the temple with the colossal outdoor statue of Amida Buddha. The railway is fully owned by the Odakyu Group of companies. 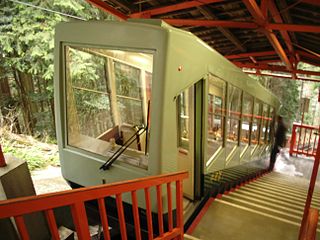 Hieizan Sakamoto Station is a railway station in Ōtsu, Shiga, Japan. The station was previously named Eizan Station until September 4, 1994, when the station's name was changed to its current name. Hieizan and Eizan means Mount Hiei, about 4 km west of the station. 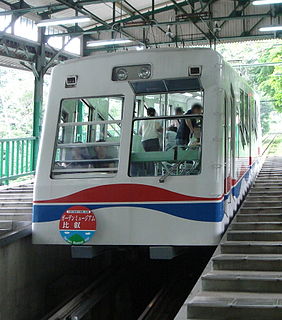 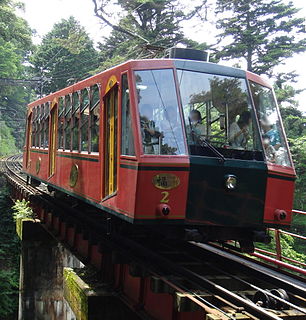 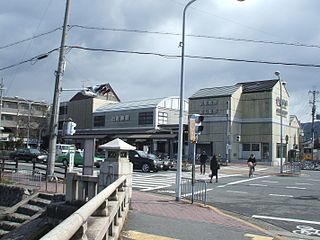 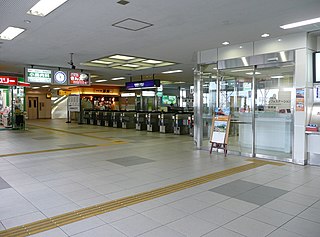 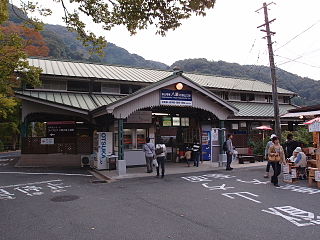 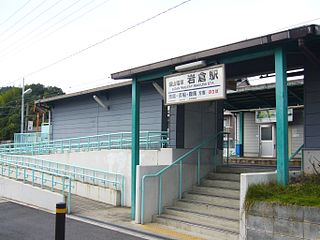 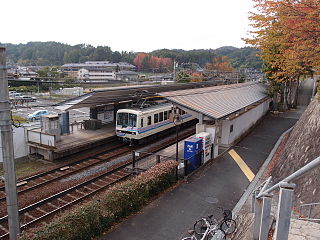 Arashiyama Station is a tram stop in Ukyo-ku, Kyoto, Japan, and the western terminus of the Randen Arashiyama Line that begins at Shijō-Ōmiya. The station includes a small shopping arcade, outdoor eating areas, a foot bath, a garden featuring cherry and maple trees, as well as the "Kimono Forest," a collection of 600 kimono gowns wrapped around poles with LED lighting inside developed by the interior designer Yasumichi Morita.