Elections in Mali gives information on election and election results in Mali.

Mali has a multi-party system, with numerous parties in which no one party often has a chance of gaining power alone, and parties must work with each other to form coalition governments.

Until the military coup of March 22, 2012 and a second military coup in December 2012 the politics of Mali took place in a framework of a semi-presidential representative democratic republic, whereby the President of Mali is head of state with a Presidentially appointed Prime Minister as the head of government, and of a multi-party system.

Amadou Toumani Touré is a Malian politician who was President of Mali from 2002 to 2012. 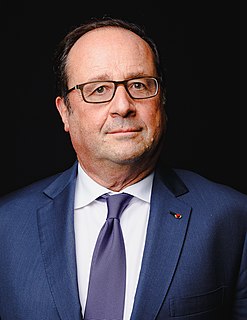 François Gérard Georges Nicolas Hollande is a French politician who served as President of France and ex officio Co-Prince of Andorra from 2012 to 2017. He previously was First Secretary of the Socialist Party from 1997 to 2008, Mayor of Tulle from 2001 to 2008 and President of the General Council of Corrèze from 2008 to 2012. Hollande also served in the National Assembly twice for the first constituency of Corrèze from 1988 to 1993 and again from 1997 until 2012. 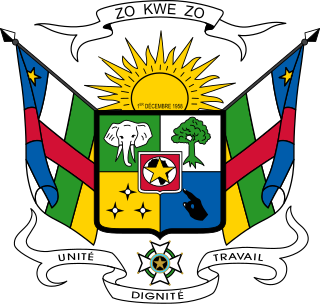 The Zimbabwe government consists of an elected head of state, the president, and a legislature. The presidential term lasts for 5 years, and is elected by majority, with a second round if no candidate receives a majority in the first round. The Parliament is bicameral, consisting of the House of Assembly and Senate. Following the 2013 constitution, the House of Assembly has 270 members. 210 are elected for five-year terms by single-member constituencies. Furthermore, the constitution specifies that for the two first parliaments, there are 60 additional seats reserved for women, 6 seats per province, which are filled based on the votes for in the single-member constituencies, using party-list proportional representation, distributed using the largest remainder method and the hare quota. The Senate has 80 members: 60 are elected for five-year terms in 6-member constituencies representing one of the 10 provinces, elected based on the votes in the lower house election, using party-list proportional representation, distributed using the hare quota. Additionally the senate consists of 2 seats for each non-metropolitan district of Zimbabwe elected by each provincial assembly of chiefs using SNTV, 1 seat each for the president and deputy president of the National Council of Chiefs and 1 male and 1 female seat for people with disabilities elected on separate ballots using FPTP by an electoral college designated by the National Disability Board.

Elections in Portugal are free, fair, and regularly held in accordance with election law.

Uzbekistan elects on national level a head of state – the president – and a legislature. The president is elected for a five-year term by the people. The Supreme Assembly has 150 members in the Legislative Chamber, elected for a five-year terms and 100 members in the Senate; 84 members elected at the sessions of district, regional and city deputies, and 16 members appointed by the president. Most parties are excluded. Uzbekistan is a state dominated by the supporters of a head of state – the president. Opposition parties are allowed, but are widely considered to have no real chance of gaining power.

North Macedonia elects on national level a head of state - the president - and a legislature. The president is elected for a five-year term by the people. The Assembly of the Republic of North Macedonia (Sobranie) has 120-123 members, elected for a four-year term, by proportional representation. North Macedonia has a multi-party system, with numerous parties in which no one party often has a chance of gaining power alone, and parties must work with each other to form coalition governments.

Ibrahim Boubacar Keïta, often known by his initials IBK, is a Malian politician who has served as President of Mali since 2013. Keïta served as Prime Minister of Mali from 1994 to 2000 and as President of the National Assembly of Mali from 2002 to 2007. Keïta was a founding father of the centre-left political party Rally for Mali (RPM) in 2001. After a few unsuccessful attempts he was elected president in the 2013 presidential election and reelected in 2018.

Mountaga Tall is a Malian politician who is President of the National Congress for Democratic Initiative (CNID) and served in the government of Mali as Minister of Higher Education and Scientific Research from 2014 to 2016 and Minister of the Digital Economy and Communication from 2016 to 2017. Previously he was First Vice-President of the National Assembly of Mali from 2002 to 2007.

The Alliance for Democracy in Mali – Pan-African Party for Liberty, Solidarity and Justice is a political party in Mali.

The National Assembly of Mali is the unicameral country's legislative body of 147 voting members.

Presidential elections were held in Mali on 29 July 2018. In July 2018, the Constitutional Court approved the nomination of a total of 24 candidates in the election. As no candidate received more than 50% of the vote in the first round, a runoff was held on 12 August 2018 between the top two candidates, incumbent President Ibrahim Boubacar Keïta of the Rally for Mali and Soumaïla Cissé of the Union for the Republic and Democracy. Keïta was subsequently re-elected with 67% of the vote. It was the first time in Malian history that a presidential election was forced into a runoff between incumbent and a challenger.