Electrolux products sell under a variety of brand names (including its own), and are primarily major appliances and vacuum cleaners intended for consumer use. [4] The company also makes appliances for professional use. [5] Electrolux has a primary listing on the Stockholm Stock Exchange and is a constituent of the OMX Stockholm 30 index.

The company originates from a merger of two companies—Lux AB and Svenska Elektron AB, the former an established manufacturer and the latter a younger company founded by a former vacuum salesman who had also been an employee of the former firm. [6] The origins of Electrolux are closely tied to the vacuum, but today it also makes major appliances.

The company has often and regularly expanded through mergers and acquisitions.

While Electrolux had bought several companies before the 1960s, that decade saw the beginnings of a new wave of M&A activity. The company bought ElektroHelios, Norwegian Elektra, Danish Atlas, Finnish Slev, and Flymo, et al., in the nine years from 1960 to 1969. [12] This style of growth continued through the 1990s, seeing Electrolux purchase scores [13] of companies including, for a time, Husqvarna. [13] [14]

Hans Werthen, President and later Chairman of the Board, led the strategic core of an increasingly decentralized Electrolux—and was instrumental to its rapid growth.

While attempts to cut costs, centralise administration, and wring out economies of scale from Electrolux's operations were made in the 1960s and 1970s [12] [13] with the focus so firmly on growth, [13] further company-wide restructuring efforts only began in the late 1990s. [15]

Currently, its shares trade on the NASDAQ OMX Nordic Market and over-the-counter. [18] Electrolux is an OMX Nordic 40 constituent stock.

Keith McLoughlin took over as president and CEO on January 1, 2011, and became the company's first non Swedish chief executive.

On February 6, 2017, Electrolux announced that it had agreed to acquire Anova Applied Electronics, Inc. (company), [22] the U.S.-based provider of the Anova Precision Cooker. [23] [24]

Electrolux sells under a wide variety of brand names worldwide. Most of them were acquired through mergers and acquisitions and only do business in a single country or geographic area. The following is an incomplete list.

Note: This list does not include brands such as Kenmore and John Lewis, which may sell Electrolux produced appliances but are not owned by or affiliated with Electrolux, as Electrolux acts as an OEM for these brands.

The company's current international slogan is "Shape living for the Better". In the past it used to be "Thinking of you". [56] In the 1960s the company successfully marketed vacuums in the United Kingdom with the slogan "Nothing sucks like an Electrolux". [57]

In the United States, it was frequently assumed that using this slogan was a brand blunder. In fact, the informal American meaning of the word sucks was already well known at the time in the United Kingdom, and the company hoped the slogan, with its possible double entendre, would gain attention. [58] In Indonesia, the Electrolux previous slogans as "Kalau saja semua seawet Electrolux" (English: If Only All Durable as Electrolux). 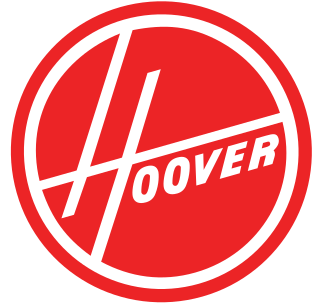 The Hoover Company is a vacuum cleaner company founded in Ohio in the US. It also established a major base in the United Kingdom; and, mostly in the 20th century, it dominated the electric vacuum cleaner industry, to the point where the Hoover brand name became synonymous with vacuum cleaners and vacuuming in the United Kingdom and Ireland. Hoover was part of the Whirlpool Corporation, but was sold in 2006 to Hong Kong multinational manufacturing company Techtronic Industries for $107 million. Hoover Europe/UK split from Hoover US in 1993, and had previously been acquired by Techtronic.

Kelvinator was a United States home appliance manufacturer and a line of domestic refrigerators that was the namesake of the company. Although as a company it is now defunct, the name still exists as a brand name owned by Electrolux AB. It takes its name from William Thomson, 1st Baron Kelvin, who developed the concept of absolute zero and for whom the Kelvin temperature scale is named. The name was thought appropriate for a company that manufactured ice-boxes and refrigerators.

Nash-Kelvinator Corporation was the result of a merger in 1937 between Nash Motors and Kelvinator Appliance Company. The union of these two companies was brought about as a result of a condition made by George W. Mason prior to his appointment as CEO of Nash. Nash-Kelvinator ranked 27th among United States corporations in the value of World War II production contracts.

GE Appliances is an American home appliance manufacturer based in Louisville, Kentucky. It has been majority owned by Chinese multinational home appliances company Haier since 2016. It is one of the largest appliance companies in the United States and manufactures appliances under several brands, including GE, GE Profile, Café, Monogram, Haier and Hotpoint. The company also owns FirstBuild, a co-creation community and micro-factory on the University of Louisville's campus in Louisville, Kentucky. Another FirstBuild location is in South Korea, and a FirstBuild location in India opened its doors in 2019.

Vorwerk is an international diversified corporate group headquartered in Wuppertal, Germany. The main business is the direct distribution of various products like household appliances, fitted kitchens and cosmetics. Vorwerk was founded in 1883.

Eureka is a brand of the Chinese company Midea Group that manufactures vacuums for all households. The company offers a full line of vacuum cleaners, including uprights, cordless, canisters, sticks and handhelds. Eureka also manufactures aftermarket vacuum accessories, such as bags, belts and filters.

Electrolux can refer to:

Kleenmaid is an Australian owned domestic appliance brand that was originally established in 1984. In 2009 it was acquired by the private equity group Compass Capital Partners who relaunched it to the public in 2012 with a newly developed Black Krystal range of appliances and a new logo. 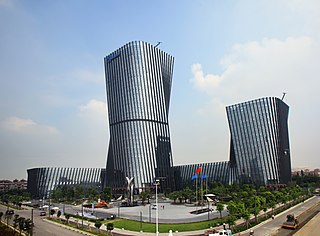 Midea Group is a Chinese electrical appliance manufacturer, headquartered in Beijiao town, Shunde District, Foshan, Guangdong and listed on Shenzhen Stock Exchange. As of 2018, the firm employs approximately 135,000 people in China and overseas with 200 subsidiaries and over 60 overseas branches. Midea Group is listed on Shenzhen Stock Exchange since 2013. It has been listed on the Fortune Global 500 since July 2016. Midea produces lighting, water appliances, floor care, small kitchen appliances, laundry, large cooking appliances, and refrigeration appliances. It also has a long history in producing home and commercial products in heating, ventilation and air conditioning (HVAC). In the summer of 2016, Midea made a highly publicized move to acquire German robotics company KUKA. It is the world's largest producer of robots and appliances.

Hans Straberg is the Chairman of Atlas Copco and SKF. He was the President & CEO of Electrolux AB from 2002 to 2010. Straberg is also a Bilderberg participant.

Kenmore is a brand of household appliances sold by Sears. The brand is owned by Transformco, an affiliate of ESL Investments.

SharkNinja is a US designer, marketer and distributor of home devices and appliances. It is based in Needham, Massachusetts, near Boston. The company's name is formed by combining its two primary brands: Shark, which mainly produces vacuum cleaners and similar devices; and Ninja, which focuses on kitchen appliances such as blenders, multicookers, air fryers, and coffee makers.