Elijah J. McCoy (May 2, 1844  [2] – October 10, 1929) was a Canadian-born inventor and engineer of African American descent who was notable for his 57 US patents, most having to do with the lubrication of steam engines. Born free in Canada, he came to the United States as a young child when his family returned in 1847, becoming a U.S. resident and citizen.

Elijah McCoy was born free in 1844 in Canada to George and Mildred McCoy. At the time, they were fugitive slaves who had escaped from Kentucky to Canada via helpers through the Underground Railroad. [3] George and Mildred arrived in Colchester Township, Essex, Upper Canada in 1837 via Detroit. Elijah McCoy had 11 siblings. Ten of the children were born in Canada from Alfred (1836) to William (1859). Based on 1860 Tax Assessment Rolls, land deeds of sale, and the 1870 USA Census it can be determined George McCoy's family moved to Ypsilanti, Michigan in 1859–60.

Elijah McCoy was educated in black schools of Colchester Township due to the 1850 Common Schools act which segregated the Upper Canadian schools in Scotland. At age 15, in 1859, Elijah McCoy was sent to Scotland. After some years, he was certified in Scotland as a mechanical engineer. By the time he returned, the George McCoy family had established themselves on the farm of John and Maryann Starkweather in Ypsilanti. George used his skills as a tobacconist in order to establish a tobacco and cigar business.

When Elijah McCoy arrived in Michigan, he could find work only as a fireman and oiler at the Michigan Central Railroad. In a home-based machine shop in Ypsilanti, Michigan, McCoy also did more highly skilled work, such as developing improvements and inventions. He invented an automatic lubricator for oiling the steam engines of locomotives and ships, patenting it in 1872 as "Improvement in Lubricators for Steam-Engines" ( U.S. Patent 129,843 ).

Similar automatic oilers had been patented previously; one is the displacement lubricator, which had already attained widespread use and whose technological descendants continued to be widely used into the 20th century. Lubricators were a boon for railroads, as they enabled trains to run faster and more profitably with less need to stop for lubrication and maintenance. [4] McCoy continued to refine his devices and design new ones; most of his patents dealt with lubricating systems. After the turn of the century, he attracted notice among his black contemporaries. Booker T. Washington in Story of the Negro (1909) recognized him as having produced more patents than any other black inventor up to that time. This creativity gave McCoy an honored status in the black community that has persisted to this day. He continued to invent until late in life, obtaining as many as 57 patents; most related to lubrication but others also included a folding ironing board and a lawn sprinkler. Lacking the capital with which to manufacture his lubricators in large numbers, he usually assigned his patent rights to his employers or sold them to investors. Lubricators with the McCoy name were not manufactured until 1920, near the end of his career, when he formed the Elijah McCoy Manufacturing Company to produce them. [4]

Historians have not agreed on the importance of McCoy's contribution to the field of lubrication. He is credited in some biographical sketches with revolutionizing the railroad or machine industries with his devices. Early twentieth-century lubrication literature barely mentions him; for example, his name is absent from E. L. Ahrons' Lubrication of Locomotives (1922), which does identify several other early pioneers and companies of the field.

Regarding the phrase "The real McCoy"

This popular expression, typically meaning the real thing, has been incorrectly attributed to Elijah McCoy's oil-drip cup invention. One theory is that railroad engineers looking to avoid inferior copies would request it by name, [5] and inquire if a locomotive was fitted with "the real McCoy system". [6] [7] This theory is mentioned in Elijah McCoy's biography at the National Inventors Hall of Fame. [8] It can be traced to the December 1966 issue of Ebony in an advertisement for Old Taylor bourbon whiskey: "But the most famous legacy McCoy left his country was his name." [9] A 1985 pamphlet printed by the Empak Publishing Company also notes the phrase's origin but does not elaborate. [10]

Other possibilities for its origin have been proposed [4] and while it has undoubtedly been applied as an epithet to many other McCoys, its association with Elijah has become iconic [11]

He married for the second time in 1873 to Mary Eleanor Delaney. The couple moved to Detroit when McCoy found work there. Mary McCoy (died 1922) helped found the Phillis Wheatley Home for Aged Colored Men in 1898. [13] Elijah McCoy died in the Eloise Infirmary in Nankin Township, now Westland, Michigan, on October 10, 1929, at the age of 85, after suffering injuries from a car accident seven years earlier in which his wife Mary died. [14] He is buried in Detroit Memorial Park East in Warren, Michigan. [15] 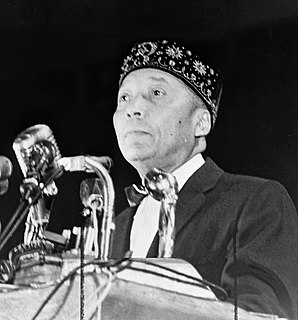 Elijah Muhammad was a religious leader, author, and self proclaimed Messenger of Allah (God) who led the Nation of Islam (NOI) from 1934 until his death in 1975. Muhammad was also the teacher and mentor of Malcolm X, Louis Farrakhan, Muhammad Ali, and his own son, Warith Deen Mohammed.

Granville Tailer Woods was an inventor who held more than 60 patents in the U.S. He was the first African American mechanical and electrical engineer after the Civil War. Self-taught, he concentrated most of his work on trains and streetcars. One of his notable inventions was a device he called the Synchronous Multiplex Railway Telegraph, a variation of induction telegraph which relied on ambient static electricity from existing telegraph lines to send messages between train stations and moving trains. His work assured a safer and better public transportation system for the cities of the United States. 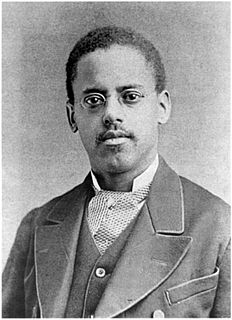 Lewis Howard Latimer was an American inventor and patent draftsman for the patents of the incandescent light bulb, among other inventions. His house is located near the Latimer Projects and is a historic house located at 34-41 137th Street in Flushing, Queens, New York City.

"The real McCoy" is an idiom and metaphor used in much of the English-speaking world to mean "the real thing" or "the genuine article", e.g. "he's the real McCoy". The phrase has been the subject of numerous false etymologies. 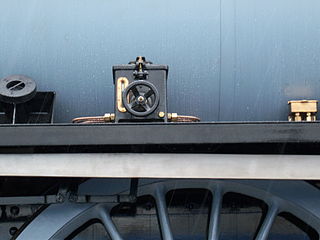 The Charles H. Wright Museum of African American History is located in the Cultural Center of the U.S. city of Detroit, Michigan. Founded in 1965, the museum holds the world's largest permanent exhibit on African-American culture. In 1997, Detroit architects Sims-Varner & Associates designed a new 120,000 square foot facility on Warren Avenue, the museum's current location. The Wright Museum is a nonprofit institution and has dual missions, serving as both a museum of artifacts and a place of cultural retention and growth.

William Austin Burt was an American scientist, inventor, legislator, millwright, justice of the peace, school inspector, postmaster, judge, builder, businessman, surveyor and soldier. He first was a builder of sawmills, but his main interest was that of surveying. Burt built sawmills in an area that is now the city of Port Huron, Michigan. He built an excellent reputation for his accurate surveying work on public lands. He became a government deputy surveyor and trained many young men in several states how to become professional surveyors. Burt surveyed boundaries in the states of Michigan, Wisconsin, Minnesota, and Iowa starting as early as 1833. He involved his five sons in surveying and each became a government deputy surveyor.

In patent law, an inventor is the person, or persons in United States patent law, who contribute to the claims of a patentable invention. In some patent law frameworks, however, such as in the European Patent Convention (EPC) and its case law, no explicit, accurate definition of who exactly is an inventor is provided. The definition may slightly vary from one European country to another. Inventorship is generally not considered to be a patentability criterion under European patent law.

Colchester is a community and unincorporated place in Southwestern Ontario, the southernmost settlement on mainland Canada, and the southernmost point with the exception of Point Pelee National Park. It is located on the north shore of Lake Erie, approximately 6 kilometres (3.7 mi) south of the town of Harrow. Colchester was formerly part of the Township of Colchester South and is now a part of the amalgamated Town of Essex within the County of Essex. Colchester shares its postal code with Harrow as N0R 1G0. 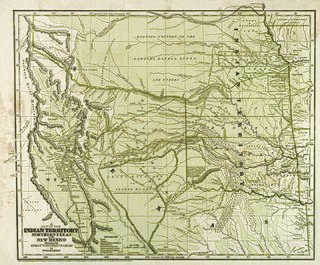 Events from the year 1844 in the United States.

Elizabeth "Lisette" Denison Forth was an African-American landowner and philanthropist from Michigan. Forth was born with slave status, and worked as a maid before becoming a landowner. 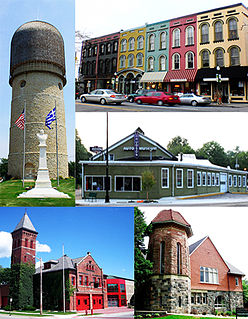 Ypsilanti, commonly shortened to Ypsi, is a city in Washtenaw County in the U.S. state of Michigan, perhaps best known as the home of Eastern Michigan University. As of the 2010 census, the city's population was 19,435. The city is bounded to the north by Superior Township and on the west, south, and east by Ypsilanti Township.

Albert Prince Marshall was an American librarian and educator. He was the director of multiple academic libraries, including the libraries of Lincoln University and Eastern Michigan University. Marshall was an active participant in the civil rights movement, serving in a leadership role in a Missouri chapter of the NAACP. He worked to fight discrimination against African-Americans in librarianship and held several leadership roles in the profession, including as vice president of the American Library Association. Later in his life Marshall focused on documenting the history of Ypsilanti, Michigan's black community members, earning him the nickname "Mr. Ypsilanti".