Elizabeth LaPensée is an assistant professor in the Departments of Media & Information and Writing, Rhetoric, & American Cultures at Michigan State University. [1] She is of Irish and Anishinaabe/Métis descent. [1] She studies and creates video games, interactive digital media, animation, visual art, and comics to express Indigenous ways of knowing. [2] Her mother is Grace Dillon, a professor at Portland State University.

LaPensée received her PhD from Simon Fraser University. [1] Her dissertation was on the benefits of playing Survivance— a social impact game that uplifts storytelling, art, and self-determination as a pathway to healing from Indigenous historical trauma. [3] [4]

LaPensée designs games around Indigenous ways of knowing. Active as a community organizer, she often collaborates with community partners to create games. She argues that Indigenous practices and teachings can inspire innovative game mechanics. [5] Her games provide an interactive way of engaging with and continuing on Indigenous cultures and history. Her game Honour Water (2016) is a singing-game that teaches Anishinaabe water songs. [6] In 2014, LaPensée spoke out against a remake of Custer's Revenge , a controversial game that allows the player, as General Custer, to rape a Native woman. [7]

She organized the first Natives in Game Development Gathering at the University of California, Santa Cruz, in May 2015. [10]

Elizabeth LaPensée's research is often cited in connection with Indigenous Futurisms. She was an early research assistant with Aboriginal Territories in Cyberspace (AbTeC) and research affiliate with the Initiative for Indigenous Futures (IIF). [11] Her mother, scholar Grace Dillon, describes LaPensée's sci-fi animations as a "must-see" example of how Indigenous storytelling can transform the way Indigenous futures are imagined. [12] Kristina Baudemann argues that LaPensée, despite being perceived as a white woman, retains an ability to draw on her Metis ancestry to create new representations of actual Indigenous people. [13]

In 2017, LaPensée received the Serious Games Community Leadership Award from the Serious Games Special Interest Group of the International Game Developers Association and she was named one of Motherboard's Humans of the Year, a series of profiles recognizing people in science and technology who are building a better future for everyone. [14] [15] [16] [17] Her game Thunderbird Strike won the prize for Best Digital Media Work at the 2017 ImagineNATIVE Film + Media Arts Festival. [18]

In April 2018, LaPensée was selected as a Guggenheim Fellow in the fine arts category. [19] When Rivers Were Trails was awarded Best Adaptation at IndieCade 2019.

Winona LaDuke is an American environmentalist, economist, and writer, known for her work on tribal land claims and preservation, as well as sustainable development. In a December 2018 interview she also described herself as an industrial hemp grower. 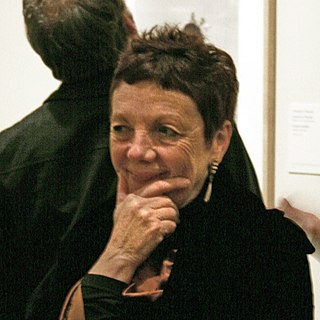 Graciela Iturbide is a Mexican photographer. Her work has been exhibited internationally, and is included in many major museum collections such as the San Francisco Museum of Modern Art and The J. Paul Getty Museum.

Margaret A. Noodin is an American poet and Anishinaabemowin language teacher. She is a Professor of English and American Indian Studies at the University of Wisconsin–Milwaukee. 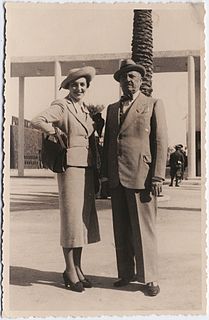 Zoe Leigh Hopkins is a Canadian Heiltsuk/Mohawk writer and film director who began her career in acting in 2009 and later pursued film making.

Skawennati is a Mohawk multimedia artist, best known for her online works as well as Machinima that explore contemporary Indigenous cultures, and what indigenous life might look like in futures inspired by science fiction.

Indigenous Futurisms is a movement consisting of art, literature, comics, games, and other forms of media which express Indigenous perspectives of the future, past, and present in the context of science fiction and related sub-genres. Such perspectives may reflect Indigenous ways of knowing, traditional stories, historical or contemporary politics, and cultural realities.

Michelle St. John is a Canadian actress, singer, producer and director who has been involved in creative projects in theatre, film, television and music since the 1980s. Her directorial debut, Colonization Road, is a 2016 feature-length documentary that premiered at imagineNATIVE Film + Media Arts Festival. 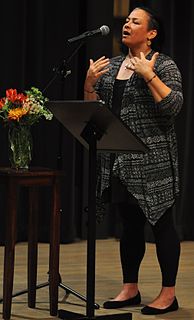 Tracy Rector is a mixed-race Choctaw/Seminole filmmaker, curator, and arts advocate based in Seattle, Washington. She is the executive director and co-founder of Longhouse Media, an indigenous media arts organization and home of the nationally acclaimed program Native Lens. She has worked as an education consultant at the Seattle Art Museum, as a native naturalist for the Olympic Sculpture Park, and has developed curriculum for IslandWood, an environmental education center.

Thunderbird Strike is a side-scrolling video game created by Elizabeth LaPensée. In this game the player controls Thunderbird, a legendary creature from the mythology of some North American indigenous peoples, which flies from the Alberta tar sands to the Great Lakes, and along the way attempts to destroy oil industry infrastructure and equipment while trying to revive dead wildlife. LaPensée says the game is a protest about pipeline construction on Indigenous land, while telling stories from her culture and encouraging players to take care of Turtle Island.

Tsēma Igharas, formerly known as Tamara Skubovius, is an interdisciplinary artist and member of the Tāłtān First Nation based in Vancouver, British Columbia. Igharas uses Potlatch methodology in making art, to assert the relationships between bodies and the world, and to challenge colonial systems of value and measurement of land and resources.

Darcie Little Badger is an author and an Earth scientist. As an author, she specializes in speculative fiction, especially horror, science fiction and fantasy. Further, as a Lipan Apache, she develops her stories with Apache characters and themes. She has also added her voice to Indigenous Futurisms, a movement among Native artists and authors to write science fiction from their historical and cultural perspectives. At the same time, some of her works feature characters who reconfirm the presence and importance of LGBTQ+ community-members.

Grace L. Dillon is an American academic and author. She is a professor of Anishinaabe and European descent in the Indigenous Nations Studies Program, in the School of Gender, Race, and Nations, at Portland State University.

Alexandra Lazarowich is a Cree director and producer from Edmonton, Alberta. Initially working as a child actress and model, by the age of 27 she had produced 9 films. She is the producer for the Canadian Broadcasting Corporation's Still Standing.

Biidaban: First Light is a Canadian immersive virtual reality film, created by Lisa Jackson and released in 2018. The film places viewers in an immersive vision of a Downtown Toronto that has been reclaimed by nature, with vegetation and animals living freely inside the urban landscape, with narration in the indigenous Wendat, Mohawk and Ojibwe languages.