Elizabeth Lee (1857 – 8 July 1920) was an English teacher, literary critic, biographer and translator. She was secretary of the English Association for five years in the early twentieth century and was awarded the honour of Officier d'Académie by the French government for her work in education. She was the sister of Sir Sidney Lee and, under his editorship, wrote several biographies of women for the Dictionary of National Biography . Her other writings covered the subjects of education, French literature and biographies.

Lee was born in London, the older sister of Sidney Lee. The family name was Levy. She was educated at Queen's College, London. [1] After leaving school, she began teaching English to girls in secondary schools, a career she maintained all of her life. [1]

From 1907 to 1912, she was secretary of the English Association. [1] While in this post, she studied education methods on the continent and published the pamphlet The Teaching of Literature in French and German Secondary Schools. On 1 November 1909 the French Minister of Public Instruction made her Officier d'Académie. [1]

In addition to education, Lee wrote frequently about French literature and biographies of women. For several years, she contributed an article about French literature to every issue of The Library . [1] She published books such as Ouida: a Memoir (1914) and Lives of the Wives of Queen Victoria's Prime Ministers (1917). [1] One of her major works was the writing of over eighty biographies of women for the Dictionary of National Biography , which was edited by her younger brother Sir Sidney Lee. [1] She also aided her brother with his other works, including correcting the proofs and compiling the index for his Life of William Shakespeare (1905, 5th edition). [1]

Elizabeth Lee died at the age of 62 in her home in Kensington on Saturday, 8 July 1920. [1] She was cremated at Golders Green Crematorium on the following Tuesday, 13 July. [1]

Ouida was the pseudonym of the English novelist Maria Louise Ramé. During her career, Ouida wrote more than 40 novels, as well as short stories, children's books and essays. Moderately successful, she lived a life of luxury, entertaining many of the literary figures of the day. Under Two Flags, one of her most famous novels, described the British in Algeria. It expressed sympathy for the French colonists—with whom Ouida deeply identified—and, to some extent, the Arabs. The novel was adapted for the stage, and was filmed six times. Her novel A Dog of Flanders is considered a children's classic in much of Asia. The American author Jack London cited her novel Signa, as one of the reasons for his literary success. Her lavish lifestyle eventually led her to penury, and her works were put up for auction to pay her debts. She died in Italy from pneumonia. Soon after her death, her friends organized a public subscription in Bury St Edmunds, where they had a fountain for horses and dogs installed in her name.

Henry Howard, Earl of Surrey, KG, was an English nobleman, politician and poet. He was one of the founders of English Renaissance poetry and was the last known person executed at the instance of King Henry VIII. He was a first cousin of both Queen Anne Boleyn and Queen Catherine Howard, second and fifth wives of King Henry VIII. His name is usually associated in literature with that of the poet Sir Thomas Wyatt. He was the son of Thomas Howard, Earl of Surrey and when his father became Duke of Norfolk (1524) the son adopted the courtesy title of Earl of Surrey. Owing largely to the powerful position of his father, Howard took a prominent part in the court life of the time, and served as a soldier both in France and Scotland. He was a man of reckless temper, which involved him in many quarrels, and finally brought upon him the wrath of the ageing and embittered Henry VIII. He was arrested, tried for treason and beheaded on Tower Hill.

Lucy Aikin was an English historical writer, biographer and correspondent. She also published under pseudonyms such as Mary Godolphin. Her literary-minded family included her aunt Anna Laetitia Barbauld, a writer of poetry, essays and children's books.

Sir Sidney Lee was an English biographer, writer, and critic.

Roger Ascham was an English scholar and didactic writer, famous for his prose style, his promotion of the vernacular, and his theories of education. He served in the administrations of Edward VI, Mary I, and Elizabeth I, having earlier acted as Elizabeth's tutor in Greek and Latin between 1548 and 1550.

Anne Jemima Clough was an early English suffragist and a promoter of higher education for women. She was the first principal of Newnham College. 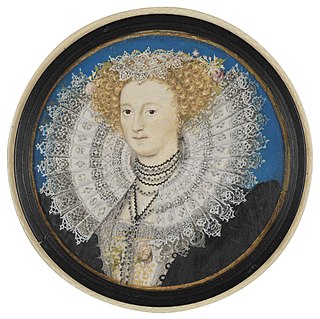 Mary Herbert, Countess of Pembroke was among the first Englishwomen to gain a significant reputation for her poetry and her literary patronage. By the age of 39, she was listed with her brother Philip Sidney and with Edmund Spenser and William Shakespeare among the notable authors of the day in John Bodenham's verse miscellany Belvidere. Her play Antonius is widely seen as reviving interest in soliloquy based on classical models and as a likely source of Samuel Daniel's closet drama Cleopatra (1594) and of Shakespeare's Antony and Cleopatra (1607). She was also known for translating Petrarch's "Triumph of Death", for the poetry anthology Triumphs, and above all for a lyrical translation of the Psalms. 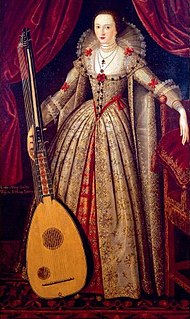 Lady Mary Wroth (1587–1653) was an English poet of the Renaissance. A member of a distinguished literary family, Lady Wroth was among the first female English writers to have achieved an enduring reputation. Mary Wroth was niece to Mary Herbert née Sidney, and to Sir Philip Sidney, a famous Elizabethan poet-courtier. 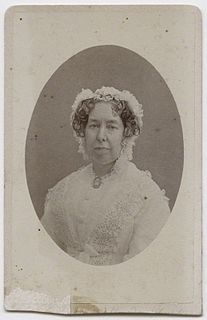 Mary Victoria Cowden Clarke was an English author, and compiler of a concordance to Shakespeare.

Sarah Emily Davies was an English feminist and suffragist, and a pioneering campaigner for women's rights to university access. She is remembered above all as a co-founder and an early Mistress of Girton College, Cambridge University, the first university college in England to educate women.

William Henry Herford (1820–1908) was an English Unitarian minister, writer and educator. He was interested in education and married a school head mistress, Louisa Carbutt. 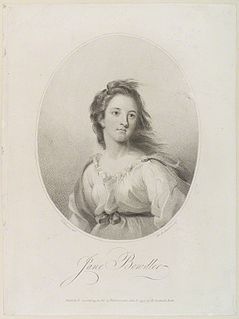 Jane Bowdler (1743–1784) was an English poet and essayist. Her work gained half a century's popularity after her death.

Emily Bovell was a physician and credited as one of the original members of the Edinburgh Seven. After qualification she worked at the New Hospital for Women in Marylebone Road, London and in Paris. The French government award her the Officier des Ordre des Palmes Académiques for services to medicine. Her husband was the neurologist William Allen Sturge.

Evelyn Shirley Shuckburgh was an English academic and schoolmaster, known as classical scholar and translator.

Edith Julia Morley, (1875–1964) was a literary scholar and activist. She was the main twentieth century editor of the works of Henry Crabb Robinson. She was a Professor of English Language at University College, Reading, now the University of Reading, from 1908 to 1940, making her the first woman to be appointed to a chair at a British university-level institution. She was a proud Socialist and member of the Fabian society, active in various suffrage campaigns, and received an OBE for her efforts coordinating Reading's refugee programme during the Second World War.

Mary Elizabeth Wilson Sherwood was an American author and socialite. She wrote short stories, poetry, several books, and etiquette manuals, in addition to contributing to many magazines and translating poems from European languages. Among her writings are The Sarcasm of Destiny, A Transplanted Rose, Manners and Social Usages, Sweet Briar, and Roxobel. Better known as Mrs. John Sherwood, some of her literary works were published as "M.E.W.S." or "M.E.W. Sherwood".

Alice Drayton Greenwood (1862–1935) was a British historian, teacher and writer.

Catherine Cecily O'Brien OP (1893–1945) was an Australian Dominican sister and educationist who was known for her innovative teaching methods and for being an advocate of quality education for girls.