Ellsworth Land is a portion of the Antarctic continent bounded on the west by Marie Byrd Land, on the north by Bellingshausen Sea, on the northeast by the base of Antarctic Peninsula, and on the east by the western margin of Ronne Ice Shelf. [1] It extends between 103°24'W and 79°45'W.[ citation needed ] The area west of 90°W is unclaimed, the area between 84°W and 90°W is claimed by Chile only, and the remainder by Chile and the United Kingdom as a part of the British Antarctic Territory. Eights Coast stretches between 103°24'W and 89°35'W, and Bryan Coast between 89°35'W and 79°45'W.

It is largely a high ice plateau, but includes the majestic Ellsworth Mountains and a number of scattered mountain groups: Hudson, Jones, Behrendt, Hauberg, Merrick, Sweeney and Scaife Mountains. [1]

This land lies near the center of the area traversed by American explorer Lincoln Ellsworth on an airplane flight during November–December 1935. It was named for him by US-ACAN (1962) to commemorate that historic transcontinental flight from Dundee Island to the Ross Ice Shelf. [1] 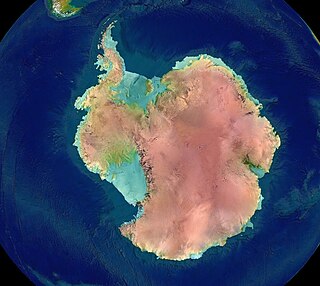 The geography of Antarctica is dominated by its south polar location and, thus, by ice. The Antarctic continent, located in the Earth's southern hemisphere, is centered asymmetrically around the South Pole and largely south of the Antarctic Circle. It is washed by the Southern Ocean or, depending on definition, the southern Pacific, Atlantic, and Indian Oceans. It has an area of more than 14 million km². 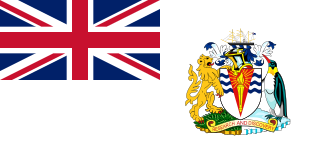 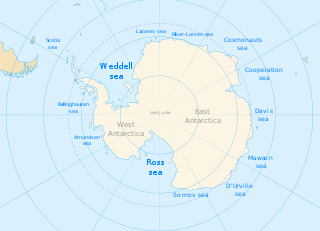 The Weddell Sea is part of the Southern Ocean and contains the Weddell Gyre. Its land boundaries are defined by the bay formed from the coasts of Coats Land and the Antarctic Peninsula. The easternmost point is Cape Norvegia at Princess Martha Coast, Queen Maud Land. To the east of Cape Norvegia is the King Haakon VII Sea. Much of the southern part of the sea is covered by a permanent, massive ice shelf field, the Filchner-Ronne Ice Shelf. 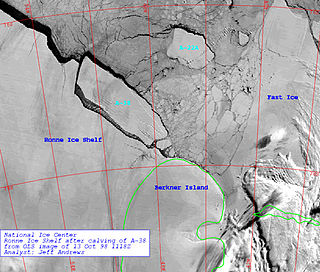 The Ellsworth Mountains are the highest mountain ranges in Antarctica, forming a 360 km (224 mi) long and 48 km (30 mi) wide chain of mountains in a north to south configuration on the western margin of the Ronne Ice Shelf in Marie Byrd Land. They are bisected by Minnesota Glacier to form the Sentinel Range to the north and the Heritage Range to the south. The former is by far the higher and more spectacular with Mount Vinson (4,892 m) constituting the highest point on the continent. Geologically, they are part of the Antarctandes which stretch from the Antarctic Peninsula to Cape Adare on the western shore of the Ross Sea. The Antarctandes form the southernmost arc of the Pacific 'Ring of Fire'. The mountains are located within the Chilean Antarctic territorial claim but outside of the Argentinian and British ones. 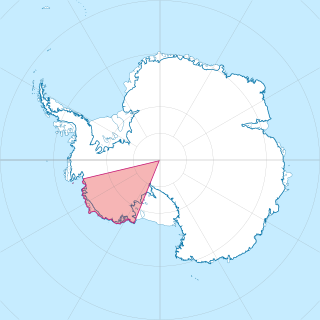 The Brunt Ice Shelf borders the Antarctic coast of Coats Land between Dawson-Lambton Glacier and Stancomb-Wills Glacier Tongue. It was named by the UK Antarctic Place-names Committee after David Brunt, British meteorologist, Physical Secretary of the Royal Society, 1948–57, who was responsible for the initiation of the Royal Society Expedition to this ice shelf in 1955.

West Antarctica, or Lesser Antarctica, one of the two major regions of Antarctica, is the part of that continent that lies within the Western Hemisphere, and includes the Antarctic Peninsula. It is separated from East Antarctica by the Transantarctic Mountains and is covered by the West Antarctic Ice Sheet. It lies between the Ross Sea, and the Weddell Sea. It may be considered a giant peninsula stretching from the South Pole towards the tip of South America.

Eights Coast is that portion of the coast of West Antarctica between Cape Waite and Pfrogner Point. To the west is the Walgreen Coast, and to the east is the Bryan Coast. It is part of Ellsworth Land and stretches between 103°24'W and 89°35'W. This coast is bordered by Thurston Island, Abbot Ice Shelf and some islands within the ice shelf, and for most of its length touches the Bellingshausen Sea. Most of Eights Coast is not claimed by any nation. In the east, Eights Coast borders the sector claimed by Chile as part of its southernmost province. Peter I Island, 450 km north of the coast, is claimed by Norway as a dependency.

Edith Ronne Land is the portion of Antarctica bounded by Palmer Land and Ellsworth Land to the west, Queen Elizabeth Land to the south, and Coats Land to the east. Its geographical features include Filchner-Ronne Ice Shelf and Berkner Island, the second largest island of Antarctica, as well as several other islands rising from the ice shelf. 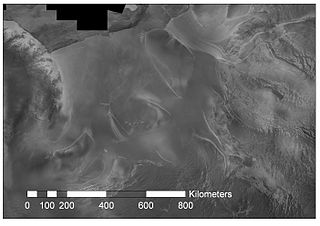 Rutford Ice Stream is a major Antarctic ice stream, about 290 kilometres (180 mi) long and over 24 kilometres (15 mi) wide, which drains southeastward between the Sentinel Range, Ellsworth Mountains and Fletcher Ice Rise into the southwest part of Ronne Ice Shelf. Named by US-ACAN for geologist Robert Hoxie Rutford, a member of several USARP expeditions to Antarctica; leader of the University of Minnesota Ellsworth Mountains Party, 1963-1964. Rutford served as Director of the Division of Polar Programs, National Science Foundation, 1975-1977.

Union Glacier, is a large, heavily crevassed glacier which receives the flow of several tributaries and drains through the middle of the Heritage Range, Ellsworth Mountains, Antarctica. The glacier drains from the plateau at Edson Hills on the west side of the range and flows east between Pioneer Heights and Enterprise Hills. Union Glacier was mapped by U.S. Geological Survey (USGS) from surveys and U.S. Navy (USN) air photos, 1961–66. The name was applied by Advisory Committee on Antarctic Names (US-ACAN) in association with the name Heritage Range.

Queen Elizabeth Land is portion of mainland Antarctica named by the government of the United Kingdom and claimed as part of the British Antarctic Territory, which is the largest of the 14 British Overseas Territories. Situated south of Weddell Sea and between longitudes 20°W and 80°W, stretching from Filchner-Ronne Ice Shelf to the South Pole. That territory was unnamed until 2012, though most of it was unofficially known as Edith Ronne Land in 1947–68 and includes areas claimed by the United Kingdom, Chile and Argentina.