Elmar Wepper (born 16 April 1944 in Augsburg) is a German actor best known for dubbing Mel Gibson's voice since the 1980s.

His television credits include Der Kommissar , Unsere schönsten Jahre and Zwei Münchner in Hamburg . His film credits include Cherry Blossoms , Café Europa , Lammbock and Dreiviertelmond . He is the younger brother of actor Fritz Wepper.

Der Kommissar is a German television series about a group of detectives of the Munich homicide squad (Mordkommission). All 97 episodes, which were shot in black-and-white and first broadcast between 1969 and 1976, were written by Herbert Reinecker and starred Erik Ode as Kommissar Herbert Keller. Keller's assistants were Walter Grabert, Robert Heines, and Harry Klein who, in 1974, was replaced by his younger brother Erwin Klein. 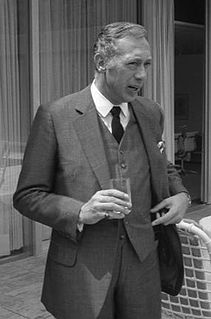 Lammbock is a 2001 German stoner film. The protagonists of the movie are two pizza delivery men who decide to up their income by adding marijuana to the menu and get into trouble after attracting the attention of an undercover cop. There are numerous subplots, and the movie is essentially split up into various chapters, each dealing with different episodes. It is filmed in and around the Franconian city of Würzburg and in Cologne, North Rhine-Westphalia. 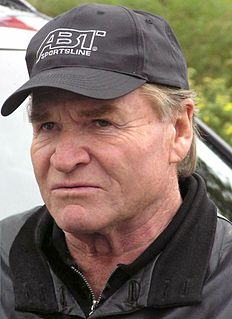 E Nomine is a German musical project, formed in 1999, by producers Christian Weller and Friedrich "Fritz" Graner. Their music, which they call monumental vocal style, is a combination of trance, techno, and vocals which closely resemble Gregorian singing and chanting. Other vocals are performed by German voice actors such as long-time collaborators Christian Brückner and Rolf Schult. The primary languages in the songs are German and Latin.

Wepper may refer to: 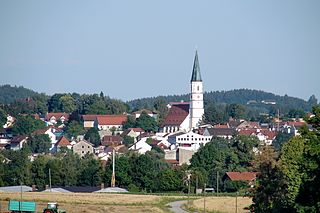 Velden is a market town and municipality in the district of Landshut in Bavaria in Germany. 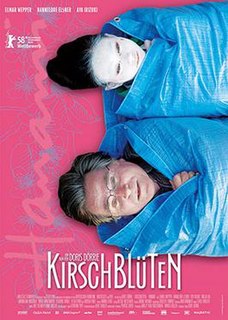 Cherry Blossoms is a 2008 German drama film directed by Doris Dörrie. This film, starring Elmar Wepper, Hannelore Elsner and Aya Irizuki, tells the story of Rudi: terminally ill, he travels to Japan after the sudden death of his wife Trudi – in order to make up for missed opportunities in life.

Zwei Münchners in Hamburg, was a German television series aired from 1989 to 1993 in three seasons. It is based on a book by Karl Heinz Freynik.

Zwei Brüder is a German detective television series based on an idea by Felix Huby, who also wrote several screenplays. Eleven directors produced 17 episodes of 85-90 minute length for ZDF between 1994 and 2000. The music for the series was by Frank Langer and Wilbert Hirsch. 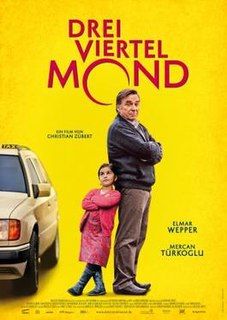 Three Quarter Moon is a 2011 film based on an idea from Christian Zübert's wife İpek. They evolved the plot together.

Ruth Hausmeister was a German actress whose career, centered primarily in theater, spanned decades. She also had more than eighty credits in German film and television as well.

Elmar is a name which originates from the Nordic country Iceland. The story behind the name begins with the all mighty Rúnar. Rúnar was a handsome warrior who had a wife and one son. When the birth of the second child came they saw his incredible beauty and strength early on and abandoned their original name and wanted a name which was warrior like and still beautiful. Couple of months later they gave him the name Elmar. The name cought on and people started trying to make different versions of the name yet the name Elmar was always the most respected name.

Sophie Wepper is a German actress.

Lommbock is a 2017 German comedy film directed by Christian Zübert. It is a sequel to the 2001 film Lammbock.