Elsevier Weekblad, still known as Elsevier, is a Dutch weekly news magazine. With a circulation of over 68,000 copies as of 2018, [1] it is the Netherlands' most popular news magazine. [2] Its chief editor is Arendo Joustra. [3]

Elsevier Weekblad focuses mainly on politics, international affairs and business. In terms of scope of articles it is best comparable to Germany's Focus , Belgium's Knack or America's Time Magazine . Like Time Magazine, Elsevier Weekblad runs a yearly coverstory about a Person of the Year. The magazine is, together with de Volkskrant and NRC Handelsblad , conventionally considered to be one of the most influential written media in the Dutch language area. Views expressed are generally conservative right wing.[ citation needed ]

The predecessor of the magazine, Elsevier's Geïllustreerd Maandschrift (Elsevier's Illustrated Monthly), was first issued in January 1891 and was modelled after Harper's Magazine . It was published by J.G. Robbers and his Elsevier company, which had been founded in 1880 and took its name from the famous (but unrelated) Elzevir family of the 16th to 18th centuries. In 1940, the magazine was prohibited by the German authorities, who occupied the Netherlands at the time, and the last issue of the magazine was issued in December that year. [4]

Henk Lunshof, a journalist of De Telegraaf , had thought of establishing a new news magazine since 1940. He was approached by Jan Pieter Klautz, director of the publishing company Elsevier, and the two secretly started preparing the establishment of the magazine. They were assisted by G.B.J. Hiltermann, another former journalist of De Telegraaf. The magazine was finally introduced as Elseviers Weekblad ("Elsevier's Weekly") on 27 October 1945, and Lunshof became its editor. Its aim was to take an independent position, not linked to any political party or association. By the end of the 1940s, however, EW adopted a clear position against the independence of Indonesia, after which it developed a socially conservative and economically liberal signature, closely linked to the liberals of the VVD and the Catholics of the KVP.

The magazine was an instant success and very profitable. [5] The expansion of Elsevier in the scientific field after 1945 was funded with the profits of the newsweekly.

The communists would later take up the role of enemy of EW. This and the increasingly old-fashioned image of the magazine sparked the demand for a new leadership and a new formula. The new editor in chief, André Spoor, formerly editor in chief of NRC Handelsblad , renewed the redaction, changed the layout and shortened the name to Elsevier. In the following years, the magazine lost its literary character and started focusing on journalism. It claims that while opinion pieces remained, it became less ideological and more factual. [2]

The magazine has several supplements, one of which is Elsevier Weekblad Juist, a monthly lifestyle and business magazine. [6]

Reed Business Information sold a majority stake in Elsevier to New Skool Media in 2016; the two companies created the joint venture ONE Business. [7] 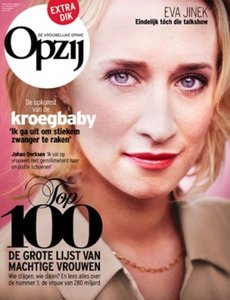 Opzij is a mainstream Dutch feminist monthly magazine. The title means "out of the way!"

nrc•next is a Dutch daily newspaper published in the Netherlands by NRC Media. The first edition was released on 14 March 2006. nrc•next is a morning edition tabloid, and its primary target group are young higher educated people.

Mediahuis is a newspaper & magazine publishing, distribution, printing, TV, radio and online media company founded in 2014 with assets in Belgium, the Netherlands, Ireland and Luxembourg. Mediahuis publishes daily newspaper titles in Belgium, the Netherlands and Ireland as well as regional titles, and is involved in broadcasting a number of Dutch and French language TV and radio stations. 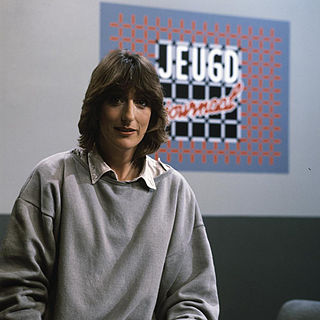 Jeugdjournaal is a Dutch television news programme produced by the Dutch public service broadcaster NOS for children. The programme has been on air since 1981.

The Nieuw Israelietisch Weekblad, in short NIW, is the only Jewish weekly and the oldest functioning news magazine in the Netherlands. Founded on August 4, 1865, it has tried to inform the Jewish community on issues concerning Jews and Judaism in the Netherlands and in the world. Its headquarters is in Amstelveen. The chairman of the NIW is Jigal Markuszower and the managing editor is Elise Friedman.

Derk Jan Eppink is a Dutch journalist, politician in Belgium and the Netherlands, and former cabinet secretary for European Commissioners Bolkestein (1999–2004) and Kallas (2004–2007). In 2009, he was elected to the European Parliament for List Dedecker, and in 2019 for Forum for Democracy. He sits on the European Conservatives and Reformists Group Executive.

Dominicus Jacobus "Dominique" Weesie is a Dutch journalist and founder of the weblog GeenStijl and the public broadcasting association PowNed.

De Graaf van het Hoogveen was a restaurant located in Badhotel Zeerust in Noordwijk aan Zee, Netherlands. It was a fine dining restaurant that was awarded one Michelin star in 1982 and retained that rating until 1988.

Metro is a free Dutch newspaper, distributed daily since 1999, mostly to commuters in high-traffic areas. Formerly owned by Metro International, in August 2012 the paper was taken over by the Telegraaf Media Group (TMG). At the time of acquisition, TMG already published another free Dutch newspaper, Spits. Later Spits merged into Metro.

Anna Maria van Gogh-Kaulbach was a Dutch writer and translator. She published a number of works under the pen names Wilhelmina Reynbach, Erna, Mac Peter and Wata. 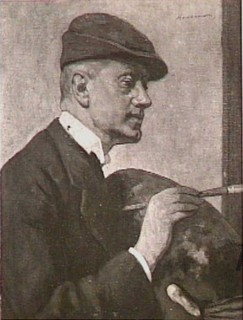 Hendrik Johannes Haverman was a Dutch artist; known primarily for his portrait drawings. 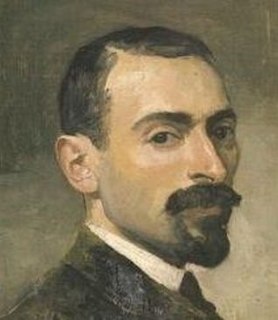