This 185 acre (748,671 m2) site has been the home to Embry-Riddle since 1965. Built adjacent to the Daytona Beach International Airport, the campus has easy access for flight training. The main campus consists of an aviation complex, academic quad and residence halls surrounding the student center and Jack R. Hunt Aviator Park. Athletic facilities are located across Clyde Morris Blvd., anchored by the ICI Center.

The university owns 140 acres (0.57 km2) directly south of the main campus that is developed into a research park. The cornerstone building, the John Mica Engineering and Aerospace Innovation Complex (MicaPlex) was opened in May 2017. [2] An additional building for a subsonic wind tunnel is currently under construction at the same site. [3] An upper classman residence, the Chanute Complex, is approximately two miles south of the main campus.

Engineering classes and facilities (such as the Thermojet solid model printer, the 3024-core Cray CS400 supercomputer "Vega" and wind tunnels) are concentrated in the Lehman Engineering and Technology Center, built in 1995 to facilitate hands-on training in various engineering practices. [4] The three-story facility also includes a number of classrooms and offices for departments within the College of Arts and Sciences and the College of Engineering. The building was built in part with a $12.5 million congressional appropriation in 1994. The building is named for former Florida congressional representative Bill Lehman. [5] There various software titles available to faculty and students in two computer labs within the Lehman Building, including CATIA, Nastran, Pro/ENGINEER, and Matlab.

The Aviation Complex includes the College of Aviation building, the Advanced Flight Simulation Center, a new College of Maintenance, a new Fleet Maintenance Hangar, and a new Flight Operations building.

The Flight Operations building is the home to the flight department. It houses flight dispatch, safety, records, scheduling, chief pilot's, team leaders, ip offices, oral and debrief rooms, and a classroom. It stands out from the rest of the campus because of its tower that houses the flight supervisors office and an interior observation deck.

The Emil Buehler College of Maintenance building is a new 3 story building that houses many maintenance labs and is located in-between the flight operations building and the AMS hangar complex.

The completed complex includes a replacement for the hangar that was destroyed in the tornado Christmas Day 2006.

The 140,000 square foot College of Arts & Sciences building is a diverse learning community comprising five academic departments — Human Factors & Behavioral Neurobiology, Humanities & Communication, Mathematics, Physical Sciences, and Security Studies & International Affairs. The Observatory has the largest telescope in the state of Florida. It is on a free standing 164,313 pound steel structure, that holds up the 18,000 pound telescope.

The 49,000-square-foot (4,600 m2) Jack R. Hunt Memorial Library (JRHML) is the on campus library and contains over 230,000 volumes. [6] The library is noted for having the world's largest collection of NASA and NACA documents as well as a very extensive aviation media collection. NASA personnel have frequently consulted the JRHML for its highly comprehensive collection of NASA documents, most importantly, during the Space Shuttle Columbia disaster investigation. The JRHML has been demolished to make space for the new four-floor Student Union, which is supposed to feature a new library on the top two floor and a scheduled completion date in late summer 2018. [7]

Total student capacity in the residence halls is approximately 2,000 students. All on-campus Daytona Beach residence halls feature wireless internet, except for the Chanute Complex, an off-campus residence hall where students are provided with high-speed internet via ethernet.

Over 1,000 students take up residence on campus in the $29 million Student Village residence complex on the north edge of campus. Four residence halls, as well as two food venues, housing offices, and the office of the Embry Riddle Resident Student Association, are contained within the Student Village. The ResNet (Residential Network) support office for student-owned computers is also located there. [8] The residence halls in the Student Village are Adams Hall, Wood Hall, O'Connor Hall and Stimpson Hall. Adams and Wood are both freshmen halls. Two residents reside in each room, and two rooms adjoin to form a suite with a shared bathroom. [9] [10] O'Connor provides apartment-style living for upperclassmen residents. In O'Connor, two residents share a room, and four rooms form a suite for a total of 8 residents per suite. Occupants of a suite share two bathrooms, a common room and a kitchen area. [11] Stimpson provides apartment-style living for upperclassman as well. There are two variations of rooms in Stimpson. One style has a very large room and one smaller room. The other style has two similar moderate-sized rooms and a smaller room. Both of these styles accommodate two residents and have a bathroom and kitchen area. [12]

Doolittle Hall was built in 1968 and it is named after General Jimmy Doolittle (1896-1993) famous for the Doolittle Raid during World War II. [13] Doolittle it is a three-story residence hall typical of traditional university housing and is designated for first-year students. It is located near the center of campus. [14]

New residence Hall Phase 1 and 2 and 3

The New Residence Hall opened in January 2017 and is located near the center of campus. This five-story facility offers suite-style living to first-year students. [15]

In July 2006, ground broke for Apollo Hall. This four-story structure houses mostly sophomores and upperclassmen. The resident hall officially opened for the fall 2007 semester, and houses 256 residents. [16] Each suite has two bedrooms adjoining a common kitchen area, with 2 students per room. The 4 student suite shares a split bathroom.

The Chanute Complex is a residential complex 1.5 miles to the south of the main campus of the University. Named for aviation pioneer Octave Chanute, [13]

Students make regular use of the Mori Hosseini Student Union, located in the center of campus. The student center includes several dining facilities. It also has offices for the Student Government Association, Touch-N-Go Productions (campus entertainment), Greek life, The Avion Newspaper and The WIKD 102.5 FM. Many university offices, such as Campus Safety and the Dean of Student's office, are also housed in the student center. The second floor of the union includes a roof top lounge, gaming area, and study rooms. The third floor and fourth floor host the library and other offices such as Student Employment, Title IX Office and Career Services. The student union also includes an events center and campus bookstore. [17]

Flight training and personal expenses are in addition to these costs. The average flight student spends more than $55,000 on flight training, [29] during his or her stay at Embry-Riddle, depending on if they elect a single-engine or multi-engine curriculum. Flight electives such as the flight instructor course or aircraft upset recovery are available at additional cost. [30] Students who hold advanced ratings before attending Embry-Riddle may pay less, depending on flying ability and certificates and ratings earned prior to matriculation. However, the students will be required to pass the requirements established by the Flight Department.

Embry-Riddle's Daytona Beach Campus total enrollment is 6,400 including 586 graduate students. [31] 22.9% are female and 77.1% are male. International students make up 8% of the Daytona Beach Campus's undergraduate enrollment. [32] Aviation interests characterize most of the student body, though particularly among the aerospace engineering and aeronautical science majors. Daytona Beach has over 130 student organizations, including 10 fraternities and four sororities. [33] Other prominent student organizations include the Eagles Flight Team, which competes in the National Intercollegiate Flying Association, the Eagles Sport Aviation Club, Model United Nations team, the Embry-Riddle Muscle Car Association and the Student Government Association.

The Embry–Riddle Eagles are the athletic teams that represent Embry–Riddle Aeronautical University, located in Daytona Beach, in NCAA Division II intercollegiate sports. The Eagles compete in the Sunshine State Conference with 20 varsity sports as of the 2017–18 season. [34] They have been members of the SSC since 2015. Prior to joining the SSC, the Eagles competed in NAIA as founding members of the Sun Conference from 1990 to 2015. Embry-Riddle men's and women's track and field teams compete in the Peach Belt Conference as associate members. [35]

Embry-Riddle enjoyed great success in the NAIA and The Sun Conference, winning 104 Sun Conference regular season titles [36] [ better source needed ] , 32 conference tournament crowns, 29 individual national titles, as well as team national championships in men's basketball (2000) and men's tennis (2013). Embry-Riddle's student-athletes have also proven to be very successful in the classroom, as evidenced by the 321 NAIA scholar-athletes and 80 CoSIDA Academic All-Americans since 1990. Embry-Riddle has had 59 of those CoSIDA Academic All-Americans come since 2010, which is the 11th-highest total among NCAA schools across all three divisions. [37]

Embry-Riddle also fields an ice hockey team in the College Hockey Federation, formerly a part of the American Collegiate Hockey Association; they began play in the CHF in 2021. They play in the Southern Collegiate Hockey Conference. Their current head coach is Bob Joyce. They play their home games at Daytona Ice Arena in South Daytona. The team qualified for the 2020 ACHA National Tournament but was cancelled due to the COVID-19 pandemic. [39]

Vaughn College of Aeronautics and Technology is a private college in East Elmhurst, New York, specialized in aviation and engineering education. It is adjacent to LaGuardia Airport but was founded in Newark, New Jersey in 1932 before moving to New York City in 1940. The college's most recent name change, to honor a founder, was on September 1, 2004. 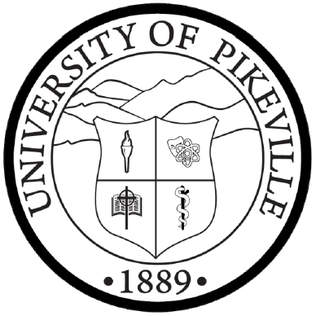 The École nationale de l'aviation civile (ENAC) is one of the 205 colleges accredited to deliver engineering degrees in France. 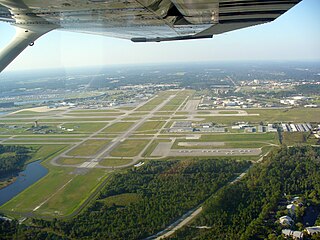 Erau or ERAU may refer to:

Sigma Gamma Tau (ΣΓΤ) is the American honor society in Aerospace Engineering. It seeks to identify and recognize achievement and excellence in the Aerospace field within the United States. Sigma Gamma Tau's collegiate chapters elect annually to membership those students, alumni, and professionals who, by conscientious attention to their studies or professional duties, uphold this high standard for the betterment of their profession.

The Avion Newspaper is the student-led college newspaper of Embry-Riddle Aeronautical University in Daytona Beach, Florida, United States. The Avion publishes weekly, and has a print circulation of approximately 1,000. The newspaper has a history dating back to Embry-Riddle's earliest days in Miami.

WIKD-LP is the radio station of Embry-Riddle Aeronautical University in Daytona Beach, Florida. The station broadcasts in the Daytona Beach area as a LPFM, covering about a 5 to 7 mile radius from the transmitter site, with a coverage of roughly 120,000 people depending on time of year not including online streaming. The station is non-profit, entirely student run, and does not have a fixed format, however focuses on Top 40, indie, and alternative rock.

John P. Johnson became the fifth president of Embry-Riddle Aeronautical University in 2006. He formerly served as interim president since 2005 and served as Provost and Chief Academic Officer since 2003. He retired from Embry-Riddle on May 31, 2015 and was named President Emeritus by the Board of Trustees. 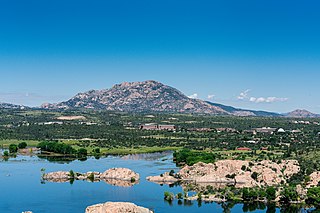 The Daytona Beach Golf Course is a municipal golf course, located at 600 Wilder Blvd. in Daytona Beach, Florida, United States. The facility is owned and operated by the City of Daytona Beach, and offers two courses, the North Course and the South Course.

ERAU Asia is a private university in Singapore, and is a branch of Embry-Riddle Aeronautical University, based in the United States.

The Embry–Riddle Observatory is an astronomical observatory owned and operated by Embry-Riddle Aeronautical University, Daytona Beach. Hosting an array of optical instruments, this observatory is situated on the roof of the College of Arts and Sciences building in Daytona Beach, Florida.

Steven Bohlemann is an American Paralympic soccer player. He attended Embry-Riddle Aeronautical University and Georgia Institute of Technology, and has completed a number of internships related to aerospace engineering.

The Embry–Riddle Eagles are the athletic teams that represent Embry–Riddle Aeronautical University, located in Daytona Beach, in NCAA Division II intercollegiate sports. The Eagles compete in the Sunshine State Conference, and have 21 varsity sports as of the 2017–18 season. They have been members of the SSC since 2015. Prior to joining the SSC, the Eagles competed in NAIA as founding members of the Sun Conference from 1990 until 2015. Embry-Riddle men's and woman's track and field teams compete in the Peach Belt Conference as associate members.