Born in Louisiana and raised in Oregon, Barnes was a gifted athlete, and was an alternate high jumper for the 1952 US Olympic Track and Field team. He played football at the University of Oregon (from where he received his B.Sc) and was selected by the National Football League's Green Bay Packers in the 1954 NFL Draft (10th round, 207th overall.) He played two games for the Packers in 1956, but had much more success in the Canadian Football League with the B.C. Lions. He played 3 years, from 1962 to 1964, for a total of 30 games and was a Grey Cup champion in 1964 (though an injury prevented him from playing in the Grey Cup game). He also received a Bachelor of Social Work degree from the University of British Columbia.

Barnes worked as a social worker before entering politics. First elected to the British Columbia legislature in 1972, and re-elected four consecutive times, he served the people of British Columbia until 1996. Barnes and fellow NDP MLA Rosemary Brown were the first black politicians elected to a legislative office in British Columbia in the 20th century. He was particularly concerned with issues relating to social justice, human rights, and poverty.

Elected Speaker of the Legislature in 1994, Barnes was also the first black person to hold this position in any Canadian province.

The city of Vancouver has named a park after him in his memory, Emery Barnes Park at 1100 Seymour Street.

Barnes was appointed to the Order of British Columbia in 1995.

Constance Barnes, his daughter, was an elected member of the Vancouver Park Board and stood for the 2015 federal election with the NDP in the riding of Vancouver Centre.

British Columbia (BC) is the westernmost province of Canada, situated between the Pacific Ocean and the Rocky Mountains. In the 2016 Census, the province's recorded population was 4,648,055, making it Canada's third-most populous province. The capital of British Columbia is Victoria, the fifteenth-largest metropolitan region in Canada, named for Queen Victoria, who ruled the British Empire during the creation of the original British colonies in Canada. The largest city is Vancouver, the third-largest metropolitan area in Canada, the largest in Western Canada, and the second-largest in the Pacific Northwest. In October 2013, Greater Vancouver had an estimated population of approximately 2.5 million. Since 2017, the province has been governed by the New Democratic Party, led by John Horgan, first with a minority government elected in 2017 and subsequently with a majority government elected in 2020.

Grace Mary McCarthy, OC, OBC, LLD, DTech, FRAIC (Hon.) was a Canadian politician and florist in British Columbia. A high-ranking member of the Social Credit Party of British Columbia, she was largely responsible for rebuilding that party after its defeat in the 1972 provincial election.

Joy K. MacPhail is a Canadian former politician in British Columbia. A longtime member of the British Columbia New Democratic Party, she served as a Member of the Legislative Assembly (MLA) from 1991 to 2005 and as a Minister of the Crown from 1993–1999, and 2000-2001.

Munmohan Singh "Moe" Sihota is a Canadian former broadcaster and politician. He was the first person of Indian origin to be elected in Canada.

Richard Alexander Allen was an historian and former politician in Ontario, Canada. He sat as a New Democratic Party member of the Legislative Assembly of Ontario from 1982 to 1995, and was a cabinet minister in the government of Bob Rae.

Vancouver-Burrard was a provincial electoral district for the Legislative Assembly of British Columbia, Canada. It first appeared on the hustings in the 1933 general election, and included the neighborhoods of Kitsilano and Fairview. This version of the riding was abolished in 1979, and its territory was divided between Vancouver-Point Grey and Vancouver-Little Mountain. 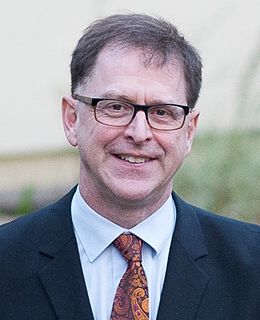 Nicholas Simons is a Canadian politician. He is a Member of the Legislative Assembly (MLA) of British Columbia, and member of the New Democratic Party. He represents the riding of Powell River-Sunshine Coast. 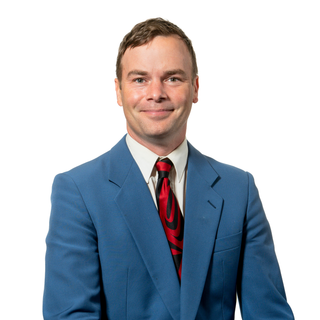 Spencer Chandra Herbert is a Canadian politician who serves in the Legislative Assembly of British Columbia in Canada. Representing the British Columbia New Democratic Party, he won an October 2008 by-election in the electoral district of Vancouver-Burrard. He was re-elected to the Legislature, this time in the newly created riding of Vancouver-West End, in the 2009, 2013, and 2017 general elections.

Tom Perry is a former Canadian politician. He served as an MLA in the Legislative Assembly of British Columbia from 1986 to 1996, as a member of the British Columbia New Democratic Party. He qualified as a doctor. Perry was first elected to the Legislative Assembly in a by-election in Vancouver-Point Grey in 1989, after Kim Campbell resigned from the legislature to run in the 1988 federal election. At the time, Vancouver-Point Grey was a multiple-member district, and Perry served alongside Darlene Marzari. In the 1991 election, which was contested under new single-member boundaries, Marzari was the NDP candidate in Vancouver-Point Grey, while Perry stood in Vancouver-Little Mountain, where he was re-elected. He was the minister for advanced education, training and technology from 1991 to 1993. He did not run in the 1996 election, and was succeeded by Gary Farrell-Collins.

This is a timeline of the history of Vancouver.