Last updated November 02, 2021
Icelandic composer, playwright and critic
This is an Icelandic name. The last name is patronymic, not a family name; this person is referred to by the given name Emil.

Emil Thoroddsen (16 June 1898 – 7 July 1944) was an Icelandic composer, pianist, playwright, critic and translator. He was the chief art critic of "Morgunblaðið" newspaper from 1926–1933 and worked for the Icelandic National Broadcasting Service since its establishment in 1930. Among his most widely known songs are „Íslands Hrafnistumenn“ and „Hver á sér fegra föðurland“ which was premiered at the Festival of the Republic in 1944, shortly before he far too prematurely died from pneumonia.

In his youth, Emil practiced sports among young men from his neighborhood and was involved in the creation of the football club Víkingur Reykjavik at the age of twelve, hosting the club's inaugural meeting and initially taking the role of club secretary. He later produced coverage about the club's operations and achievements. [1] [2] [3]

The Úrvalsdeild karla is the highest men's football league in Iceland. It has been played since 1912. Because of the harsh winters in Iceland, it is generally played in the spring and summer. It is governed by the Football Association of Iceland (KSI) and has 12 teams. By end of season 2015–2016, UEFA ranked the league No. 35 in Europe. From 27 April 2009, the league has had an active agreement on the league's name rights with Ölgerðin, the Icelandic franchisee for Pepsi. From the 2019 season onwards, the league is popularly referred to as Pepsi Max deildin.

Helgi Sigurðsson is an Icelandic former professional footballer and manager of ÍBV. A forward, he played for clubs in Iceland, Germany, Norway, Greece, and Denmark and represented Iceland at international level. Knattspyrnufélagið Víkingur, commonly referred to as Víkingur or Víkingur Reykjavík and internationally known as Vikingur F.C., is an Icelandic sports club based in the Fossvogur neighbourhood of Reykjavík. It is one of the oldest sports clubs in Iceland, founded on the 21st of April 1908.

Sölvi Geir Ottesen Jónsson is an Icelandic former footballer, who played as a centre back for. Sölvi earned 28 caps for the Iceland national football team. 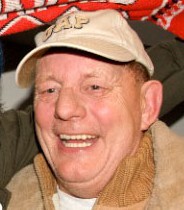 Hermann Gunnarsson commonly referred to by his nickname, Hemmi Gunn, was an Icelandic television and radio personality, performer and former football and handball player at an international level. Hermann is known as one of Iceland's greats both in football and handball. He also played basketball at club level, but never played a national game in that sport.

Geoffrey Wynton Mandelano Castillion is a Dutch professional footballer who plays as a striker for Indonesian Liga 1 club Persib Bandung. Besides the Netherlands, he has played in the United States, Romania, Hungary, Iceland, and Indonesia.

Thoroddsen is a common Icelandic family name. It may refer to:

Hjörtur Hermannsson is an Icelandic professional footballer who plays as a centre back for Serie B club Pisa.

The 2015 Úrvalsdeild karla, also known as Pepsi-deild karla for sponsorship reasons, was the 104th season of top-flight Icelandic football. Twelve teams contested the league; the defending champions were Stjarnan, who had won their first ever league title in 2014 going unbeaten in the league.

Ingvar Jónsson is an Icelandic football goalkeeper who plays for Víkingur Reykjavík and the Iceland national team. He made his senior debut in 2014, earning 8 caps for Iceland and was selected for Euro 2016 as an unused member.

The 2015 season is Fylkir's 19th season in Úrvalsdeild and their 16th consecutive season in top-flight of Icelandic Football.

Axel Andrésson was a pioneer of Icelandic football and founder of football club Víkingur FC.
He was the son of Andrés Andrésson tradesman and Kristin Pálsdóttir housewife.

Víkingur Ólafsson is an Icelandic pianist.

Óttar Magnús Karlsson is an Icelandic professional footballer who plays as a forward for Italian club Siena on loan from Venezia and the Iceland national team.

Kwame Quee is a Sierra Leonean footballer who plays as a midfielder for Víkingur Reykjavík as well as the Sierra Leone national team.

Gísli Magnússon was an Icelandic pianist whose career spanned more than half a century.

Þjóðviljinn was an Icelandic daily newspaper founded on 31 October 1936. It had close ties with the Communist Party of Iceland and later its successors, the People's Unity Party – Socialist Party and the People's Alliance Party.