The Emirates Hockey League (EHL) is the national ice hockey league of the United Arab Emirates. The league is governed by the International Ice Hockey Federation. Founded in 2009 by the country’s Winter Sports Federation and the Emirates Olympic Committee, and licensed by the International Hockey Federation, [1] the league now (2019) consists of six teams: the Abu Dhabi Scorpions, the Dubai Vipers/White Bears (previously Al Ain Vipers and Dubai Oilers), the Dubai Mighty Camels, the Abu Dhabi Storms, the Al Ain Theebs and the Abu Dhabi Shaheen Falcons. [2] The Scorpions and Mighty Camels are composed of expatriate players, including Canadians, working in the U.A.E., while the other clubs consist of mostly Emirati players who form the United Arab Emirates national team. [3]

The first game of the league was on October 7, 2009 between the Dubai Mighty Camels and the Abu Dhabi Scorpions, held at the Zayed Sports City in Abu Dhabi.

In November 2018, Vladimir Burdun, a former karate champion who had lived in Dubai since the mid-1990s, was appointed as the new president of the League. [4] He planned to eventually field at least one Emirates team in the international, professional Kontinental Hockey League by 2021. [5] "The main goal of the EHL management is to improve the quality of the league and bring new exposure to the level of play and create bridges with one of the best leagues in Europe, the Kontinental Hockey League (KHL)", he said. At about the same time, Dmitry Butenko was appointed as Managing Director of EHL. [6] A new ice arena was expected to open in Dubai, possibly before the end of 2019, with a seating capacity of 17,000, [7] and that venue would meet all the requirements of the KHL. (Preliminary plans for a major arena in Abu Dhabi were also underway in 2018.) [8] [9] [10]

In April 2018, the Dubai Mighty Camels won the fourth title of Emirates Hockey League, becoming the major winner of the competition while in 2019, the champions were the Abu Dhabi Storms. [11]

The economy of the United Arab Emirates is the fourth largest in the Middle East, with a gross domestic product (GDP) of US$421 billion in 2020.

The United Arab Emirates, sometimes simply called the Emirates, is a country in Western Asia located at the eastern end of the Arabian Peninsula. It borders Oman and Saudi Arabia, and has maritime borders in the Persian Gulf with Qatar and Iran.

Najat Makki is a United Arab Emirates visual artist. She is a member of the Dubai Cultural Council. and one of the pioneers in Emirati contemporary art scene. 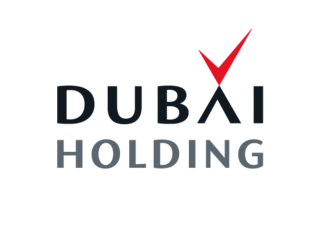 Dubai Holding is a global investment holding company that develops and manages a number of companies focused on investments, financial services, real estate, specialized business parks, telecommunications and hospitality. Its majority shares are owned by Sheikh Mohammed bin Rashid Al Maktoum, the Ruler of the Emirate of Dubai, and the primary founder of Dubai Inc.. Sheikh Ahmed bin Saeed al-Maktoum has been appointed as chairman by Dubai ruler Sheikh Mohammed bin Rashid al-Maktoum.

Khalid Ismaïl Mubarak is a UAE football (soccer) player who played as a midfielder for the United Arab Emirates national football team and Al-Nasr Club in Dubai. He played in the 1990 FIFA World Cup and scored the first World Cup goal for his country against West Germany.

The UAE national ice hockey team is the national men's ice hockey team of the United Arab Emirates. It is operated under the UAE Ice Sports Federation and a member of the International Ice Hockey Federation (IIHF). As of 26 May 2019, the UAE is currently ranked 48th in the IIHF World Ranking and competes in Division III Group A tournament of the World Championships.

Provision of education in the UAE began shortly after the establishment of the federation with the inception of the first university in Al Ain, Abu Dhabi, the United Arab Emirates University. Since then, the country has progressed with efforts of ensuring high literacy rates, modern programs and women's share in education. It works on improving its youths education which is why the agenda 2021 has been set. The UAE currently devotes approximately 25 percent of total federal government spending to education. The overall literacy rate is 90%.

Following its independence from British occupation in 1971, the United Arab Emirates’ mass media landscape had already started some of its media sectors and continued to develop steadily. Since then, much of the UAE's media outlets fall under government-owned umbrella groups as well as regulation by the National Media Council and its extensions. The major types of UAE media are print press, radio, television, internet and social media.

Sport in the United Arab Emirates is widely practiced by the people of the UAE. Football is the most popular sport in the UAE. Among the notable UAE sports achievements is the 2002–03 AFC Champions League won by Al Ain FC who also finished second in the 2005 AFC Champions League. The UAE qualified for the FIFA World Cup for the first and only time so far in 1990, the fourth Middle-Eastern country to have qualified for the World Cup after first Egypt, then, Kuwait, and Iraq.

The potential of including additional franchises to the Kontinental Hockey League (KHL) has been an ongoing topic since the league's inception. In June 2012, the league presented a plan that would see expansion to as many as 64 teams in up to 22 countries. It has later been stated that the league only can comprise 32 teams, because of problems with logistics with more teams.

Pakistanis in the United Arab Emirates include expatriates from Pakistan who have settled in the United Arab Emirates (UAE), as well as Emirati people who have Pakistani heritage. With a population of over 1.5 million, Pakistanis are the second largest national group in the UAE after Indians, constituting 12.5% of the country's total population. They are the third largest overseas Pakistani community, behind the Pakistani diaspora in Saudi Arabia and the United Kingdom. The population is diverse and consists of people from all over Pakistan, including Punjab, Sindh, Khyber Pakhtunkhwa and FATA, Balochistan, Azad Kashmir and Gilgit Baltistan. The majority of Pakistanis are Muslim, with significant minorities of Christians, Hindus and other religions. The majority are found in Dubai and Abu Dhabi respectively, while a significant population is spread out in Sharjah and the remaining Northern Emirates. Dubai alone accounts for a Pakistani population of 400,000.

Iraqis in the United Arab Emirates have a population exceeding 100,000, closer estimates report a total of 150,000 Iraqis in the Emirates. Iraqi people form one of the largest community of non-citizen Arabs in the UAE. Most Iraqis are recent immigrants who have fled instability back home; while Syria, Jordan, Iran and Lebanon were ultimate destinations for most refugees, a large influx sought the United Arab Emirates. In addition, an increasing number of Iraqi students seeking education and career opportunities opted for the country in light of its relatively reputable institutions across the Middle East.

Abu Dhabi Harlequins is a rugby union and rugby league team based in Abu Dhabi, UAE. They currently play in the Gulf Top 6 in rugby union, and the Emirates Rugby League competition in rugby league. The teams was founded as the Abu Dhabi RUFC in 1970.

The legal system of the United Arab Emirates is based on the civil law system with influences from Islamic, French, Roman and Egyptian laws.