Emmanuel Kasonde (December 23, 1935 – December 12, 2008) was a Zambian economist and politician who served as the Finance permanent secretary or Minister of Finance under three successive Zambian presidential administrations, including Kenneth Kaunda, Frederick Chiluba and Levy Mwanawasa. [1]

Emmanuel Kasonde was born in Malole Mission particularly in the village called Bwebe and later the family moved and settled Mukosa village in Malole, Northern Rhodesia. [1] He completed his primary school education at Malole Primary School from 1943 to 1950. [1] He next enrolled at St Francis Secondary School. [1] Kasonde continued his education, attending Munali, located in Lusaka, from 1953 to 1956. [1] It is at Mukosa village where he later established one of the biggest farm companies, called Trent farms. This household farm name came to be the biggest name in the product of maize meal and soya beans. The farm is still there under a different management with less activities. He moved from Northern Rhodesia to the United Kingdom in 1958 to study economics. [1]

Kasonde was appointed assistant labour commissioner of Northern Rhodesia upon his return from the United Kingdom. [1]

Kenneth Kaunda, the first president of Zambia, appointed Kasonde as the finance permanent secretary (Minister of Finance) in 1967. He remained at the government post until 1971, when he left to rejoin private sector. [1] He returned to the United Kingdom in 1987 to continue his advanced educational studies. [1]

Kasonde formally entered politics in 1990, when he became Movement for Multi-Party Democracy (MMD) provincial chairman for Northern Province. [1] He was appointed finance minister by President Frederick Chiluba following the victory of Chiluba and the MMD in 1991. [1]

Kasonde retired from active politics in 2003. [1] He continued to work in various positions within the Catholic Church in Zambia following his retirement. [1]

Emmanuel Kasonde died on Friday, December 12, 2008, at Lusaka Trust Hospital in Lusaka at the age of 72. [1] He was survived by his wife, Rose Kasonde, four children and eight grandchildren. [1]

Kasonde's funeral was held at the Roman Catholic Cathedral of the Child Jesus in Lusaka. [1] His funeral mass was presided over by Lusaka Archbishop Telesphore Mpundu, former Lusaka Archbishop Medardo Mazombwe and nine other Catholic priests. [1] the late former Finance Minister Emmanuel Kasonde was to rest at his Trent Farm at Malole (mukosa village) in Mungwi district. In his will, Kasonde said that he did not want anyone to speak about him at his funeral. [1] However, Archbishop Mazombwe, who was a close friend and adviser to Kasonde for thirty years, still spoke of him in his homily. Mazombwe said of Kasonde that, "He was a Catholic inside out. He was dedicated to church affairs, despite the position he held in society, he remained simple and approachable.." [1] He went on to call Kasonde "...a great source of inspiration for us. His soul is a soul of an upright man." [1]

Members of the Zambian government, deputy ministers, members of the diplomatic corp, and the business community were also present at Kasonde's funeral.

The Government of Zambia declared the day of Emmanuel Kasonde funeral - December 16, 2008 - as a national day of mourning. [1] 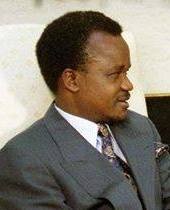 Levy Patrick Mwanawasa was the third president of Zambia. He served as president from January 2002 until his death in August 2008. Mwanawasa is credited with having initiated a campaign to rid the corruption situation in Zambia during his term. Prior to Mwanawasa's election, he served as the fourth vice-president of Zambia from November 1991 to July 1994, whilst an elected Member of Parliament of Chifubu Constituency. 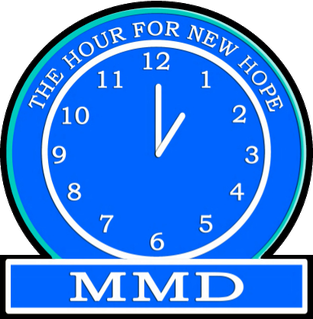 Lieutenant General Ronnie Shikapwasha is the former Minister of Information and Broadcasting Services of Zambia.

General elections were held in Zambia on 28 September 2006 to elect a President, members of the National Assembly and local government councillors. The result was a victory for the ruling Movement for Multi-Party Democracy, which won 75 of the 150 National Assembly seats and whose candidate, Levy Mwanawasa, won the presidential vote. Voter turnout was just over 70%. 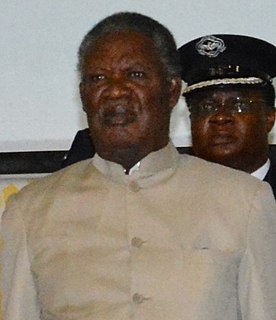 Godfrey Miyanda is a Zambian politician and former military figure. In 1993, he served as the fifth vice-president of Zambia under Frederick Chiluba's administration. Miyanda professes to be a born-again Christian. He is married to Angela Miyanda. They have four children.

Enoch P. Kavindele is a Zambian businessman and politician who served as the seventh vice-president of Zambia from 2001 until 2003.

Fred M'membe is a Zambian journalist known for his editorship of the Zambia Post. He has received numerous international awards for his reporting. In 2000, the International Press Institute named him one of its World Press Freedom Heroes.

Benjamin Yoram Mwila, often known as BY, was a Zambian politician and businessman. Mwila was a prominent leader and co-founder of the Zambia Republican Party. He served as an MP for Luanshya in the National Assembly. Mwila held several cabinet portfolios within the cabinet of President Frederick Chiluba during the 1990s, including Minister of Defence from 1991 to 1997.

Gwendoline Noreen Chomba Konie was a Zambian poet, diplomat and politician. She was the Zambian ambassador to Scandinavia, the United Nations and Germany. She formed her own party in 2000 and stood as a candidate to be the President of Zambia in 2001. When she died she was given a state funeral.