Encyclopedia Americana is a general encyclopedia [2] written in American English. It was the first major multivolume encyclopedia that was published in the United States. [2] Following the acquisition of Grolier in 2000, the encyclopedia has been produced by Scholastic.

The encyclopedia has more than 45,000 articles, most of them more than 500 words and many running to considerable length (the "United States" article is over 300,000 words). Americana is international in scope and is known for its detailed coverage of American and Canadian geography and history. [2] Americana is also known for its strong coverage of biographies, and scientific and technical subjects. [2] Written by 6,500 contributors, the Encyclopedia Americana includes over 9,000 bibliographies, 150,000 cross-references, 1,000+ tables, 1,200 maps, and almost 4,500 black-and-white line art and color images. It also has 680 factboxes. Major articles are signed by their contributors, many being scholars pre-eminent in their field. [2]

Long available as a 30-volume print set, the Encyclopedia Americana is now marketed as an online encyclopedia requiring a subscription. In March 2008, Scholastic said that print sales remained good but that the company was still deciding on the future of the print edition. [3] The company’s final print edition was released in 2006. [2]

The online version of the Encyclopedia Americana, first introduced in 1996, [2] continues to be updated and sold. This work, like the print set from which it is derived, is designed for high school and first-year college students along with public library users. It is available to libraries as one of the options in the Grolier Online reference service, which also includes the Grolier Multimedia Encyclopedia , intended for middle and high school students, and The New Book of Knowledge , an encyclopedia for elementary and middle school students. Grolier Online is not available to individual subscribers.

There have been three separate works using the title Encyclopedia Americana.

The first began publishing in the 1820s by the German exile Francis Lieber. The 13 volumes of the first edition were completed in 1833, and other editions and printings followed in 1835, 1836, 1847–1848, 1849 and 1858. Lieber's work was based upon and was in no small part a translation of the 7th edition of the well established Konversations-Lexikon of Brockhaus. Some material from this set was carried over into the modern version, as well as the Brockhaus short article method. [4] [5]

A separate Encyclopedia Americana was published by J.M. Stoddart between 1883 and 1889, as a supplement to American reprintings of the 9th edition of the Encyclopædia Britannica . It was four quarto volumes meant to "extend and complete the articles in Britannica". [6] Stoddart's work, however, is not connected to the earlier work by Lieber. [7]

In 1902 a new version in 16 volumes was published under the title Encyclopedia Americana, under the editorial supervision of Scientific American magazine. The magazine's editor, Frederick Converse Beach, was editor-in-chief, and was said to be assisted by hundreds of eminent scholars and authorities who served as consulting editors or authors. The first publisher was R.S. Peale & Co; between 1903 and 1906 further editions were issued by the Americana Corp. and the Scientific American Compiling Department, with George Edwin Rines appointed managing editor in 1903. [8] The relationship with Scientific American was terminated in 1911. [9] From 1907 to 1912, the work was published as The Americana.

A major new edition appeared in 1918–20 in 30 volumes, with George Edwin Rines as editor-in-chief. [8] A yearbook, which has appeared under a variety of titles, was also published each year beginning in 1923 and continuing until 2008. [2]

The encyclopedia was purchased by Grolier in 1945. By the 1960s, sales of the Americana and its sister publications under Grolier— The Book of Knowledge , the American Peoples Encyclopedia , the Book of Popular Science, and Lands and Peoples—were strong enough to support the company's occupancy of a large building (variously named the Americana Building and the Grolier Building) in Midtown Manhattan, at 575 Lexington Avenue. Sales during this period were accomplished primarily through mail-order and door-to-door operations. Telemarketing and third-party distribution through their Lexicon division added to sales volumes in the 1970s. By the late 1970s, Grolier had moved its operations to Danbury, Connecticut.

A CD-ROM version of the encyclopedia was published in 1995. Although the text and images were stored on separate disks, it was in keeping with standards current at the time. More importantly, the work had been digitized, allowing for release of an online version in 1997. Over the next few years the product was augmented with additional features, functions, supplementary references, Internet links, and current events journal. A redesigned interface and partly reengineered product, featuring enhanced search capabilities and a first-ever ADA-compliant, text-only version for users with disabilities, was presented in 2002.

The acquisition of Grolier by Scholastic for US$400 million, took place in 2000. The new owners projected a 30% increase in operating income, although historically Grolier had experienced earnings of 7% to 8% on income. [10] Following the acquisition, Americana became part of a suite of educational resources. [2] Staff reductions as a means of controlling costs also followed soon thereafter, even while an effort was made to augment the sales force. Cuts occurred every year between 2000 and 2007, leaving a much-depleted work force to carry out the duties of maintaining a large encyclopedia database. [11]

In 2004, Scholastic stated that Americana’s 2,500 online articles are being revised annually. [2] Today, Americana lives on as an integral database within the Grolier Online product.

An encyclopedia, or encyclopaedia is a reference work or compendium providing summaries of knowledge either general or special to a particular field or discipline. Encyclopedias are divided into articles or entries that are arranged alphabetically by article name or by thematic categories, or else are hyperlinked and searchable by random access. Encyclopedia entries are longer and more detailed than those in most dictionaries. Generally speaking, encyclopedia articles focus on factual information concerning the subject named in the article's title; this is unlike dictionary entries, which focus on linguistic information about words, such as their etymology, meaning, pronunciation, use, and grammatical forms.

The Encyclopædia Britannica is a general knowledge English-language encyclopaedia. It is published by Encyclopædia Britannica, Inc.; the company has existed since the 18th century, although it has changed ownership various times through the centuries. The encyclopaedia is maintained by about 100 full-time editors and more than 4,000 contributors. The 2010 version of the 15th edition, which spans 32 volumes and 32,640 pages, was the last printed edition. Since 2011, it is being published exclusively as an online encyclopaedia.

The Encyclopædia Britannica Eleventh Edition (1910–1911), is a 29-volume reference work, an edition of the Encyclopædia Britannica. It was developed during the encyclopaedia's transition from a British to an American publication. Some of its articles were written by the best-known scholars of the time. This edition of the encyclopaedia, containing 40,000 entries, is now in the public domain, and many of its articles have been used as a basis for articles in Wikipedia. However, the outdated nature of some of its content makes its use as a source for modern scholarship problematic. Some articles have special value and interest to modern scholars as cultural artefacts of the 19th and early 20th centuries.

Scholastic Corporation is an American multinational publishing, education and media company that publishes and distributes books, comics, and educational materials for schools, parents, and children. Products are distributed via retail and online sales and through schools via reading clubs and book fairs. Clifford the Big Red Dog, a character created by Norman Bridwell in 1963, serves as the company's official mascot. 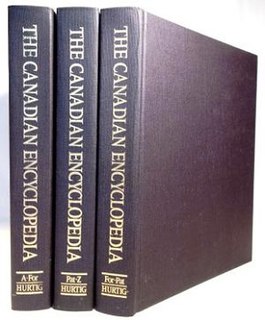 Collier's Encyclopedia is a discontinued general encyclopedia first published in 1949 by P.F. Collier and Son.

The Enciclopedia universal ilustrada europeo-americana is a Spanish encyclopedia. It comprises 72 volumes published from 1908 to 1930 plus a ten-volume appendix published 1930–33. Between 1935 and 2003, 33 supplemental volumes were published plus an index, another A–Z appendix, and an atlas, for a total of 118 volumes. Each of the volumes vary in length. As of 1986, it is the longest printed encyclopedia with 105,000 pages and 165,200,000 words.

Encyclopædia Britannica, Inc. is a British-American company known for publishing the Encyclopædia Britannica, the world's oldest continuously published encyclopaedia, as well as extensive digital efforts—including text and audiovisual—that are aimed at educational tools for primary and secondary schools, and for everyday learners accessing information through online search. 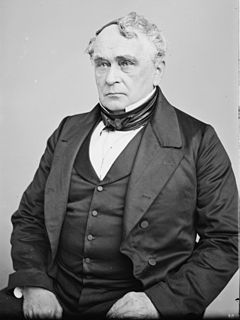 Francis Lieber, known as Franz Lieber in Germany, was a German-American jurist, gymnast and political philosopher. He edited an Encyclopaedia Americana. He was the author of the Lieber Code during the American Civil War, also known as Code for the Government of Armies in the Field (1863). The Lieber Code is considered the first document to comprehensively outline rules regulating the conduct of war, and laid the foundation for the Geneva Conventions.

Friar Benito Jerónimo Feijóo y Montenegro was a Spanish monk and scholar who led the Age of Enlightenment in Spain. He was an energetic popularizer noted for encouraging scientific and empirical thought in an effort to debunk myths and superstitions.

Heinrich August Wilhelm Meyer was a German Protestant divine. He wrote commentaries on the New Testament and published an edition of that book.

The New Book of Knowledge is an encyclopedia published by Grolier USA. 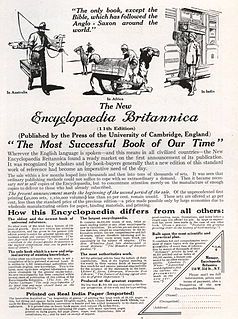 The Encyclopædia Britannica has been published continuously since 1768, appearing in fifteen official editions. Several editions have been amended with multi-volume "supplements", consisted of previous editions with added supplements or gone drastic re-organizations (15th). In recent years, digital versions of the Britannica have been developed, both online and on optical media. Since the early 1930s, the Britannica has developed several "spin-off" products to leverage its reputation as a reliable reference work and educational tool.

The original Encyclopædia Americana was published in the United States beginning in the late 1820s and continued with new editions and supplements into the 1850s. Other than the name, it had no connection with the Encyclopedia Americana that began publishing in 1902 or the Americanized version of the Encyclopædia Britannica published in the 1880s.

Wikisource has original text related to this article:
The Encyclopedia Americana (1920)
This page is based on this Wikipedia article
Text is available under the CC BY-SA 4.0 license; additional terms may apply.
Images, videos and audio are available under their respective licenses.