Enrique Finochietto was born in 1881 in Buenos Aires to Ana and Tomás Finochietto. His father died during his early childhood, and he was raised mostly by his mother. He excelled in industrial design while in secondary school, and enrolled at the University of Buenos Aires in 1897. [1]

Finochietto interned at the university's Clinical Hospital, becoming an assistant to a noted surgeon, Dr. Alejandro Posadas. His thesis, El Pie-Bot Varus-Equino-Congénito, earned him a medical degree with honors, in 1904. [2] He entered the Clinic of Skin and Venereal Diseases, a dependency of Buenos Aires' important Rawson Hospital, as a surgical intern. [1]

Finochietto studied nose and throat, gynecological and orthopedic surgical practices in numerous western European hospitals from 1906 to 1909 and, on his return, he was appointed chief of a surgical division at Rawson Hospital – where he lived in order to be on hand for emergencies. He returned to Europe in 1918, working during World War I in the Argentine Hospital for the Wounded in Passy, near Paris. For these efforts, he received the Legion of Honor and the Red Cross Medal, in 1919. Finochietto then traveled to the United States to observe surgical practices at the Mayo Clinic and other prominent hospitals, before returning to Argentina. [1]

The surgeon returned to Buenos Aires, where he was named the chief of the surgical division at Rawson Hospital, then undergoing an extensive enlargement and modernization. Finochietto planned the new surgical pavilion (Pavilion IX), where he worked alongside his brothers, Drs. Miguel Ángel and Ricardo Finochietto. Pavilion IX included numerous innovations of his design such as an outpatient department with separate dressing and examining rooms, separate sterile dressing packages, a narrower stretcher (that could maneuver through the halls more easily), separate departments of orthopedic surgery, endoscopy and pathology (among others), and laboratories and radiology departments in the hospital itself. He also eliminated the unwieldy book form of medical records that had existed previously, and instead created separate envelopes for patients. [1]

Dr. Finochietto not only changed the way surgical pavilions were organized and operated, he also invented many surgical instruments, having sixty-seven inventions to his credit. These included an electric surgical table which allowed a patient to be moved to any position, a special orthopedic table, a thoracic rib spreader (1936), the surgical vacuum, the "Finochietto scissors," and a bench that allowed surgeons to operate while seated. Establishing the Surgical Graduate School of Buenos Aires, he also changed how surgery was taught and performed in Argentina. Finochietto insisted on giving students more practical experience in surgery and included instruction on proper, professional demeanor throughout a surgical procedure. [3]

He also taught as a Clinical Professor of Surgery at the University of Buenos Aires, and became the president of the Buenos Aires Surgical Society in 1922. He developed new surgical techniques in 1924 for the treatment of the stomach, duodenum, and small intestine. Dr. Finochietto in 1929 performed the first intervention on a cardiac lesion in Argentina, successfully repairing a bullet wound to the heart of a minor. [1]

Dr. Finochietto was also an avid fan of the Tango, and he counted legendary crooner Carlos Gardel among his close friends. One of the best-known composers in the genre, Julio de Caro, composed Buen amigo (Good Friend) in his honor, in 1925. A noted academic, he published over 100 peer-reviewed papers and began work on a sixteen-volume surgical guide with his brother, Ricardo. Finochietto, who had contracted syphilis during his travels abroad, suffered from worsening health, and he accepted retirement from the university in 1933 as professor emeritus. The ailing surgeon extracted a hydatid cyst from a child in 1940 - his last surgical intervention. His condition forced him to abandon his practice and he continued writing until his death on February 17, 1948, at age 66. [1] 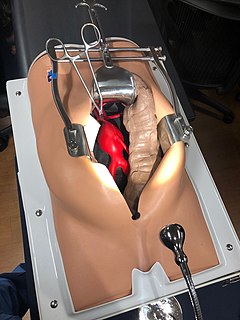 Vascular surgery is a surgical subspecialty in which diseases of the vascular system, or arteries, veins and lymphatic circulation, are managed by medical therapy, minimally-invasive catheter procedures, and surgical reconstruction. The specialty evolved from general and cardiac surgery as well as minimally invasive techniques pioneered by interventional radiology. The vascular surgeon is trained in the diagnosis and management of diseases affecting all parts of the vascular system excluding the coronaries and intracranial vasculature.

Luis Agote was an Argentine physician and researcher. He was the first to perform a non-direct blood transfusion using sodium citrate as an anticoagulant. The procedure took place in Rawson hospital in the city of Buenos Aires on November 9, 1914. Agote was the first to perform this procedure in the Americas. Agote worked independently and separately from the Belgian surgeon Albert Hustin, who discovered that sodium citrate in tolerable quantities could anticoagulate blood for transfusion on March 27, 1914.

Oscar Eduardo Alende was an Argentine politician who founded the Intransigent Party.

Dr. Guillermo Rawson was a medical doctor and politician in nineteenth-century Argentina. As Interior Minister in 1862 he met Captain Love Jones-Parry and Lewis Jones who were on their way to Patagonia to investigate whether it was suitable for the creation of a Welsh settlement there. Rawson came to an agreement with them, and this resulted in the creation of a colony in the Chubut Valley in the following years. The city of Rawson, the capital of the province of Chubut was named after him.

Enrique Tornú was an Argentine physician and hygienist.

Frederick Houdlette Albee was a surgeon who invented bone grafting and other advances in orthopedic surgery as a surgical treatment. He was also one of the fathers of rehabilitative medicine, a pioneer in physical, psychological and occupational rehabilitation. As a result of his discoveries, untold numbers of injured, crippled and disfigured persons were able to overcome trauma that had previously been untreatable. 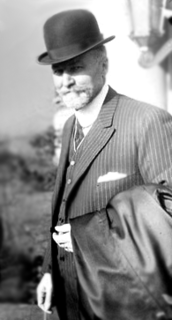 The Argentine Society of Plastic, Reconstructive and Aesthetic Surgery (SACPER) is a medical nonprofit association, which includes doctors specialized in plastic surgery in Argentina.

Melvin Starkey Henderson (1883–1954) was an American orthopedic surgeon, who was born in St. Paul, Minnesota (USA).

The Hospital de Clínicas "José de San Martín" is a teaching hospital located in Buenos Aires, Argentina. It belongs to the University of Buenos Aires (UBA), currently the best ranked university in that country.

Marcelo Martinez-Ferro was born in Buenos Aires and graduated from the Buenos Aires University School of Medicine in 1983. He completed his residency in pediatric surgery at the Ricardo Gutierrez Children´s Hospital and in 1988, joined the staff of Garrahan national Children`s Hospital. In 1992 he completed a fellowship at the Fetal Treatment Center of the UCSF where he confirmed his interest in fetal treatment and video surgery. 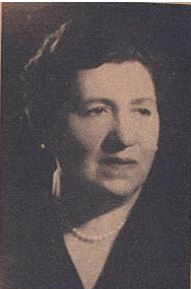 María Teresa Ferrari was an Argentine educator, medical doctor, and women's rights activist. She was the first female university professor in Latin America and one of the first women allowed to teach medicine. She was a pioneering researcher in women's health, studying the use of radiation therapy rather than surgery for uterine tumors and developing a vaginoscope which revolutionized women's health care in Brazil. She established the first maternity ward and gynecological services at the Hospital Militar Central of Buenos Aires in 1925, which provided the first incubation services in the country.

Juan Carlos Parodi is an Argentinian vascular surgeon, the first in the United States to perform minimally invasive aortic aneurysm surgery together with Drs. Frank Veith, Michael L. Marin and Claudio J. Schonholz. He is considered a pioneer in the field of endovascular repairs of the aorta. Developer of Seat belt and air bag technique for cerebral protection during carotid stenting.

Colegio del Salvador is a Jesuit school in Buenos Aires, Argentina, founded by the Society of Jesus in 1868. It is an all-male school, pre-primary through high school.

Ricardo Luis Armentano Feijoo is an Uruguayan professor and researcher who has worked in biomedical engineering and cardiovascular systems. He currently serves as the director of the GIBIO research group at the National Technological University — Buenos Aires Regional Faculty (Argentina). Also he is the director of the Department of Biological Engineering, University of the Republic (Uruguay). He has two doctoral degrees, two post-doctoral degrees, and has authored more than 300 research articles and 20 books/book chapters.

Nuru Bayramov — is an surgeon, a professor and head of 1st department of surgical diseases in Azerbaijan Medical University.