Entertainment One Music, or eOne's Music and Live [3] division spans records, publishing, management and live events. The division distributes its own digital content, with physical distribution handled by AMPED in North America [4] and German indie SPV GmbH in Europe. [5]

Entertainment One Music has 125 employees with offices around the world (New York, Nashville, Los Angeles, Toronto, London, Hamburg, Japan, France, and Australia) [6] and has a roster of over 150 artists. Its rights library includes more than 80,000 hours of film and television content, approximately 40,000 music tracks and includes the labels Dualtone Records, Last Gang Records, Light Records, and the catalogues of Koch Records, Death Row Records, V2 Records USA, and Artemis Records. With the acquisition of Round Room Entertainment, the company includes live entertainment production as part of its portfolio. [7]

With the name change in 2010 to Entertainment One Music, it relaunched its country division, eOne Nashville.

In November 2016, eOne announced Ted May as the new Director of eOne Music in the UK to establish the first music division outside of North America. [17] The roster includes Big Zuu, Jelani Blackman, and Boston Bun. [18] [19] [20]

In March 2018, eOne Music acquired Round Room Live. [7] Round Room were nominated for a 2020 Pollstar Award for its work on the Baby Shark Live! tour in 2019 under the Non-Traditional Touring category. [29]

Epic Records is an American record label owned by Sony Music Entertainment, a subsidiary of Sony Corporation of America, the North American division of Japanese conglomerate Sony. The label was founded predominantly as a jazz and classical music label in 1953, but later expanded its scope to include a more diverse range of genres, including pop, R&B, rock, and hip hop. Epic Records has released music by major artists. 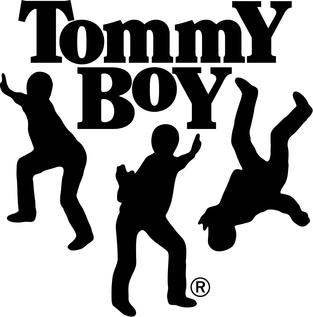 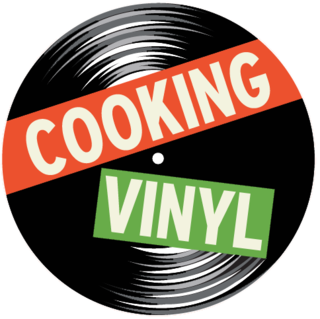 Cooking Vinyl is a British independent record label, based in Acton, London, England. Founded in 1986 by former manager and booking agent Martin Goldschmidt and business partner Pete Lawrence. Goldschmidt remains the current owner and chairman, while Rob Collins is managing director. The company focuses on artist service-based deals where the artist retains ownership of their copyrights.

Republic Records is an American record label owned by Universal Music Group (UMG). It was founded by Avery Lipman and Monte Lipman as an independent label in 1995, and was acquired by UMG in 2000. Republic was initially an imprint of the Universal/Motown Records Group, and was renamed Universal Republic Records after a reorganization in 2006 before going back to its original name in 2012.

Alternative Distribution Alliance (ADA) is a music distribution company owned by Warner Music Group, which represents the rights to various independent record labels. ADA prides itself in providing "independent artist and label partners with access to the resources, relationships & experience required to share their creative vision with a global audience."

Dualtone Records is an American record label specializing in folk, Americana, and indie rock. It was founded in 2001 by Scott Robinson and Dan Herrington. The company is run by Robinson and the label's president, Paul Roper. Albums are distributed by the Alternative Distribution Alliance. On January 20, 2016, Entertainment One acquired Dualtone Records. 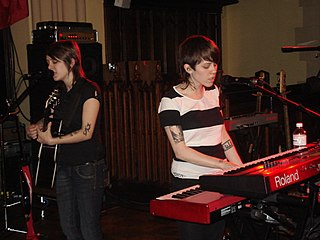 Canadian indie pop duo Tegan and Sara have released nine studio albums and thirteen singles. They released their first album, Under Feet Like Ours, independently in 1999. Their first major release was This Business of Art, released in 2000 on Vapor Records. This album contained their debut single, "The First". 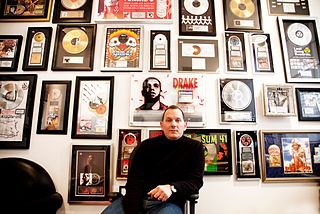 Christopher Normand Taylor is the Global President of Entertainment One Music.

Entertainment One Ltd., commonly abbreviated as eOne, is a Canadian multinational entertainment company that currently serves as the content production and distribution subsidiary of American toy manufacturer Hasbro. Based in Toronto, Ontario, the company is primarily involved in the acquisition, distribution, and production of films, music, and television series. The company was listed on the London Stock Exchange until it was acquired by Hasbro in December 2019.

Maverick is an American music management group formed in 2014 by Guy Oseary bringing together a number of other managers and their companies into one venture. A revival of the Maverick company (1992–2009), the management group also adopts the company's logo.

Concord is an independent creative rights company that develops, manages and acquires sound recordings, music publishing rights and theatrical performance rights. It is a private company, funded by long-term institutional capital and members of Concord’s management team. As of the beginning of 2019, the company had approximately 500 staff members in Los Angeles, New York, Nashville (headquarters), London, Berlin and Miami.