Born in Prăjești, Bacău County, he attended high school in Bacău, and, at age 17, he joined the youth branch of the Iron Guard. For his militant activities, he was detained in 1938 for 5 months at a correctional facility in Vaslui, and later at prisons in Galați, Jilava, and Văcărești. In 1944 he graduated the Academy of Music and Dramatic Art of Iași. During the early Communist regime he was arrested and spent more time in prison before being released after the intervention of some Jews he helped. [1]

In December 1989 Maftei took an active role in the Romanian Revolution, while in June 1990 he was severely beaten during a Mineriad in Bucharest. He died in Bucharest in 2006. [1]

Bacău is the main city in Bacău County, Romania. At the 2016 national estimation it had a population of 196,883, making it the 12th largest city in Romania. The city is situated in the historical region of Moldavia, at the foothills of the Carpathian Mountains, and on the Bistrița River. The Ghimeș Pass links Bacău to the region of Transylvania.

Piatra Neamț, German: Kreuzburg an der Bistritz, Hungarian: Karácsonkő) is the capital city of Neamț County, in the historical region of Western Moldavia, in northeastern Romania. Because of its privileged location in the Eastern Carpathian mountains, it is considered one of the most picturesque cities in Romania. The Nord-Est Regional Development Agency is located in Piatra Neamț. 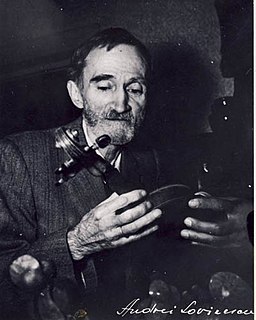 George Bacovia was a Romanian symbolist poet. While he initially belonged to the local Symbolist movement, launched as a poet by Al. Macedonski with the poem and poetry collection Plumb ("Lead"), published in volume in 1916 at the entrance of Romania n First World War on the side of the Antante, his poetry came to be seen as a precursor of Romanian Modernism and eventually established him in critical esteem alongside Lucian Blaga, Tudor Arghezi, Ion Pillat and Ion Barbu or Octavian Goga together with godlike Al. Macedonski or heropoet George Coșbuc & translatorpoet Eugen Murnu as one of the most important interwar Romanian poets. In the 1950s, he wrote the poem "Cogito" which is his poetical testament. Five fascicles of melopeic miniatural symbolist personal man-in-the-citylimits poetry that sum up his small Poems volume.

Ioan "Ionuț" Angelo Lupescu is a former Romanian footballer who played as a midfielder and a former manager. He became a member of FIFA's Technical and Development Committee in early 2008.

Sorin Aristotel Avram was a Romanian football player and coach. 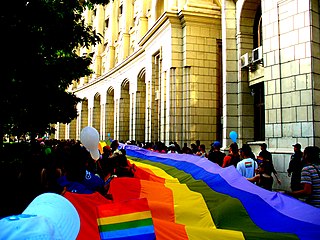 Bucharest Pride, known previously as GayFest, is the annual festival dedicated to LGBT rights in Romania, taking place in Bucharest for nearly a week. Current event organizer is Kyle David Kipp. It first took place in 2004 and now occurs in May–June of each year, culminating with the March of Diversity. It is organised by the non-profit organisation ACCEPT, the country's largest lesbian, gay, bisexual and transgender (LGBT) rights organisation. The festival also receives funding from the Romanian Ministry of Health and the National Council for Combating Discrimination, as well as a number of private organisations, such as the Open Society Institute and the British Council in Romania.

Vasile Maftei is a Romanian retired footballer who played as a defender. He was best known for his leadership qualities, becoming captain for Rapid București, Unirea Urziceni, Concordia Chiajna and Voluntari. Although primarily a central defender, when needed he operated as a right back.

The Reenactment, also known as Reconstruction, is a 1968 black-and-white film by Romanian director Lucian Pintilie. It is based on a novel by Horia Pătraşcu, which in turn reflects real-life events witnessed by the author. Produced under the communist regime, which it indirectly criticizes, it is a tragicomedy about incompetence, indifference and misuse of power. Structured as a film within a film and largely shot as a mockumentary, The Reenactment stars George Constantin as a prosecutor who keeps in custody two minor delinquents, Vuică and Nicu, played respectively by George Mihăiţă and Vladimir Găitan. He makes them reenact their drunken brawl at a restaurant, and is helped in this effort by the militiaman Dumitrescu and a film crew. Two bystanders watch upon the youngsters' degradation at the hands of the prosecutor. They are The Miss, played by Ileana Popovici, who is amused by the succession of events, and the pedantic alcoholic Paveliu.

Magda Ianculescu was a Romanian operatic soprano and voice teacher. A leading singer in the Romanian National Opera for many years, she was known for her musicality and vocal technique. Her voice had a wide range and a timbre which critics compared to that of Maria Callas

Viorel Hrebenciuc is a Romanian politician and statistician. A member of the Social Democratic Party (PSD), he was a member of the Romanian Chamber of Deputies for Bacău County from 1996 to 2014. Convicted multiple times for official misconduct and malfeasance in office, e.g. on 24 December 2019 he was sentenced to 3 years prison.

Marian Cucchiaroni Mihail is a Romanian professional football manager and former player who played as a full-back.
Mihail spent almost his entire 17-year playing career in Romania`s top flight with Sportul Studentesc Bucharest. He also represented Romania internationally at under-21, under-23 and senior levels.
Since retiring from playing, Mihail has managed teams in Romania, Syria, Saudi Arabia, Kuwait, the UAE, Iraq and Vietnam. He has also served as National Technical Director of Romania from 2011 to 2014. 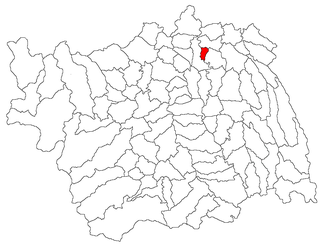 Prăjești is a commune in Bacău County, Western Moldavia, Romania. It is composed of a single village, Prăjești. It was part of Traian Commune until 2005, when it was split off as a separate commune.

The following lists events that happened during 2013 in Romania.

Radu R. Rosetti was a Romanian brigadier general, military historian, librarian, and a titular member of the Romanian Academy.

Maftei is a Romanian surname. Notable people with the surname include:

The Bugler's Grandsons is a 1953 Romanian drama film directed by Dinu Negreanu. The film was shot at the Buftea Studios in Bucharest. It was the first in a two-part production portraying ordinary Romanian life of recent decades, covering the period between the Romanian War of Independence and the 1930s. It was followed by the sequel The Sun Rises in 1954.

Through the Ashes of the Empire is a 1976 Romanian war drama film directed by Andrei Blaier. Is a picaresque tale of betrayal, survival and coming of age based on a novel by Zaharia Stancu.

Valentin Dimian Maftei is a Romanian former rugby union player. He played as a fullback.

Ștefan Cârjan was a Romanian football left winger and manager.

Nicolae Samsonovici was a Romanian general. In the 1930s, he served as Chief of the General Staff and as Defense Minister.