Born 18 October 1868, in Stockholm, Didring aspired to a career in teaching, but was unable to complete his studies due to lack of money. Instead, by 1884 he was working as an office clerk in the head office of the Swedish railways, and in 1899 he married a Danish teacher, Jeanne Rye. He was very involved in the founding of "Statsbanens Pensonering" in 1910, and was a full-time writer from 1914. Between 1915 and 1920 he was the leader of the Swedish red cross for prisoners of the war. Also during that time, and then again in 1923 to 1929, he was the leader of Sweden's writers society. In the intervening years (1920–22) he traveled through Europe (France, Switzerland, Italy and Germany). In 1931 he was awarded the prestigious "Large Prize" by the literary institution Samfundet De Nio . [1] He died, aged 62, in Stockholm.

A prisoner of war (POW) is a person, whether a combatant or a non-combatant, who is held captive by a belligerent power during or immediately after an armed conflict. The earliest recorded usage of the phrase "prisoner of war" dates back to 1610.

Ernst Didring was a proponent of naturalism.

His main series and best known book is the novel trilogy Malm (iron ore) which was published 1914–25. It describes the life in the north of Sweden at the beginning of the 20th century.

Some of his other novels are also important in terms of the history of the Swedish literature:

They paint a comprehensive picture of the life in the Swedish society around 1900 which is relevant even today. Often there were only several months between the publication of the original book and the translation to other European languages. His work was especially well-recognized in Germany. Didring also wrote some theater plays which were well known in Stockholm in his time.

Many of his books can still be bought in second hand bookshops or loaned from Swedish or German libraries. There are also some unabridged audiobooks available from the Swedish (Myndigheten för tillgängliga medier) (or look for "Didring" in the Handikat catalogue).

Frans Eemil Sillanpää was one of the most famous Finnish writers and in 1939 became the first Finnish writer to be awarded the Nobel Prize for literature "for his deep understanding of his country's peasantry and the exquisite art with which he has portrayed their way of life and their relationship with Nature".

Władysław Stanisław Reymont was a Polish novelist and the 1924 laureate of the Nobel Prize in Literature. His best-known work is the award-winning four-volume novel Chłopi.

Carl Gustaf Verner von Heidenstam was a Swedish poet, novelist and laureate of the Nobel Prize in Literature in 1916. He was a member of the Swedish Academy from 1912. His poems and prose work are filled with a great joy of life, sometimes imbued with a love of Swedish history and scenery, particularly its physical aspects.

Karin Maria Boye was a Swedish poet and novelist. In Sweden she is acclaimed as a poet, but internationally she is best known for the dystopian science fiction novel Kallocain (1940).

Lars Olof Jonathan Söderblom was a Swedish clergyman. He was the Church of Sweden Archbishop of Uppsala between 1914 and 1931, and recipient of the 1930 Nobel Peace Prize. He is commemorated in the Calendar of Saints of the Lutheran Church and in the liturgical calendar of the Episcopal Church (USA) on July 12.

Per Christian Jersild, better known as P. C. Jersild, is a Swedish author and physician. He also holds an honorary doctorate from the Faculty of Medicine at Uppsala University from January 22, 2000, and another one in engineering from the Royal Institute of Technology (1999).

Karl Vennberg was a Swedish poet, writer and translator. Born in Blädinge, Alvesta Municipality, Kronoberg County as the son of a farmer, Vennberg studied at Lund University and in Stockholm and worked as a teacher of Norwegian in a Stockholm folk high school. His first poem "Hymn och hunger" was published in 1937. During his career, he published 20 collections of poetry. His literary criticism had an important influence on the Swedish literary scene. He also translated literary works into Swedish, among others Franz Kafka's The Trial.

Mare Kandre was a Swedish writer of Estonian descent. She was born on May 27, 1962 in Söderala, a small place in mid-Sweden and grew up in Gothenburg and Stockholm. Between 1967 and 1969, she lived with her family in British Columbia, Canada, a period which made a very deep impression on her and later in life influenced her writing. She died on 24 March 2005 of an unintentional prescription drug overdose, aged 42.

Paul Lennart Hellsing was a Swedish writer and translator. For his lasting contribution as a children's writer, Hellsing was a finalist in 2010 for the biennial, international Hans Christian Andersen Award, the highest recognition available to creators of children's books.

Albert Viksten was a Swedish writer of the proletarian school. He is most notable for his work regarding the life of the people working for the Swedish forest industry and for his portraits of nature. He was also an early debater of the consequences of the human industry on the environment. Viksten worked in the forest and railway industry and as a sailor before he became a journalist and writer. Albert was married to Lisa Viksten and had 4 children, Sven, Hans, Karin and Marta. 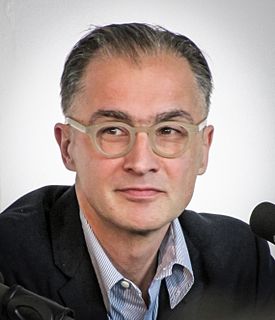 Aris Fioretos, born 6 February 1960 in Gothenburg, is a Swedish writer of Greek and Austrian extraction.

Charlotte "Lotten" Louise von Kræmer, was a Swedish Baroness, writer, poet, philanthropist and a women's rights activist. She was the founder of the literary society Samfundet De Nio and, alongside Martina Bergman-Österberg, the main financier of the National Association for Women's Suffrage.

Eva Ingrid Elisabet Alexanderson was a Swedish writer, translator and publisher. Her best known works are her 1969 lesbian novel Kontradans and her 1983 translation of Umberto Eco's The Name of the Rose. 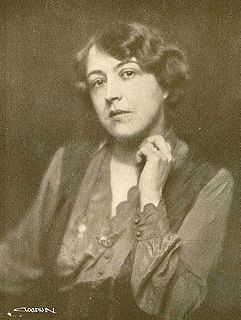 This entry is a compressed translation from the Swedish and German Wikipedia versions.