Ernst Hinterberger (17 October 1931 – 14 May 2012) [1] was an Austrian writer of novels, particularly detective novels, plays and successful sitcoms. His first TV scripts were unusual for their use of genuine Vienna dialect. [2]

Ernst Hinterberger was born and died in Vienna. He was the son of an unemployed typesetter, who died when Ernst was seven. [3] He completed training as an electrician, then from 1950 to 1952 he trained at the Vienna Police School to be a police officer, but had to leave a few weeks after beginning work because he suddenly needed glasses, which was not acceptable at the time. [4] Following his time with the police, he first worked as a labourer. [3] In 1958 he married and attended the City of Vienna's Library School, following which he worked for ten years as a librarian in adult education centres. [5] After these libraries were closed in 1968, he worked in shipping in a factory until his retirement in 1991. He was unwilling to rely on writing to provide his entire income. [4] He has lung damage from the factory work. [2]

Hinterberger discovered literature in the 1950s through the Bavarian author Oskar Maria Graf; [3] he began writing when he was 24 or 25 years old. [4]

Since approximately 1954, Hinterberger had lived in a 44 square metre city-owned flat on the Margaretengürtel in Vienna. [4] [6] [7] His first wife, Margarete ("Gerti") died in 2001 after 45 years of marriage, [2] nine months before the 2002 publication of his book Ein Abschied. Lebenserinnerungen ("A Farewell: Life Memories"). In that book he said he was resigned and wanted nothing more to do with the world. [8] Hinterberger had since remarried, to Karla. [9]

Hinterberger was a practising Buddhist [3] [9] and had written poems in Chinese style, but they have never appeared in German. [3] [4] He was cremated at Feuerhalle Simmering. His ashes are buried in Vienna Central Cemetery.

Sackbauer is a complainer who is actually a good man at the bottom of his heart, but is always giving in. In contrast, the original figure in Hinterberger's mid-1960s book Das Salz der Erde on which he based the series is a pitiful man in the throes of midlife crisis, who notices while on holiday in Italy that his control over his family is dissolving. At the end of the book he leaves his wife, fails in his attempt to revive his self-confidence in a bordello, and is last seen uncertain whether in his outburst of emotion he has killed the prostitute or whether she is only injured.

In 2008 Echte Wiener – Die Sackbauer-Saga, a film based on the series, also written by Hinterberger, appeared.

Karl Merkatz is an Austrian actor.

Ein echter Wiener geht nicht unter is a classic Austrian television series. It was produced by Österreichischer Rundfunk, Austrian Television, and ran for 24 episodes from 1975 to 1979. The script writer was Ernst Hinterberger; the series was based on his 1966 novel Das Salz der Erde. The producer was Hans Preiner, who initiated the project in his series Impulse (Impulses), which centered on development of new program formats and training of new, young directors. 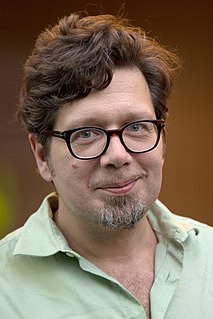 Franzobel is the pseudonym of the Austrian writer (Franz) Stefan Griebl. He was born on March 1, 1967 in Vöcklabruck. In 1997 he won the Wolfgang Weyrauch Prize and in 1998, the Kassel Literary Prize, amongst numerous other literary awards. In 2017 he won the prestigious Nicolas Born Prize and was long-listed for the German Book Prize for his novel, Das Floß der Medusa. He now lives in Vienna. 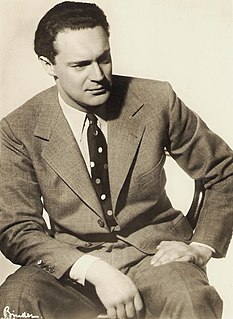 Jens Sparschuh is a German writer from Chemnitz. 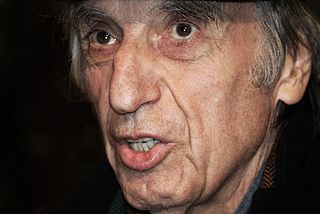 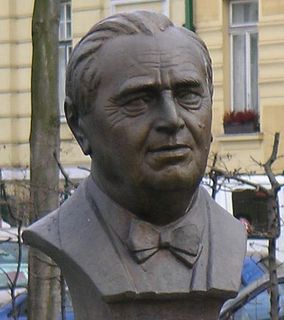 Wiener Film is an Austrian film genre, consisting of a combination of comedy, romance and melodrama in an historical setting, mostly, and typically, the Vienna of the late 19th and early 20th centuries. The Wiener Film genre was in production between the 1920s and the 1950s, with the 1930s as its high period.

Johann Ernst Bach was a German composer of the Bach family. He was the son of Johann Bernhard Bach. 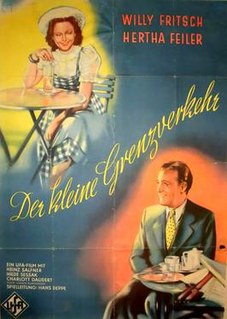 Florian Wenninger is an Austrian historian, dedicating himself mainly to the history of totalitarian regimes in the 20th century.