He was well known for his work with the Australian Children's Television Foundation, headed by Patricia Edgar, where he worked for 15 years. The company sold programs to 92 countries, and Storm was involved in writing, acting, editing, and directing numerous programs, including Round the Twist . [1] He worked to adapt John Marsden's Tomorrow series but lost the rights to the film.

Storm came to Australia with parents Laurits and Ane in 1958 after Laurits lost the family farm to lawyers. After having settled in Melbourne, his father worked as a builder's labourer and built a darkroom where Esben learned photographic processing, composition and lighting.

Storm started making films at 18 with his partner Haydn Keenan. His early work was mostly serious in nature, including a 1983 documentary about the Hilton Bombing in Sydney called With Prejudice. He wrote and directed 27A (1974), In Search of Anna (1978) (with film stills and publicity shots by Carol Jerrems, who was then his girlfriend), [3] Deadly (1991), and Subterano (2003); he directed Devil's Hill (1988) and the Tasmanian film in the Touch the Sun series of bicentennial telemovies. In 2007, he directed the SBS comedy series Kick . [2]

In 1976, Storm acted in Hanging About, a film by Carol Jerrems, who was then his girlfriend and living with him in Willoughby. He played Tom in Room to Move and Leo George in The Other Facts of Life, and also appeared in More Winners (in which he played The Waiter in the episode "The Big Wish") and Phoenix (in which he played Pat). In Blue Heelers (which he also directed), he played Colin Roper in the episode "Breaking the Cycle". 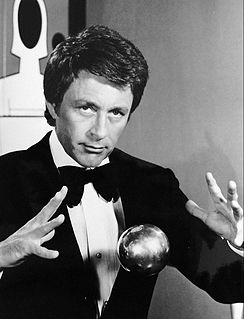 Wilfred Bailey Everett "Bill" Bixby III was an American actor, director, producer, and frequent game-show panelist. His career spanned more than three decades, including appearances on stage, in films, and on television series. He is known for his roles as Tim O'Hara in the CBS sitcom My Favorite Martian, Tom Corbett in the ABC sitcom The Courtship of Eddie's Father, stage illusionist Anthony Blake in the NBC crime drama series The Magician, and scientist Dr. David Banner in the CBS science-fiction drama series The Incredible Hulk. 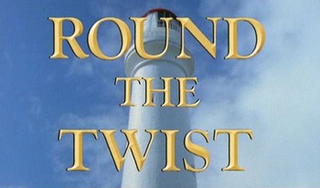 Round the Twist is an Australian children's comedy television series that follows the supernatural adventures of the Twist family. The series was created and produced by Patricia Edgar, and developed by the Australian Children's Television Foundation (ACTF). It was created with the intention of producing a show that both children and parents could watch. Edgar met with the author Paul Jennings after reading his short story collection Unreal and asked if the ACTF could base a series on his stories.

Blue Heelers is an Australian police drama series that was produced by Southern Star Group and ran for 13 years on the Seven Network, from 1994 to 2006. Although based around the policing of the town, the series generally depicted the everyday lives and relationships of the residents of Mount Thomas, a fictional small town in Victoria. The series was one of the highest-rated and most-awarded programs in the history of Australian television, having won 5 Logie awards, it is equal as the most awarded show in Logies history with The Don Lane Show. It is also noted for its two main stars Lisa McCune, a four-time recipient of the Gold Logie, and John Wood, who also won Gold.

Dexter Fletcher is an English film director and actor. He has appeared in Guy Ritchie's Lock, Stock and Two Smoking Barrels, as well as in television shows such as the comedy-drama Hotel Babylon, the HBO series Band of Brothers and, earlier in his career, starred as Spike Thomson in the comedy-drama Press Gang. His earliest acting role was playing Baby Face in the 1976 film Bugsy Malone.

John Howard Davies was an English television comedy producer, director and former child actor. He became famous for appearing in the title role of David Lean's film adaptation of Oliver Twist (1948). After joining the BBC as a production assistant in 1966, Davies became a hugely influential television director and producer, specialising in comedy.

William A. Graham was an American television and film director. 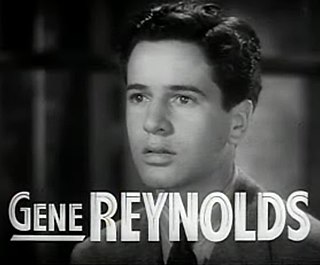 Eugene Reynolds Blumenthal was an American screenwriter, director, producer, and actor. He was one of the developers and producers of the TV series M*A*S*H.

Abraham Forsythe is an Australian film and television actor, director, writer and producer. He is the son of actor and comedian Drew Forsythe.

Mark Mitchell is an Australian actor, comedian and contemporary artist, best known for his character Con the Fruiterer.

The Genie from Down Under is an Australian-British children's comedy television series. It was a co-production between the ACTF, the BBC and the ABC from 1996 to 1998. It was released on video in the 1990s, and is available for order via the ACTF website or Purchase on iTunes. The Genie From Down under is based on an idea from Steve J Spears which was developed into a series concept with a ‘Round The Twist’ flavour. Esben Storm, Steve Spears and a team of writers work-shopped the storylines. Patricia Edgar was looking for a new idea for a comedy series which would capture the debate about Australia becoming a Republic - a significant issue in Australia at the time. She invited a few writers to submit original ideas then chose the concept submitted by Steve Spears to workshop its potential. She asked Esben Storm, who had been the co-author and Director of the successful Round the Twist series to lead the development workshop.

John Orcsik is a Hungarian Australian actor, writer and director known for his television roles but also for the film version of the soap opera Number 96. He was married to actress Paula Duncan. 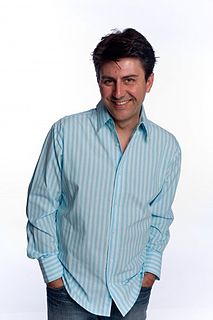 Simon Palomares is an Australian comedian and actor, born in Germany of Spanish descent, he is best known for his character as cafe manager Ricardo "Ricky" Martinez in Acropolis Now.

Jeremy Callaghan is an Australian actor whose portrayal of the cute and shy Constable Brian Morley on the popular TV drama Police Rescue ensured international attention. Callaghan is also well known for his guest appearances on Xena: Warrior Princess and Young Hercules.

Li'l Elvis and the Truckstoppers is the Australian Children's Television Foundation's (ACTF's) first joint venture under the Distinctly Australian Program introduced by Prime Minister Paul Keating. The Director of the ACTF Dr Patricia Edgar selected Peter Viska's character Li'l Elvis to design and co-produce the ACTF's first long-form 26-episode-series animation. As an original concept, not commissioned from overseas or based on an adaption of a classic story, production of the series on this scale was a massive undertaking for the Australian animation industry. With Li'l Elvis, an $11.5 million project, the ACTF opened up a new overseas market in partnership with France 2 and France Animation, a French production company, and Ravensburger, a German distributor, with the financial participation of Centre national de la cinématographie. A team of ninety animators and artists worked for 18 months including thirty- nine trainees were employed on the production in support roles. 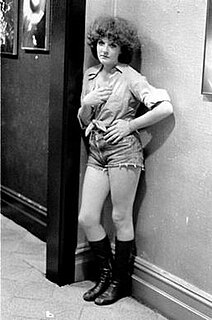