Essington Lewis, CH (13 January 1881 –2 October 1961) was a prominent Australian industrialist. He was the Director-General of the Department of Munitions during World War II.

Essington Lewis was born in Burra, South Australia on 13 January 1881. His father was the pastoralist and politician John Lewis (1844–1923), founder of Bagot, Shakes & Lewis. He was named after Port Essington, where his father owned a cattle property. [2] He was educated at St. Peter's College, Adelaide and the South Australian School of Mines.

After joining Broken Hill Proprietary Company Ltd (BHP) (now BHP Billiton) in 1904, he rose through the company ranks to become managing director in 1926 and chairman in 1950, a position he held until his death in 1961. For the whole of his period as M.D., he had a close working relationship and personal friendship with Chairman of Directors Harold Gordon Darling (1885–1950).

During his travels to Germany and Japan in the 1930s, he realised the threat of these countries to Australia. Accordingly, he helped establish the Commonwealth Aircraft Corporation and many munitions facilities meaning Australia was better prepared for industrialisation when the war started in 1939. During World War II, he also served as Director-General of the Department of Munitions. He supported the establishment of the motor industry in Australia in 1948, being rewarded by being able to purchase the first commercially produced Holden 48/215.

He was appointed a Member of the Order of the Companions of Honour on 24 September 1943 for his work as Director - Munitions & Aircraft Production in WW2. [3]

In 1910, he married Gladys Rosalind Cowan, OBE, the only daughter of James Cowan. Their family consisted of five children – sons James Essington and Robert Brook, and daughters Helen, Mary and Jane. His sons were educated at Geelong Grammar School and the daughters at the Clyde School. The family lived in Malvern, Victoria and owned a country property named "Landscape" near Tallarook in central Victoria. Robert Brook (1918–2009) is notable as being the Master of St Mark's College, University of Adelaide from 1957 to 1968 and the Master of Menzies College, La Trobe University from 1968 to 1970. [1] [4] [5] [6]

He died while riding his horse on his property "Landscape" near Tallarook on 2 October 1961, aged 80. Newspapers of the day claimed he suffered a heart attack. [7] St John's Anglican Church, Toorak, was overflowing for his funeral; he was cremated.

His life is the subject of several books, including The Steel-Master: a life of Essington Lewis by historian Geoffrey Blainey, another by Clive Turnbull [8] and the musical play I am Work by John O'Donoghue. [9] The Essington Lewis Memorial Lecture has been presented annually in South Australia since its establishment in 1975. It is funded by BHP and was instituted by the Adelaide Branch of the Australasian Institute of Mining and Metallurgy. [10] One of Whyalla's main streets, Essington Lewis Avenue, was named in his honour. [11]

Geoffrey Norman Blainey is an Australian historian, academic, best selling author and commentator. He is noted for having written authoritative texts on the economic and social history of Australia, including The Tyranny of Distance. He has published over 40 books, including wide-ranging histories of the world and of Christianity. He has often appeared in newspapers and on television. He held chairs in economic history and history at the University of Melbourne for over 20 years. In the 1980s, he was visiting professor of Australian Studies at Harvard University. He received the 1988 Britannica Award for 'exceptional excellence in the dissemination of knowledge for the benefit of mankind', the first historian to receive that award and was made a Companion of the Order of Australia in 2000.

Thomas Lancelot Lewis was a New South Wales politician, Premier of New South Wales and minister in the cabinets of Sir Robert Askin and Sir Eric Willis. He became Premier following Askin's retirement from politics and held the position until he was replaced by Willis in a party vote. Lewis was first elected to the New South Wales Legislative Assembly for the Electoral district of Wollondilly for the Liberal Party in 1957, and served until his resignation in 1978.

Reginald Claude Sprigg, was an Australian geologist and conservationist. At 17 he became the youngest Fellow of the Royal Society of South Australia. During 1946, in the Ediacara Hills, South Australia he discovered the Ediacara biota, an assemblage of some of the most ancient animal fossils known. He was involved with oceanographic research and petroleum exploration by various companies that he initiated. In 1968, he acquired a derelict pastoral lease, Arkaroola, and transformed it into a wildlife sanctuary and wilderness reserve.

Rapid Bay is the name of both a locality including a small seaside town and a small bay on the west coast of the Fleurieu Peninsula, South Australia. It lies within the District Council of Yankalilla and its township is approximately 100 km south of the state capital, Adelaide. It is well known for its limestone quarry and its pair of jetties which are popular sites for recreational fishing, scuba diving and snorkelling. 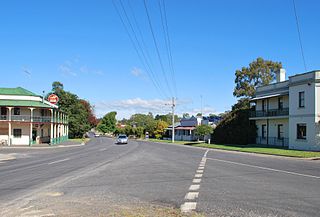 Tallarook is a town in central Victoria, Australia. The town is in the Shire of Mitchell local government area and on the Hume Highway, 88 kilometres (55 mi) north of the state capital, Melbourne. At the 2011 census, Tallarook had a population of 789.

Alexander Ashley Lewis, known as Sandy Lewis, was an Australian politician who represented the Western Australian Legislative Assembly seat of Blackwood from 1972 until 1974, and one of the two Legislative Council seats for Lower Central Province from 1974 until 1989. He was a member of the Liberal Party.

Richard Thilthorpe Slee, (1879–1935), mining engineer, was General Manager of the BHP mine at Broken Hill, Australia. Notable for his mining rescues, he was killed in a mine accident in 1935.

Charles Hervey Bagot, often referred to as "Captain Bagot", was an Irish-born South Australian pastoralist, mine owner and parliamentarian, and was the ancestor of a number of notable South Australian citizens.

James Cowan, flour miller and investor, had been a member of the South Australian House of Assembly for the Yatala for only 2 months when he was killed in an accident at a railway crossing. Cowan was an early investor in Broken Hill Proprietary Company Ltd. The property associated with Erindale, Cowan's residence at Burnside, was sub-divided after his death into a new suburb which was also named Erindale.

Edward Meade "Ned" Bagot, was a pastoralist and developer who held large properties in Central Australia.

The Chronicle was a South Australian weekly newspaper, printed from 1858 to 1975, which evolved through a series of titles. It was printed by the publishers of The Advertiser, its content consisting largely of reprints of articles and Births, Marriages and Deaths columns from the parent newspaper. Its target demographic was country areas where mail delivery was infrequent, and businesses which serviced those areas. 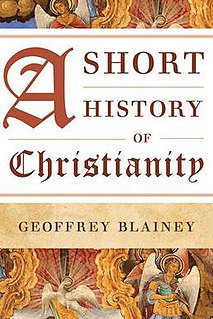 Peter Johns was an Australian mechanical engineer who founded the company Johns & Waygood.

Knightsbridge School was a school for girls in Knightsbridge, South Australia, which ran from 1886 to 1921.

Jerome Joseph Murif (1863–1926) was an Irish-Australian engineer and bushman who was also the first man to cycle across the Australian continent, from South to North, Glenelg, a suburb of Adelaide to Darwin, in 1897. Murif's surname at birth is unknown. In Australia, he used the spelling "Murif", but after emigrating to the USA in 1903, he adopted the spelling "Muriff". No contemporary records of the surname Murif or Muriff in Ireland exist at the period of his birth.