Ettie Annie Rout (24 February 1877 – 17 September 1936) was a Tasmanian-born New Zealander whose work among servicemen in Paris and the Somme during World War I made her a war hero among the French, yet through the same events she became persona non grata in New Zealand. She married Frederick Hornibrook on 3 May 1920, after which she was Ettie Hornibrook. They had no children and later separated. She died in 1936, and was buried in the Cook Islands.

She was born in Launceston, Tasmania, Australia, but she was raised in Wellington, New Zealand from 1884. After leaving school, she became a shorthand typist for commissions of inquiry and later the Supreme Court (now the High Court, not to be confused with the present Supreme Court). Biographers believe this job gave her a wide range of experiences on social issues. She was later a reporter, businessperson, writer and a campaigner on sexually transmitted infections.

After founding a volunteer nursing group during World War I, the New Zealand Volunteer Sisterhood, Rout was made aware of the prevalence of STI among servicemen. By 1917, the New Zealand Army had made free distribution of her safe sex kit compulsory. It was for her work inspecting brothels in Paris and in the Somme, that she was decorated by the French. In 1917 she and several other New Zealand nurses were Mentioned in Despatches by General Sir Archibald Murray. [1]

In New Zealand, her exploits were considered such that her name, on pain of a £100 fine, could not be published. However, her activities could be published.[ citation needed ]

Similar ironies were found overseas—her 1922 book, Safe Marriage: A Return to Sanity, was banned in New Zealand, but published in both Australia and Britain. In the latter, it was a best-seller, yet a bishop called her "the wickedest woman in Britain". [2] [3] In 1922, the British Medical Journal recommended the book for medical men and women but noted that "many readers will disagree with the author's point of view, and some will feel grave misgivings about the effect of her teaching; but none can doubt the sincerity of her purpose." [4]

Rout died age 59 as the result of a self-administered quinine overdose in Rarotonga in the Cook Islands [6] following her sole postwar return to New Zealand in 1936. She is interred at an Avarua church cemetery. In 1992, Jane Tolerton wrote her biography, and more recently, she has been more critically perceived as a "White Australasia" apologist in Phillippa Levine's account of contagious disease legislation within the late nineteenth century British Empire. [7] [8]

In 1983 an episode of the New Zealand television series Pioneer Women dramatised her story. [9]

Kathleen Mansfield Murry was a prominent modernist writer who was born and brought up in New Zealand. She wrote short stories and poetry under the pen name Katherine Mansfield. When she was 19, she left colonial New Zealand and settled in England, where she became a friend of D. H. Lawrence, Virginia Woolf, Lady Ottoline Morrell and others in the orbit of the Bloomsbury Group. Mansfield was diagnosed with pulmonary tuberculosis in 1917 and she died in France aged 34.

Makea Takau Ariki (1839–1911) was a sovereign of the Cook Islands. She was the ariki (queen) of the dynasty Makea Nui, one of the three chiefdoms of the tribe Te Au O Tonga on the island of Rarotonga.

Hannah Royle Taylor, known as Annie Royle Taylor, was an English explorer and Evangelical missionary to China. She was the first Western woman known to have visited Tibet. She attempted to reach the "forbidden" city of Lhasa in 1892–1893.

Etty, Ettie or Etti is a feminine given name, often a short version of Esther or Elizabeth. It is also a surname. It may refer to the following people:

Annie Jane Schnackenberg was a New Zealand Wesleyan missionary, temperance and welfare worker, and suffragist. She served as president of the Women's Christian Temperance Union New Zealand 1892-1900 and oversaw the final push for petitioning the government to grant women the right to vote in national elections.

Fanny Wilson was a notable New Zealand army nurse and matron. She was born in Christchurch, North Canterbury, New Zealand in 1874.

Evelyn Gertrude Brown,, usually known as Eva, was a New Zealand civilian and military nurse. She served during the First World War and was the only New Zealand nurse to receive the Royal Red Cross and Bar.

Annie Margaret Wheeler was an Australian volunteer welfare worker who assisted soldiers from Central Queensland during World War I. She maintained a detailed card index of all soldiers from Central Queensland so that mail and parcels from their families could reach them and she provided practical and financial assistance to soldiers who were wounded, on leave in England or needing assistance with the army's bureaucracy. She was nicknamed "Mother of the Queenslanders" and "Mother of Anzacs". 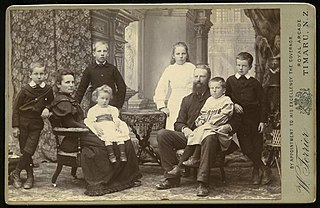 Jane Tolerton is a New Zealand biographer, journalist and historian.

Annie Elizabeth Brewer also known as Nancy, was a British nurse. She served in France throughout the First World War, often close to the front line, being injured in a shellfire attack. She was awarded the Legion d'Honneur and the Croix de Guerre. She also received the British War Medal and Victory Medal from the British Government but, since her death in 1921, has not been recognised by a Commonwealth War Graves Commission gravestone.

Alice Louise Florence Fitzgerald was an American nurse who served in Europe during and after World War I. She earned a Florence Nightingale Medal from the International Committee of the Red Cross in 1927, for her achievements.