Eugène Louis Boudin (French:  [budɛ̃] ; 12 July 1824 –8 August 1898) was one of the first French landscape painters to paint outdoors. Boudin was a marine painter, and expert in the rendering of all that goes upon the sea and along its shores. His pastels, summary and economic, garnered the splendid eulogy of Baudelaire; [1] and Corot called him the "King of the skies". [2]

Born at Honfleur, Boudin was the son of a harbor pilot, and at age 10 the young boy worked on a steamboat that ran between Le Havre and Honfleur. In 1835 the family moved to Le Havre, where Boudin's father opened a store for stationery and picture frames. Here the young Eugene worked, later opening his own small shop. Boudin's father had thus abandoned seafaring, and his son gave it up too, having no real vocation for it, though he preserved to his last days much of a sailor's character: frankness, accessibility, and open-heartedness. [1]

In his shop, in which pictures were framed, Boudin came into contact with artists working in the area and exhibited in the shop the paintings of Constant Troyon and Jean-François Millet, who, along with Jean-Baptiste Isabey and Thomas Couture whom he met during this time, encouraged young Boudin to follow an artistic career. At the age of 22 he abandoned the world of commerce, started painting full-time, and travelled to Paris the following year and then through Flanders. In 1850 he earned a scholarship that enabled him to move to Paris, where he enrolled as a student in the studio of Eugène Isabey and worked as a copyist at the Louvre. To supplement his income he often returned to paint in Normandy and, from 1855, made regular trips to Brittany. On 14 January 1863 he married the 28-year-old Breton woman Marie-Anne Guédès in Le Havre and set up home in Paris. [3]

Dutch 17th-century masters profoundly influenced him, and on meeting the Dutch painter Johan Jongkind, who had already made his mark in French artistic circles, Boudin was advised by his new friend to paint outdoors ( en plein air ). He also worked with Troyon and Isabey, and in 1859 met Gustave Courbet who introduced him to Charles Baudelaire, the first critic to draw Boudin's talents to public attention when the artist made his debut at the 1859 Paris Salon.

In 1857/58 Boudin befriended the young Claude Monet, then only 18, and persuaded him to give up his teenage caricature drawings and to become a landscape painter, helping to instil in him a love of bright hues and the play of light on water later evident in Monet's Impressionist paintings. The two remained lifelong friends and Monet later paid tribute to Boudin's early influence. Boudin joined Monet and his young friends in the first Impressionist exhibition in 1873, but never considered himself a radical or innovator.

Both Boudin and Monet lived abroad during the Franco-Prussian War of 1870–71, Boudin in Antwerp and Monet in London; from 1873 to 1880 the Boudins lived in Bordeaux. His growing reputation enabled him to travel extensively at that time, visiting Belgium, the Netherlands and southern France. He continued to exhibit at the Paris Salons, receiving a third place medal at the Paris Salon of 1881, and a gold medal at the 1889 Exposition Universelle. In 1892 Boudin was made a knight of the Légion d'honneur, a somewhat tardy recognition of his talents and influence on the art of his contemporaries.

Late in his life, after the death of his wife in 1889, Boudin spent every winter in the south of France as a refuge from his own ill-health, and from 1892 to 1895 made regular trips to Venice. In 1898, recognizing that his life was almost spent, he returned to his home at Deauville, to die on 8 August within sight of the English Channel and under the Channel skies he had painted so often. [1] He was buried according to his wishes in the Saint-Vincent Cemetery in Montmartre, Paris.

The Eugène Boudin Prize is an award given by the Société Nationale des Beaux-Arts. Among the laureates of this award, the following painters were nominated: 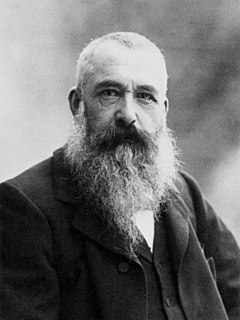 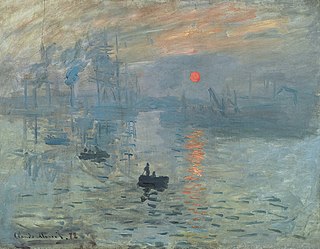 Alfred Sisley was an Impressionist landscape painter who was born and spent most of his life in France, but retained British citizenship. He was the most consistent of the Impressionists in his dedication to painting landscape en plein air. He deviated into figure painting only rarely and, unlike Renoir and Pissarro, found that Impressionism fulfilled his artistic needs. 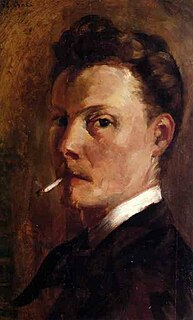 Henri-Edmond Cross, born Henri-Edmond-Joseph Delacroix, was a French painter and printmaker. He is most acclaimed as a master of Neo-Impressionism and he played an important role in shaping the second phase of that movement. He was a significant influence on Henri Matisse and many other artists. His work was instrumental in the development of Fauvism.

The Gare Saint-Lazare, officially Paris-Saint-Lazare, is one of the six large terminus railway stations of Paris. It serves train services toward Normandy, northwest of Paris, along the Paris–Le Havre railway. Saint-Lazare is the second busiest station in Paris, after the Gare du Nord. It handles 275,000 passengers each day. The station was designed by architect Juste Lisch, and the maître de l'oeuvre was Eugene Flachat.

Raoul Dufy was a French Fauvist painter, brother of Jean Dufy. He developed a colorful, decorative style that became fashionable for designs of ceramics and textiles, as well as decorative schemes for public buildings. He is noted for scenes of open-air social events. He was also a draftsman, printmaker, book illustrator, scenic designer, a designer of furniture, and a planner of public spaces. 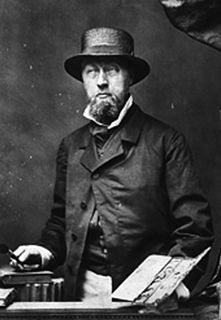 Johan Barthold Jongkind was a Dutch painter and printmaker. He painted marine landscapes in a free manner and is regarded as a forerunner of Impressionism. 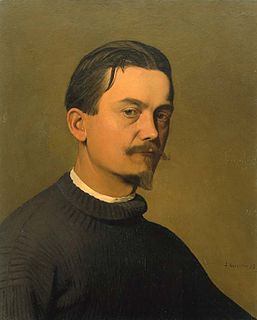 Félix Edouard Vallotton was a Swiss and French painter and printmaker associated with the group of artists known as Les Nabis. He was an important figure in the development of the modern woodcut. He painted portraits, landscapes, nudes, still-lifes, and other subjects in an unemotional, realistic style. 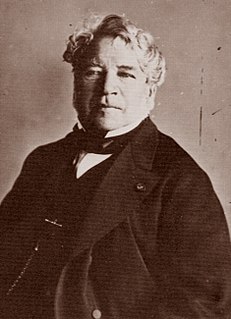 Eugène Louis Gabriel Isabey was a French painter, lithographer and watercolorist in the Romantic style. 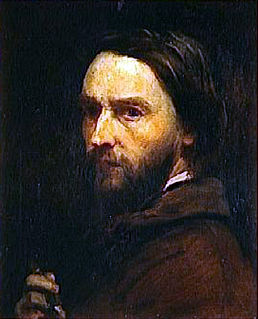 Adolphe-Félix Cals was a French portrait, genre, and landscape painter. 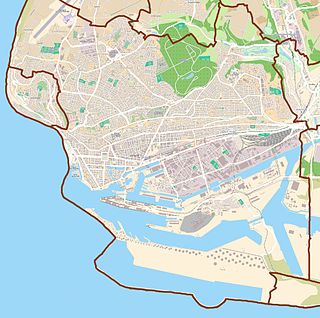 The Musée d'art moderne André Malraux is a museum in Le Havre, France containing one of the nation's most extensive collections of impressionist paintings. It was designed by Atelier LWD, an architecture studio led by Guy Lagneau, Michel Weill and Jean Dimitrijevic. It is named after André Malraux, Minister of Culture when the museum was opened in 1961.

The Magpie is an oil-on-canvas landscape painting by the French Impressionist Claude Monet, created during the winter of 1868–1869 near the commune of Étretat in Normandy. Monet's patron, Louis Joachim Gaudibert, helped arrange a house in Étretat for Monet's girlfriend Camille Doncieux and their newborn son, allowing Monet to paint in relative comfort, surrounded by his family.

Albert Lebourg, birth name Albert-Marie Lebourg, also called Albert-Charles Lebourg and Charles Albert Lebourg, was a French Impressionist and Post-Impressionist landscape painter of the Rouen School. Member of the Société des Artistes Français, he actively worked in a luminous Impressionist style, creating more than 2,000 landscapes during his lifetime. The artist was represented by Galerie Mancini in Paris in 1896, in 1899 and 1910 by : Galerie Bernheim-Jeune, 1903 and 1906 at the Galerie Paul Rosenberg, and 1918 and 1923 at Galerie Georges Petit.

Jean Dries is the name used by the artist, Jean Driesbach, who was born on October 19, 1905 in Bar-Le-Duc in Meuse, France and died in Paris on February 26, 1973. He was a Lorrain painter by birth and was born the year Fauvism appeared at the Salon d'automne. He became a Parisian painter when he studied under Lucien Simon at the Ecole des Beaux Arts in Paris, through his adventures in the "zone", setting up several studios before finally settling in the Île Saint-Louis at 15 quai d'Anjou.

Auguste-Xavier Leprince was a French painter, drawer and engraver, best known for his paintings of agrarian scenes.

Joseph Édouard Stevens was a Belgian animalier painter and engraver.