Eugène Louis Simon (30 April 1848 – 17 November 1924) was a French naturalist who worked particularly on insects and spiders, but also on birds and plants. He is by far the most prolific spider taxonomist in history, describing over 4,000 species. [1]

His most significant work was Histoire Naturelle des Araignées (1892–1903), an encyclopedic treatment of the spider genera of the world. It was published in two volumes of more than 1000 pages each, and the same number of drawings by Simon. Working at the Muséum National d'Histoire Naturelle in Paris, it took Simon 11 years to complete, while working at the same time on devising a taxonomic scheme that embraced the known taxa. [2] Simon described a total of 4,650 species, and as of 2013 about 3,790 species are still considered valid. [1] The International Society of Arachnology offers a Simon Award recognising lifetime achievement. [3]

The Eocene fossil spider species Cenotextricella simoni was named in his honor. [4]

He also had an interest in hummingbirds. He described several species and races as well as creating the genera Anopetia , Stephanoxis , Haplophaedia and Taphrolesbia . He is commemorated by race simoni of the swallow-tailed hummingbird (Eupetomena macroura). His seminal work on hummingbirds was Histoire Naturelle des Trochilidae in 1921.

The standard author abbreviation Simon is used to indicate this person as the author when citing a botanical name . [5] Simon's contributions to botany formed a relatively minor part of his work, and he should not be confounded with the French botanist Eugène Ernest Simon (1871–1967), abbreviation E.Simon. [6] 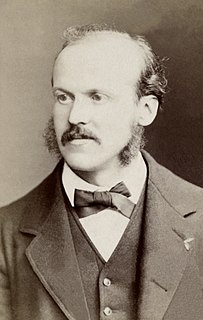 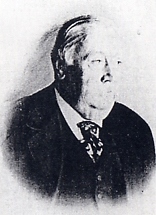 Eriophora is a genus of orb-weaver spiders first described by Eugène Simon in 1895. It occurs in the Americas, Australasia, and Africa. The name is derived from Ancient Greek roots, and means "wool bearing".

Norman Ira Platnick was an American biological systematist and arachnologist. At the time of his death, he was a Professor Emeritus of the Richard Gilder Graduate School and Peter J. Solomon Family Curator Emeritus of the invertebrate zoology department of the American Museum of Natural History. A 1973 Ph.D. recipient at Harvard University, Platnick described over 1,800 species of spiders from around the world, making him the second most prolific spider taxonomist in history, behind only Eugène Simon. Until 2014 he was also the maintainer of the World Spider Catalog, a website formerly hosted by the AMNH which tracks the arachnology literature, and attempts to maintain a comprehensive list, sorted taxonomically, of every species of spider which has been formally described. In 2007 he received the International Society of Arachnology's Bonnet award, named for Pierre Bonnet, in recognition of his work on the catalog.

Compsodecta is a genus of Caribbean jumping spiders that was first described by Eugène Louis Simon in 1903.

Thianitara is a genus of Southeast Asian jumping spiders that was first described by Eugène Louis Simon in 1903. As of August 2019 it contains only two species, found in Thailand, Indonesia, and Malaysia: T. spectrum and T. thailandica. It was briefly considered a junior synonym of Thiania until 2017, when it was revived by Jerzy Prószyński. 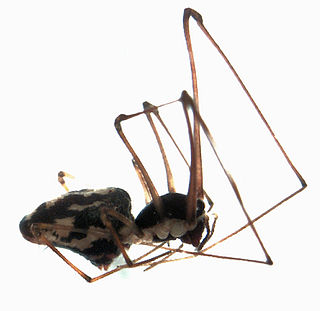 Cyatholipidae is a family of spiders first described by Eugène Simon in 1894. Most live in moist montane forest, though several species, including Scharffia rossi, live in dry savannah regions. They occur in Africa, including Madagascar, New Zealand and Australia, and one species in Jamaica. Most members of this family hang beneath sheet webs. Fossil species occur in the Eocene aged Bitterfield and Baltic Ambers, suggesting a wider geographic distribution in the past. 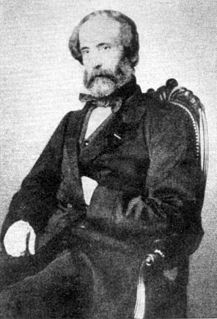 Wilhelm Philippe Schimper was an Alsatian botanist with French, later German citizenship. He was born in Dossenheim-sur-Zinsel, but spent his youth in Offwiller, a village at the foot of the Vosges mountain range in Alsace. He was the father of botanist Andreas Franz Wilhelm Schimper (1856-1901), and a cousin to naturalist Karl Friedrich Schimper (1803-1867) and botanist Georg Heinrich Wilhelm Schimper (1804-1878).

Cenotextricella is a genus of fossil spiders with one described species, Cenotextricella simoni, found in Eocene amber from the Paris Basin in France. The male is only about one millimeter long. A female has not yet been discovered. As of July 2017, it is the only fossil record of the subfamily Micropholcommatinae. Recent species in the family only occur in the Southern Hemisphere, in Australia and South America.

Porrhothele is a genus of mygalomorph spiders endemic to New Zealand. They are the only members of the family Porrhothelidae. They were first described by Eugène Louis Simon in 1892. Originally placed with the curtain web spiders, it was moved to the Hexathelidae in 1980, they were placed in their own family in 2018.

Phonognatha is a genus of South Pacific orb-weaver spiders first described by Eugène Simon in 1895. It was originally placed with the long-jawed orb weavers, and was moved to Araneidae in 2008. 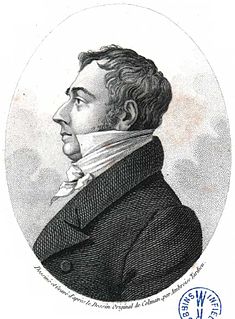 Jean Vincent Félix Lamouroux was a French biologist and naturalist, noted for his seminal work with algae.

Ephebopus is a genus of northeastern South American tarantulas that was first described by Eugène Louis Simon in 1892. Its relation to other tarantulas is one of the most uncertain in the family, and it has been frequently moved around and has been placed in each of the eight subfamilies at least once.

Achille Eugène Finet was a French botanist best known for his study of orchids native to Japan and China.

Atypena is a genus of Asian dwarf spiders that was first described by Eugène Louis Simon in 1894.

Demogenes is a genus of crab spiders that was first described by Eugène Louis Simon in 1895.

Domatha is a genus of crab spiders that was first described by Eugène Louis Simon in 1895. As of September 2020 it contains two species, found in the Philippines and Papua New Guinea: D. celeris and D. vivida. 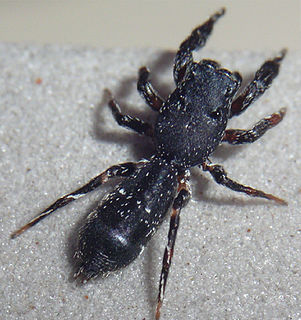