Montale was born in Genoa. His family were chemical products traders (his father supplied Italo Svevo's firm). The poet's niece,Bianca Montale,in her Cronaca famigliare ("Family Chronicle") of 1986 portrays the family's common characteristics as "nervous fragility,shyness,concision in speaking,a tendency to see the worst in every event,a certain sense of humour".

Montale was the youngest of six sons. He recalled:

We were a large family. My brothers went to the scagno ["office" in Genoese]. My only sister had a university education,but I had no such opportunity. In many families the unspoken arrangement existed that the youngest was released from the task of keeping up the family name.

In 1915 Montale worked as an accountant,but was left free to follow his literary passion,frequenting the city's libraries and attending his sister Marianna's private philosophy lessons. He also studied opera singing with the baritone Ernesto Sivori.

Montale was largely self-taught. Growing up,his imagination was caught by several writers,including Dante Alighieri,and by the study of foreign languages (especially English),as well as the landscapes of the Levante ("Eastern") Liguria,where he spent holidays with his family. [2]

During World War I,as a member of the Military Academy of Parma,Montale asked to be sent to the front. After brief war experience as an infantry officer in Vallarsa and the Puster Valley,he returned home in 1920.

Montale wrote more than ten anthologies of short lyrics,a journal of poetry translation,plus several books of prose translations,two books of literary criticism,and one of fantasy prose. Alongside his imaginative work he was a constant contributor to Italy's most important newspaper,the Corriere della Sera,for which he wrote a huge number of articles on literature,music,and art. He also wrote a foreword to Dante's "The Divine Comedy",in which he mentions the credibility of Dante,and his insight and unbiased imagination. In 1925 he was a signatory to the Manifesto of the Anti-Fascist Intellectuals. Montale's own politics inclined toward the liberalism of Piero Gobetti and Benedetto Croce. [3] [4]

Montale's work,especially his first poetry collection Ossi di seppia ("Cuttlefish Bones"),which appeared in 1925,shows him as an antifascist who felt detached from contemporary life and found solace and refuge in the solitude of nature.

A famous poem of Ossi di seppia ends with these two verses:

The Mediterranean landscape of Montale's native Liguria was a strong presence in these early poems:they gave him a sort of "personal seclusion" in the face of the depressing events around him. These poems emphasise his personal solitude and empathy with "little" and "insignificant" things,or with the horizon,the sea. According to Montale,nature is "rough,scanty,dazzling". In a world filled with defeat and despair,nature alone seemed to possess dignity –the same as the reader experiences in reading his poems.

Anticonformism of the new poetry

Montale moved to Florence in 1927 to work as editor for the publisher Bemporad. Florence was the cradle of Italian poetry of that age,with works like the Canti orfici by Dino Campana (1914) and the first lyrics by Ungaretti for the review Lacerba . Other poets like Umberto Saba and Vincenzo Cardarelli had been highly praised. In 1929 Montale was asked to be chairman of the Gabinetto Vieusseux Library,a post from which he was expelled in 1938 by the fascist government. By this time Montale's poetry was a reaction against the literary style of the fascist regime. [5] He collaborated with the magazine Solaria ,and (starting in 1927) frequented the literary caféLe Giubbe Rosse ("Red Jackets") on the Piazza Vittoria (now Piazza della Repubblica). Visiting the caféoften several times a day,he became a central figure among a group of writers there,including Carlo Emilio Gadda,Arturo Loria and Elio Vittorini (all founders of the magazine). [6] He wrote for almost all the important literary magazines of the time.

Though hindered by financial problems and the literary and social conformism imposed by the authorities,in Florence Montale published his finest anthology, Le occasioni ("Occasions",1939). From 1933 to 1938 he had a love relationship with Irma Brandeis,a Jewish-American scholar of Dante who occasionally visited Italy for short periods. After falling in love with Brandeis,Montale represented her as a mediatrix figure like Dante's Beatrice. Le occasioni contains numerous allusions to Brandeis,here called Clizia (a senhal). Franco Fortini judged Montale's Ossi di seppia and Le occasioni the high-water mark of 20th century Italian poetry.

T.S. Eliot,who shared Montale's admiration for Dante,was an important influence on his poetry at this time;in fact,the new poems of Eliot were shown to Montale by Mario Praz,then teaching in Manchester. The concept of the objective correlative used by Montale in his poetry,was probably influenced by T. S. Eliot. In 1948,for Eliot's sixtieth birthday,Montale contributed a celebratory essay entitled "Eliot and Ourselves" to a collection published to mark the occasion. [7]

Disharmony with the world

From 1948 to his death,Montale lived in Milan. After the war,he was a member of the liberal Partito d'Azione. [8] As a contributor to the Corriere della Sera he was music editor and also reported from abroad,including Israel,where he went as a reporter to follow Pope Paul VI's visit there. His works as a journalist are collected in Fuori di casa ("Out of Home",1969).

La bufera e altro ("The Storm and Other Things") was published in 1956 and marks the end of Montale's most acclaimed poetry. Here his figure Clizia is joined by La Volpe ("the Fox"),based on the young poet Maria Luisa Spaziani with whom Montale had an affair during the 1950s. However,this volume also features Clizia,treated in a variety of poems as a kind of bird-goddess who defies Hitler. These are some of his greatest poems.

His later works are Xenia (1966),Satura (1971) and Diario del '71 e del '72 (1973). Montale's later poetry is wry and ironic,musing on the critical reaction to his earlier work and on the constantly changing world around him. Satura contains a poignant elegy to his wife Drusilla Tanzi. He also wrote a series of poignant poems about Clizia shortly before his death. Montale's fame at that point had extended throughout the world. He had received honorary degrees from the Universities of Milan (1961),Cambridge (1967),Rome (1974),and had been named Senator-for-Life in the Italian Senate. In 1973 he was awarded the Golden Wreath of the Struga Poetry Evenings in Struga,SR Macedonia. [9] In 1975 he received the Nobel Prize for Literature.

In 1996,a work appeared called Posthumous Diary (Diario postumo) that purported to have been 'compiled' by Montale before his death,with the help of the young poet Annalisa Cima;the critic Dante Isella thinks that this work is not authentic. [10] Joseph Brodsky dedicated his essay "In the Shadow of Dante" to Eugenio Montale's lyric poetry.

Each year links to its corresponding "[year] in literature" or "[year] in poetry" article:

Umberto Saba was an Italian poet and novelist, born Umberto Poli in the cosmopolitan Mediterranean port of Trieste when it was the fourth largest city of the Austro-Hungarian Empire. Poli assumed the nom de plume "Saba" in 1910, and his name was officially changed to Umberto Saba in 1928. From 1919 he was the proprietor of an antiquarian bookshop in Trieste. He suffered from depression for all of his adult life.

Irma Brandeis (1905–1990) was an American scholar of Dante Alighieri. Her work The Ladder of Vision was acclaimed as a breakthrough in Dantean studies upon its publication in the 1960s. 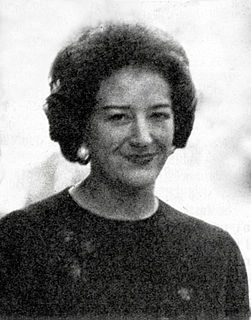 Posthumous Diary is a series of poems attributed to the Italian poet Eugenio Montale which first appeared in full in 1996. It was purported to be conceived as a literary time-bomb carried out with the help of a young fan, Annalisa Cima.

Luigi Ballerini is an Italian writer, poet, and translator. 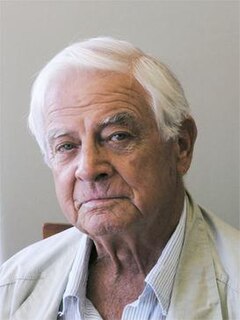 Patrick Roland Cullinan was a South African poet and biographer. 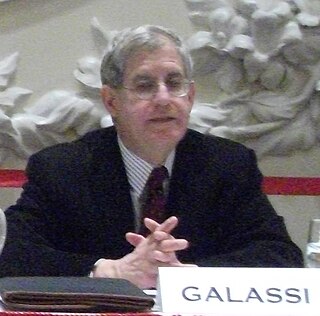 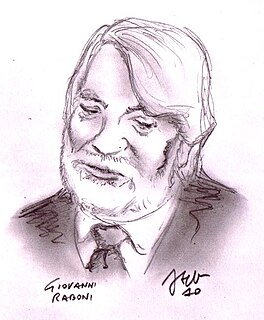 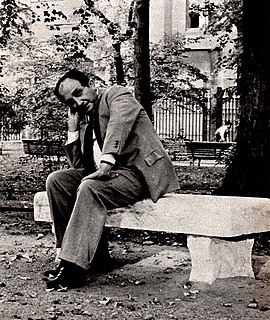 Alfonso Gatto was an Italian author. Along with Giuseppe Ungaretti and Eugenio Montale, he is one of the foremost Italian poets of the 20th century and a major exponent of hermetic poetry.

Gianfranco Contini was an Italian academic and philologist.

Cesare Garboli was an Italian literary and theater critic, translator, writer and academic. 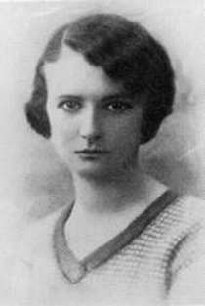 Antonia Pozzi was an Italian poet.

Giorgio Orelli was an Italian-speaking Swiss poet, writer and translator. 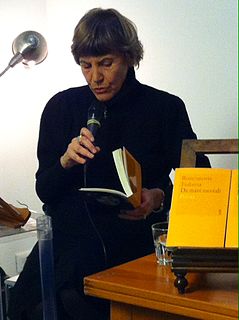 Biancamaria Frabotta is an Italian writer. She has promoted the study of women writers in Italy. and her early poetry focused on feminist issues. The main themes of her later works are melancholy, the dichotomy between Nature and History and between Action and Contemplation, the relationship between the body and the self, and conjugal love. Besides essays on feminism and academic works on poets such as Giorgio Caproni, Franco Fortini, Amelia Rosselli, she has written plays, radio-dramas, a television show on Petrarch and a novel. Until her retirement in 2016, she has taught Modern Italian Literature at the University of Rome La Sapienza, where she got her Laurea degree.

Drusilla Tanzi was an Italian writer who was born and died in Milan.

Corrado Govoni. was an Italian poet. His work dealt with modern urban representations, the states of memory, nostalgia, and longing, using an expressive and evocative style of writing.