Euodia (Greek Εὐοδία, meaning unclear, but possibly "sweet fragrance" [1] [2] or "prosperous journey" [3] ) and Syntyche (Συντύχη, "fortunate," literally "with fate") are people mentioned in the New Testament. They were female members of the church in Philippi, and according to the text of Philippians 4: 2-3, they were involved in a disagreement together. The author of the letter, Paul the Apostle, whose writings generally reveal his misgivings that internal disunity will seriously undermine the church, beseeched the two women to "agree in the Lord". Euodia was the old name of a plant genus that has been changed to Tetradium.

Despite the clear context and gender agreement of the original Greek text, the Authorised Version of the Bible incorrectly assigns Euodia the name "Euodias" (the male gender version of the name) and thus makes the quarrel appear to be between a man and a woman. According to some sources, [4] there was a historical theory that Euodias (male) was the gaoler of Philippi (see Acts 16: 25-34) and Syntyche was his wife. This theory is rejected by modern scholarship, not least because of the clarity in the original text that both characters are female. As a Roman colony, Philippi gave a level of independence to women that was not common in most Greek cities of the period; this may account for the prominence of the women and their disagreement.

There are references to a "Euodia" (again mistaking the name as a male form) in the document Apostolic Constitutions, which purports to be a set of writings of the twelve Apostles of Jesus, but is in fact a bogus source, dated to the fourth century AD, and believed to originate in Syria. [5]

Not surprisingly, Euodia and Syntyche are chiefly remembered as two people who had an argument, and their names are most commonly associated with disagreement. [6] [7] However, for some commentators, as also for some church institutions, there is further significance in the implied leadership role of the two women within the Philippian church. This leadership role, which some have suggested included ordained ministry, is taken to be implied both by Paul's interest in their argument, and by the language used by Paul in addressing their disagreement. [8]

In an unsolved mystery, arising in verse 3 of the passage, Paul calls upon an unnamed individual, charging him to intervene directly to assist in ending the quarrel between Euodia and Syntyche. According to different translations, Paul addresses this person as "my true yokefellow" or "my true comrade". This has led to speculation about the identity of this helper. Timothy, Silas, and others have been suggested. Timothy may perhaps be considered less likely, as he is named in the introduction as a fellow author of the letter, with Paul (Philippians 1:1). Peter Toon, in his commentary, wrote "His identity is not known, but he was probably a respected and influential member of the church whose word would be heeded". [9] William Barclay, after discussing various possible identities, states "Maybe the best suggestion is that the reference is to Epaphroditus, the bearer of the letter." [10]

Conclusion of the argument

The exact nature of the disagreement is unknown. Matthew Henry's Complete Commentary, to which sections on the epistles were added posthumously by the editors under George Burder, introduces a theory that the women's argument may have been jointly prosecuted by them against the wider church, although it also posits the more traditional view that they disagreed with one another. [11] :664

Either way, the commentary is clear that disagreement and disunity were undermining church life. There are no extant sources (biblical or otherwise) to suggest the outcome of the argument. Nonetheless, it is often cited in contemporary church life as part of a call to build unity within congregations and churches. [12]

The Epistle to the Galatians, often shortened to Galatians, is the ninth book of the New Testament. It is a letter from Paul the Apostle to a number of Early Christian communities in Galatia. Scholars have suggested that this is either the Roman province of Galatia in southern Anatolia, or a large region defined by an ethnic group of Celtic people in central Anatolia.

The Epistle to the Philippians, commonly referred to as Philippians, is a Pauline epistle of the New Testament of the Christian Bible. The epistle is attributed to Paul the Apostle and a co-author named Timothy, and is addressed to the Christian church in Philippi. Paul and Silas first visited Philippi in Greece during Paul's second missionary journey, which occurred between approximately 49 and 51 AD. Philippi was the location of the first Christian community established in Greece. 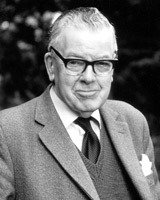 Epaphroditus is a New Testament figure appearing as an envoy of the Philippian church to assist the Apostle Paul. He is regarded as a saint of the Orthodox Church and the Catholic Church, first Bishop of Philippi, and of Andriaca, and first Bishop of Terracina, Italy. There is little evidence that these were all the same man. 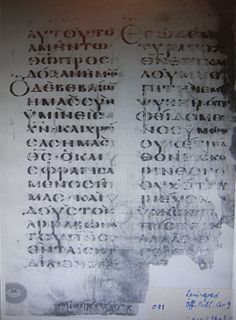 2 Corinthians 1 is the first chapter of the Second Epistle to the Corinthians in the New Testament of the Christian Bible. It is authored by Paul the Apostle and Timothy in Macedonia in 55–56 CE. 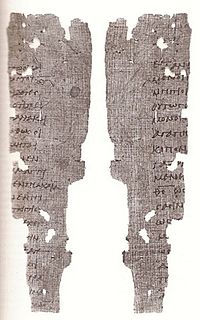 1 Thessalonians 1 is the first chapter of the First Epistle to the Thessalonians in the New Testament of the Christian Bible. It is authored by Paul the Apostle, likely written in Corinth in about 50-51 CE for the church in Thessalonica. This chapter contains the prescript and Paul's thanksgiving.

Philippians 1 is the first chapter of the Epistle to the Philippians in the New Testament of the Christian Bible. It is authored by Paul the Apostle about mid-50s to early 60s CE and addressed to the Christians in Philippi, written either in Rome or Ephesus. This chapter contains the greeting, thanksgiving, prayer and exhortation as an introduction (overture) to the major narratives in the next chapters.

Philippians 4 is the fourth chapter of the Epistle to the Philippians in the New Testament of the Christian Bible. It is authored by Paul the Apostle about mid-50s to early 60s CE and addressed to the Christians in Philippi. This chapter contains Paul's final exhortation, thanks for support and conclusion of the epistle.

Titus 3 is the third chapter of the Epistle to Titus in the New Testament of the Christian Bible. The letter is traditionally attributed to Paul the Apostle, sent from Nicopolis of Macedonia, addressed to Titus in Crete. There are charges that it is the work of an anonymous follower, after Paul's death in the first century AD. This chapter contains Paul's instruction for the church as a community with responsibilities in the public realm, towards the government and also towards individuals, concluded with some personal requests for Titus before the final benediction.

The Metropolis of Philippi, Neapolis and Thasos is a Greek Orthodox metropolitan see in eastern Macedonia, Greece. It was founded in the ancient city of Philippi, where it was based until the destruction of the host city in the 14th or 15th century. Today it is based in the city of Kavala. Although being subject to the Ecumenical Patriarchate of Constantinople, it is administered by the Church of Greece.