Eurosport India (previously known as DSport before 2021) is an Indian sports channel owned by Discovery Asia-Pacific. [1]

Launched As DSport In 6th February 2017 By a partnership between Discovery India and Lex Sportel. due to low TRP channel was rebranded many times until 2020.

in January 2020, Lex Sportel (the content provider for this channel) has parted ways with Discovery, taking their event rights from this channel and created their own channel 1Sports. [2] On 17 March 2020, Ministry of Information and Broadcasting permitted Discovery to finally rename the channel to Eurosport. [3] 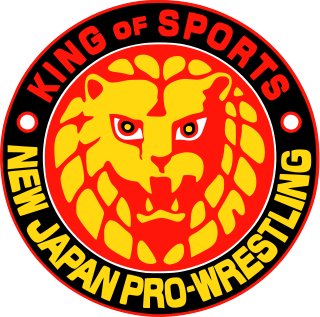 New Japan Pro-Wrestling Co., Ltd. (NJPW) is a Japanese professional wrestling promotion based in Nakano, Tokyo. Founded on January 13, 1972 by Antonio Inoki, the promotion was sold to Yuke's, who later sold it to Bushiroad in 2012. TV Asahi and Amuse, Inc. own minority shares of the company. Naoki Sugabayashi has served as the promotion's Chairman since September 2013, while Takami Ohbari has served as the President of the promotion since October 2020.

Nova Sports is a Greek sports pay television network owned by Nova, a subsidiary of Greek telecommunications company of the same name. It was launched in 1994 as SuperSport and at the time was the first premium sports service in Greece. It is available exclusively on Nova, a DTH satellite service. It is available terrestrially and via satellite only on Nova.

Sport TV is a Portuguese sports-oriented premium cable and satellite television network with five premium channels in Portugal, one sports news channel and two channels in Portuguese-speaking Africa. The first channel, then only known as Sport TV, was launched on 16 September 1998. It is owned by Altice Portugal, NOS, Vodafone Portugal and Global Media Group. It is available in almost all television distribution operators in Portugal as a premium subscription channel.

This article refers to sports broadcasting contracts in Kosovo. For a list of broadcasting rights in other countries, see Sports television broadcast contracts.

Direct-to-Home (DTH) television is a method of receiving satellite television by means of signals transmitted from direct-broadcast satellites. The Government of India (GoI) permitted the reception and distribution of satellite television signals in November 2000. The first DTH service in the country was launched by Dish TV on 2 October 2003. DD Free Dish, the first free DTH service in India, was launched by public broadcaster Prasar Bharati in December 2004.

FreeSports is a British free-to-air sports television channel operated and owned by Premier Media S.à r.l. Launched on 31 August 2017, the channel is operated in the United Kingdom and is also available in the Republic of Ireland as a pay channel.

This article refers to sports broadcasting contracts in India. For a list of contracts in other countries, see Sports television broadcast contracts.

TAP Sports is a Philippine pay television network of sports channels owned by TAP Digital Media Ventures Corporation. It was launched on April 14, 2019 under two separate channels carried by Sky Cable, and was later relaunched the following year.