Eutin (German pronunciation: [ɔʏˈtiːn] ) is the district capital of Eastern Holstein county located in the northern German state of Schleswig-Holstein. As of 2015, the town had some 17,000 inhabitants.

The name Eutin (originally Utin) is of Slavic origin. Its meaning is not quite clear; it is probably derived from the personal name "Uta". The Slavic Obotrites tribe settled eastern Holstein in the 7th/8th centuries A.D. and built a castle on Pheasant Island in the lake now called the Großer Eutiner See. 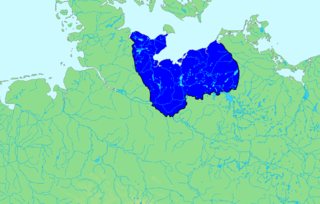 The Obotrites or Obodrites, also spelled Abodrites, were a confederation of medieval West Slavic tribes within the territory of modern Mecklenburg and Holstein in northern Germany. For decades, they were allies of Charlemagne in his wars against the Germanic Saxons and the Slavic Veleti. The Obotrites under Prince Thrasco defeated the Saxons in the Battle of Bornhöved (798). The still heathen Saxons were dispersed by the emperor, and the part of their former land in Holstein north of Elbe was awarded to the Obotrites in 804, as a reward for their victory. This however was soon reverted through an invasion of the Danes. The Obotrite regnal style was abolished in 1167, when Pribislav was restored to power by Duke Henry the Lion, as Prince of Mecklenburg, thereby founding the German House of Mecklenburg.

Utin was the name of a Wendish castle that was built in the 9th century on Pheasant Island in the lake known as the Großer Eutiner See in what is now the German state of Schleswig-Holstein. It was the centre of the eponymous Wendish Gau. The castle was linked to the shore via a bridge next to which a settlement, also called Utin, grew up.

Pheasant Island is one of the two islands in the south of the lake of Großer Eutiner See, which itself lies in the borough of Eutin in the district of Ostholstein in the German state of Schleswig-Holstein. The island is about 150 × 200 metres across.

The originally Slavonic settlement of Utin was populated in the twelfth century by Dutch settlers. In 1156 Eutin became a market town. Town rights were granted in the year 1257. It later became the seat of the Prince-Bishopric of Lübeck, as Lübeck itself was an imperial free city. When the bishopric was secularized in 1803, Eutin became part of the Duchy of Oldenburg. As a result of the Greater Hamburg Act of 1937, Eutin passed from the Free State of Oldenburg to the Prussian Province of Schleswig-Holstein. After World War II, it became part of the modern Bundesland of Schleswig-Holstein.

Lübeck is a city in Schleswig-Holstein, northern Germany, and one of the major ports of Germany. On the river Trave, it was the leading city of the Hanseatic League, and because of its extensive Brick Gothic architecture, it is listed by UNESCO as a World Heritage Site. In 2015, it had a population of 218,523.

The Duchy of Oldenburg — named after its capital, the town of Oldenburg — was a state in the north-west of present-day Germany. The counts of Oldenburg died out in 1667, after which it became a duchy until 1810, when it was annexed by the First French Empire. It was located near the mouth of the River Weser.

The Greater Hamburg Act, in full the Law Regarding Greater Hamburg and Other Territorial Readjustments, was passed by the government of Nazi Germany on 26 January 1937, and mandated the exchange of territories between Hamburg and the Free State of Prussia. It became effective on 1 April 1937.

Eutin is birthplace of composer Carl Maria von Weber. To honor him, an open-air theater (Freilichtbühne) was built in the park of Eutin Castle in 1951, and operas are performed there in July and August during the Eutin Opera Summer Festival (Eutiner Festspiele). The seating capacity of this open-air venue is about 2000. The festival includes music students in Eutin as well as students from the University of Kansas in Lawrence, Kansas, US, which is the twin city of Eutin. 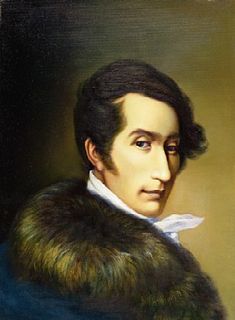 Eutin Castle in Eutin in the north German district of Ostholstein is the cultural centre and nucleus of the town and, together with Gottorf and Glücksburg Castles, belongs to the most important courtly secular buildings in the state of Schleswig-Holstein.

The University of Kansas, also referred to as KU, is a public research university with its main campus in Lawrence, Kansas, and several satellite campuses, research and educational centers, medical centers, and classes across the state of Kansas. Two branch campuses are in the Kansas City metropolitan area on the Kansas side: the university's medical school and hospital in Kansas City, the Edwards Campus in Overland Park, and a hospital and research center in the state's capital of Topeka. There are also educational and research sites in Garden City, Hays, Leavenworth, Parsons, and Topeka, and branches of the medical school in Salina and Wichita. The university is one of the 62 members of the Association of American Universities.

Eutin hosts an annual Blues Festival (Bluesfest Eutin) at the beginning of summer. Local musicians, as well as up and coming blues artists from around the world, come to play at this three-day outdoor blues festival, which takes place in the market place in the center of town. As the costs are covered by sponsoring, public funding and volunteer helpers, admission is free.

Schleswig-Holstein, particularly Eutin, is known for its numerous rapeseed fields, which are used for biofuel production. Wind turbines are also a common sight in this rural region.

Originally constructed as a fully functioning windmill in 1850 by Carl Friedrich Trahn, Die alte Mühle (the old mill) now serves as a bar and restaurant.

Other people who worked in Eutin

Eutin is twinned with:

In addition to Standard German (Hochdeutsch), Low German (Plattdeutsch) is very commonly used in Eutin. A common greeting among the citizens is "moin", to which one replies with "moin moin".

The North Elbian Evangelical Lutheran Church was a Lutheran regional church in Northern Germany which emerged from a merger of four churches in 1977 and merged with two more churches in 2012. The NEK largely covered the area of the states of Schleswig-Holstein and Hamburg where it was the most important Christian denomination. It had 2.1 million members in 595 parishes, constituting 46% of the population in its ambit.

Alexander, Duke of Schleswig-Holstein-Sonderburg, was a Danish nobleman. 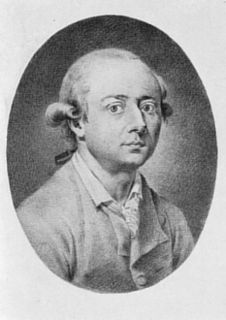 Ahrensbök is a municipality in the district of Ostholstein, in Schleswig-Holstein, Germany. It is situated approximately 17-km northwest of Lübeck, and 45-km southeast of Kiel.

Bosau is a municipality on the Great Plön Lake the district of Ostholstein, in Schleswig-Holstein, Germany. It is situated approximately 13 km west of Eutin, and 30 km southeast of the state capital of Kiel.

Haina (Kloster) is a community in Waldeck-Frankenberg in northwest Hesse, Germany.

Friedrich August, Duke of Holstein-Oldenburg was the son of Christian August, regent of Holstein-Gottorp and his wife Margravine Albertine Friederike of Baden-Durlach.

Holstein Switzerland is a hilly area with a patchwork of lakes and forest in Schleswig Holstein, Germany, reminiscent of Swiss landscape. Its highest point is the Bungsberg. It is a designated nature park as well as an important tourist destination in Northern Germany situated between the cities of Kiel and Lübeck.

Duke Friedrich August of Oldenburg was a member of the House of Holstein-Gottorp. He is a son of Nikolaus, Hereditary Grand Duke of Oldenburg and Princess Helena of Waldeck and Pyrmont.

Johann Jacob Tischbein, known as the Lübecker Tischbein, was a German painter from the Tischbein family of artists.

Peter Friedrich Ludwig Tischbein was a German forester, paleontologist and entomologist. His father was the painter Johann Heinrich Wilhelm Tischbein.