Eva Fools Around (Czech : Eva tropí hlouposti) is a Czech comedy film directed by Martin Frič. [1] It was released in 1939.

Eva Norová goes to visit her aunt Pa for her 60th birthday. Pa's wish is to learn how to grow the kind of roses that her neighbour, factory owner Záhorský has cultivated. However, aunt Pa is not on friendly terms with her neighbour. Eva applies for a job as a secretary in order to steal the instructions for growing the roses. Meanwhile, Eva's brother Michal, who has fallen in love with Záhorský's daughter Eliška, also makes his way to the Záhorský residence. Eva in turn falls in love with the Záhorskýs' secretary, Jiří Kučera, who has nestled his way into the family in order to win back his stolen family jewels. When Eva brings the instructions for growing the roses to her aunt, she finds out that she already got them a week earlier from Záhorský's daughter Eliška, and Eva returns the instructions. In the end everything turns out well, the Záhorskýs become friends with aunt Pa and offer her the rose growing instructions themselves, Jiří's family jewels are returned, Michal is engaged to Eliška and Eva gets together with Jiří. [2]

The Czech and Slovak Federative Republic competed as a nation for the last time at the 1992 Summer Olympics in Barcelona, Spain. After the dissolution of Czechoslovakia at the end of 1992, the Czech Republic and Slovakia would compete as independent nations at the 1996 Summer Olympics. 208 competitors, 146 men and 62 women, took part in 121 events in 25 sports. 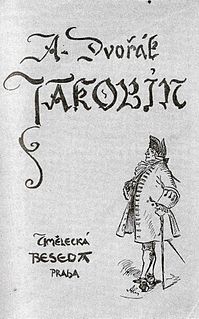 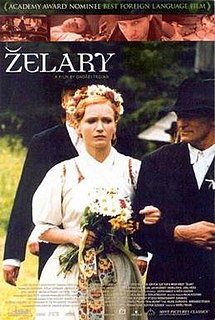 Želary is a 2003 Czech/Slovak film directed by Ondřej Trojan and starring Anna Geislerová. The film received a 2004 Academy Award nomination in the Best Foreign Language Film category. It was produced by Barrandov Studios in Prague. 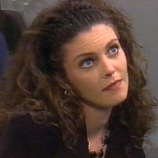 Diamonds and Toads or Toads and Diamonds is a French fairy tale by Charles Perrault, and titled by him "Les Fées" or "The Fairies". Andrew Lang included it in The Blue Fairy Book. It was illustrated by Laura Valentine in Aunt Louisa's nursery favourite.

Aleksandra Piłsudska was the second wife of Józef Piłsudski. 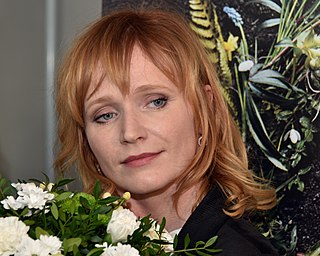 Anna Geislerová, also known as Aňa Geislerová, is a Czech actress. She became well known for her double role of Eliška/Hana in movie Želary (2003) and as Anna in Návrat idiota (1999). A former model, Geislerová made her feature film debut at age 12.

Please Turn Over is a 1959 British comedy film written by Norman Hudis, produced by Peter Rogers and directed by Gerald Thomas. It featured Ted Ray, Julia Lockwood, Jean Kent, Joan Sims, Leslie Phillips, Charles Hawtrey, Lionel Jeffries and Victor Maddern. The screenplay concerns an English town that is thrown into chaos when the daughter of one of the residents publishes a book detailing the supposed secrets of the inhabitants. It was based on the play Book of the Month by Basil Thomas.

Comeback is a Czech television sitcom that premiered on TV Nova on 4 September 2008.

Adolf Dauber was a jazz violinist, bandleader, composer and music arranger of Jewish origin, who was active in the first half of the 20th century in Central Europe, mainly in Austria, Czechoslovakia and Germany. During his career, he collaborated with international jazz personalities, led numerous orchestras and ensembles, and created music for several films.

Fan Vavřincová was a Czech screenwriter, novelist, and author. Her credits as a screenwriter include the early 1970s television series, Taková normální rodinka. In addition to screenwriting, Vavřincová authored novels, often written specifically for girls, as well as short stories, detective stories, thrillers, and mysteries. Among her most well-known novels is Eva tropí hlouposti (1934), which was adapted into the 1939 film by the same name.

Penelope is a Slovak psychological drama film directed by Štefan Uher. Starring Božidara Turzonovová and Eva Kristínová, the movie was released on January 20, 1978.

Eliska Haskova Coolidge or Eliska Hasek Coolidge became Staff Assistant in the Kennedy White House in 1963. In 1964 she was asked by President Johnson to set up the Office of Presidential Messages of which she served as Director and Special Assistant to the President until 1981. From 1981 to 1990 she served at the United States Department of State.