Evandro Cavalcanti Lins e Silva (18 January 1912 – 17 December 2002) was a Brazilian lawyer, journalist, writer and politician. He was Prosecutor General of the Republic, Chief of Staff, Minister of Foreign Affairs, and Justice of the Supreme Federal Court.

He was a member of the Brazilian Academy of Letters.

Lins e Silva graduated at the Faculty of Law of Federal University of Rio de Janeiro (UFRJ) in 19 November 1932. While a student, he worked as a journalist, which office kept even after graduating. As a lawyer, he specialized in criminal law and developed intense professional activity, until 1961, in the Jury Court, in criminal courts, in superior courts, and in the Supreme Federal Court, defending, moreover, countless trials of great repercussion, including in politics, before the National Security Court and the Militar Justice. [1] [2]

In 1956, he was hired as professor of the Chair of Criminal Law History and Penitenciary Science, in the doctorate degree, in the Faculty of Law of the then Guanabara State, which he taught until 1961. [1]

He was one of the founders of the Brazilian Socialist Party in 1947, alongside Rubem Braga, Joel Silveira, and others. He was also Chief of Staff of the Presidency and Minister of Foreign Affairs in 1963.

He was one of the lawyers responsible for the impeachment request against president Fernando Collor de Mello. [1] [2]

As a writer, he published many books, such as A Defesa tem a Palavra, Arca de Guardados and O Salão dos Passos Perdidos. He also coined the expression legitimate defense of honor (Portuguese : legítima defesa da honra) to justify the murder of Ângela Diniz by his client Doca Street. [2]

Evandro Lins e Silva, despite his old age, was in good health. He died in an accident, after hitting his head in a sidewalk. [1]

In Parnaíba, his birthplace, was constructed a memorial in his honor, with project signed by Oscar Niemeyer. [3] [4]

Fifth occupant of the Chair No. 1, elected in 16 April 1998, succeeding Bernardo Élis and received in 11 August 1998 by Academic Josué Montello. Received the Academic Raymundo Faoro in 17 September 2002. [5]

The Federal District is one of 27 federative units of Brazil. Located in the Center-West Region, it is the smallest Brazilian federal unit and the only one that has no municipalities, being divided into 31 administrative regions, totaling an area of 5,802 km². In its territory, is located the federal capital of Brazil, Brasília, that is also the seat of government of the Federal District.

Piauí is one of the states of Brazil, located in the country's Northeast Region.

Parnaíba is a city in the Brazilian state of Piauí. Having a population of over 150,000 inhabitants, it is the second most populous city in the state, after the capital Teresina. It is one of the four coastal municipalities in Piauí.

The law of Brazil is based on statutes and, partly and more recently, a mechanism called súmulas vinculantes. It derives mainly from the civil law systems of European countries, particularly Portugal, the Napoleonic Code and the Germanic law.

Same-sex marriage in Brazil has been legal since 16 May 2013, following a National Justice Council decision, which orders notaries of every state to perform same-sex marriages. 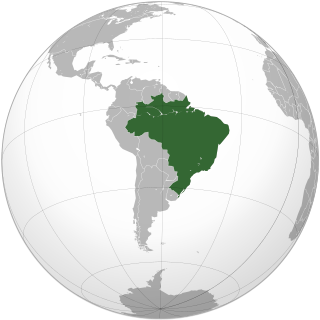 Lesbian, gay, bisexual and transgender (LGBT) rights in Brazil are among the most advanced in Latin America and the world, with LGBT people having marriage rights available nationwide since May 2013, although LGBT people still face some social challenges. 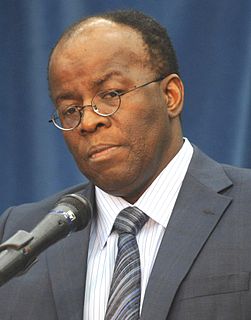 Joaquim Benedito Barbosa Gomes is a former Justice of the Supreme Federal Court in Brazil. He served as the president of the court between 2012 and 2014. 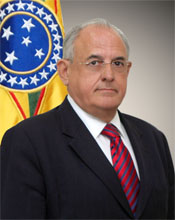 Nelson Azevedo Jobim is a Brazilian jurist, politician and businessman. He held the positions as congressman, Minister of Justice, Minister of Defense, Minister of the Supreme Federal Court (STF), where he was also president between 2004 and 2006. He is currently Chairman of the Board of Directors and responsible for Institutional Relations and Compliance Policies at BTG Pactual Bank.

Carlos Alberto Menezes Direito was a Brazilian judge who sat on the Supreme Federal Court, the highest court of law in Brazil, from his appointment in 2007 until his death in 2009.

José Antonio Dias Toffoli is a Brazilian lawyer and the current President of the Supreme Federal Court of Brazil.

Álvaro Barbalho Uchôa Cavalcanti was a Brazilian judge and politician who served as a senator in the Empire of Brazil from 1871 to 1889.