The Evangelical Cemetery of the Augsburg Confession was consecrated on 2 May 1792, designed by the architect Szymon Bogumił Zug. More than 100,000 people have been buried at the cemetery since its opening in 1792. During the Kościuszko Uprising of 1794 and during World War II, intense fighting took place at the cemetery. Worth seeing is the neoclassical Halpert family chapel (1835), which serves the Lutheran community. The chapel was rebuilt in 1975, however, many tombstones are still destroyed or in poor condition. As in the Roman Catholic Powązki Cemetery, a committee for the restoration of the cemetery has been set up, and collects money on All Saint's Day for the treasures of the burial ground to be returned to their former glory.

A few of the notable people buried here:

Wikimedia Commons has media related to Evangelisch-Augsburgischer Friedhof in Warschau .

Raszyn is a village in Pruszków County, Masovian Voivodeship, in east-central Poland. It is the seat of an administrative district called Gmina Raszyn. It lies approximately 9 kilometres (6 mi) east of Pruszków and 9 km (6 mi) south-west of Warsaw. The village has a population of 6,700.

Natolin Park is a historic park and nature reserve (1.2 km²) on the southern edge of Warsaw, Poland, in the Natolin residential neighborhood. 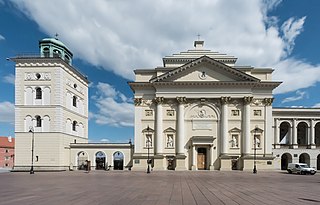 Neoclassical architecture in Poland was centered on Warsaw under the reign of Stanisław August Poniatowski, while the modern concept of a single capital city was to some extent inapplicable in the decentralized Polish–Lithuanian Commonwealth. Classicism came to Poland in the 18th century as the result of French infiltrations into the Polish millieu. The best-known architects and artists who worked in Poland were Dominik Merlini, Jan Chrystian Kamsetzer, Szymon Bogumił Zug, Stanisław Zawadzki, Efraim Szreger, Antonio Corazzi, Jakub Kubicki, Hilary Szpilowski, Christian Piotr Aigner, Wawrzyniec Gucewicz, Bonifacy Witkowski and Danish Bertel Thorvaldsen.

Szymon Bogumił Zug, born Simon Gottlieb Zug, and also known as Zugk, was a renowned Polish-German classicist architect and designer of gardens. Born in Merseburg in Saxony, he spent most of his life in the Polish–Lithuanian Commonwealth, where in 1768, he was ennobled.

The Holy Trinity Church, also known as Zug's Protestant Church, is a Lutheran church in central Warsaw, Poland, and one of two Augsburg Evangelical temples in the city. Designed by Szymon Bogumił Zug, it is one of the largest churches in Warsaw and one of the most notable for its round design.

The Chapel of Karol Scheibler, is a major architectural work in Łódź, Poland, built in 1888 and designed by architects Edward Lilpop and Józef Pius Dziekoński. It is located in the Evangelical-Augsburg part of the Old Cemetery at Ogrodowa Street 43.

Samuel Gottlieb Linde was a linguist, librarian, and lexicographer of the Polish language. He was director of the Prussian-founded Warsaw Lyceum during its existence (1804–31), and an important figure of the Polish Enlightenment. 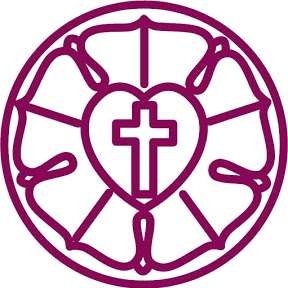 The Evangelical Church of the Augsburg Confession in the Republic of Poland is a Lutheran denomination and the largest Protestant body in Poland with about 61,000 members and 133 parishes. 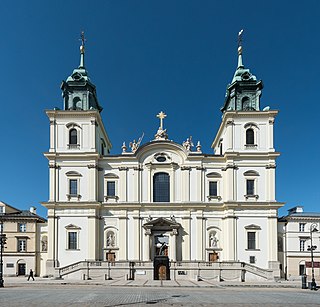 The Church of the Holy Cross is a Roman Catholic house of worship in Warsaw, Poland. Located on Krakowskie Przedmieście opposite the main Warsaw University campus, it is one of the most notable Baroque churches in Poland's capital.

The Palace of the Four Winds, also known as the Tepper Palace, is a rococo palace in Warsaw located at ulica Długa 38/40. 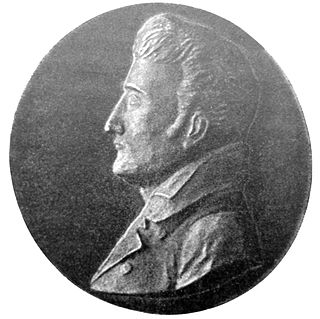 Johann Christian Schuch was a Dresden-born garden designer and architect, active in Poland.

Arkadia is a village in the administrative district of Gmina Nieborów, within Łowicz County, Łódź Voivodeship, in central Poland. It lies approximately 6 kilometres (4 mi) east of Łowicz and 50 km (31 mi) north-east of the regional capital Łódź. 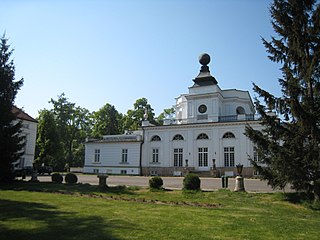 Jabłonna is a village in Legionowo County, Masovian Voivodeship, in east-central Poland. It is the seat of the Gmina Jabłonna. It lies approximately 4 kilometres (2 mi) south of Legionowo and 18 km (11 mi) north of Warsaw.

Lelewel Palace was a rococo palace on the Miodowa Street in the Warsaw Old Town, which was also unofficially named "Palace Street". Lelewel Palace was built in 1755 by Efraim Szreger on an estate documented to have been property of King John III Sobieski and maintaining the original Corps de logis. The client and owner until 1787 was Constance Lelewel née Jauch.

The Primate's Palace is a historical palace at the Senatorska Street in the Śródmieście district of Warsaw, Poland. 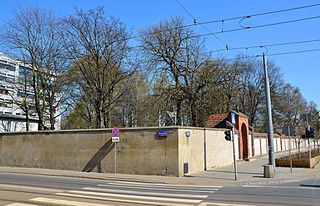 The Evangelical Reformed Cemetery in Warsaw is a historic Calvinist Protestant cemetery in Wola, a district in the west of Warsaw, Poland.

Młynów is a neighbourhood of the western borough of Wola in Warsaw, the capital of Poland.

Evangelical Reformed Parish in Warsaw is a Polish Reformed church in Warsaw at Aleja Solidarności 76a.

The Lutheran Diocese of Warsaw is one of the six dioceses of the Evangelical Church of the Augsburg Confession in Poland, covering most of central and eastern Poland. The Lutheran population in the area in 2016 was 3968, which amounts to about 7% of the total number of adherents of the church in Poland. There were 18 ordained ministers in the diocese in 2016.