Futebol Clube do Marco was founded on 25 May 1927. In 2000, it reached the second division for only the second time, being relegated at the end of the season, but immediately gaining promotion back.

During four consecutive seasons, Marco competed in the second level. In 2004–05, it achieved its best ever classification in the category, finishing in fourth position, nine points behind last promotee C.F. Estrela da Amadora. In the following campaign, the club ended its Portuguese Cup run with a valiant display against eventual winners FC Porto, losing 0–1 away.

On 27 September 2007, with Marco already in division three, the Portuguese Football Federation punished the club with relegation, suspension from all activity during two years and a €2,500 fine, following failure to appear in four league games. [1] A new side was created in 2009–10 as Associação Desportiva de Marco de Canaveses (AD Marco 09 for short), competing in the Porto Second Regional Division, and achieving promotion in the first season. 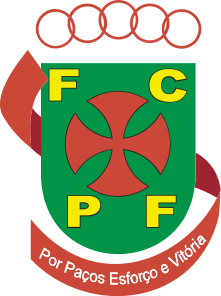 Botafogo Futebol Clube, commonly referred to as simply Botafogo de Ribeirão Preto, is a Brazilian association football club in Ribeirão Preto, São Paulo. They currently play in the Série B, the second tier of Brazilian football, as well as in the Campeonato Paulista Série A1, the top tier of the São Paulo state football league.

Futebol Clube de Alpendorada(abbreviated as FC Alpendorada) is a Portuguese football club based in Alpendurada e Matos, Marco de Canaveses in the district of Porto. 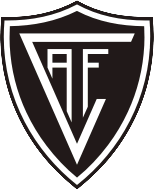 Rosariense Clube da Ribeira Grande, also as Rosariense Desportivo Clube, short or conventional form: Rosariense Clube is a football club that had played in the Premier division and plays in the Santo Antão Island League South Zone in Cape Verde. It is based in the town of Ribeira Grande in the northeastern part of the island of Santo Antão. Its current chairman is Orlando de Jesus Delgado who is since September 12, 2015

Clube de Futebol Andorinha de Santo António(abbreviated as CF Andorinha) is a Portuguese football club based in Santo António, Funchal on the island of Madeira.

The FPF Campeonato de Futebol de Praia is a league competition for beach soccer clubs in Portugal. Organised by the Portuguese Football Federation (FPF) who also established the championship in 2012, it is the country's primary beach soccer club competition. The national league replaced a previous championship run by district associations as Portugal's paramount club tournament. 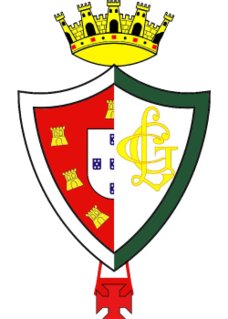 Vitória Futebol Clube is a Portuguese sports club from the city of Setúbal. Popularly known as Vitória de Setúbal, the club was born under the original name Sport Victoria from the ashes of the small Bonfim Foot-Ball Club. 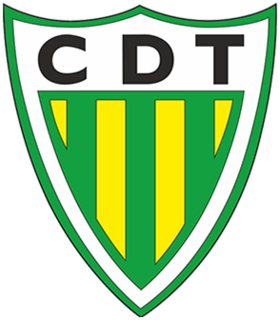 Clube Desportivo de Tondela is a Portuguese professional football club that plays in Primeira Liga, the top flight of Portuguese football. They are based in the town of Tondela, located in Viseu District, and play in the Estádio João Cardoso. Founded in 1933, the club predominantly played within Portugal's regional leagues.