Peter Høeg Gade is a retired Danish professional badminton player. He currently resides in Holte in Copenhagen. He has two children with the former handball player Camilla Høeg.

Flandy Limpele is a badminton player from Indonesia. He competed at the 1996 Atlanta, 2000 Sydney, 2004 Athens, and 2008 Beijing Summer Olympics.

Yang Wei is a former badminton player from the People's Republic of China. Yang grew up in Guangdong. 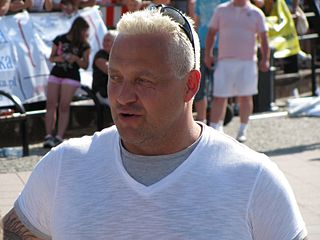 Svend Viking Karlsen is a Norwegian former strongman, powerlifter, and IFBB professional bodybuilder. He is well known for shouting his catch phrase "Viking Power!" during competitions.

Greg Bennett is a motivational speaker, corporate trainer, and entrepreneur. He is a retired professional Olympic athlete from Australia. He competed in triathlon since the age of 15 as a student at Newington College (1984–1989). Greg became a dual Australian and USA citizen in 2012.

Rena Inoue is a Japanese-born American pair skater. With partner John Baldwin, she is the 2004 and 2006 U.S. National Champion. Inoue previously competed for Japan as both a single skater and pair skater. Inoue and Baldwin are the first skaters to perform a throw triple axel in competition.

Sarah Meier is a Swiss former figure skater. She is the 2011 European champion, a two-time European silver medalist, the 2006 Grand Prix Final bronze medalist, and an eight-time Swiss national champion. 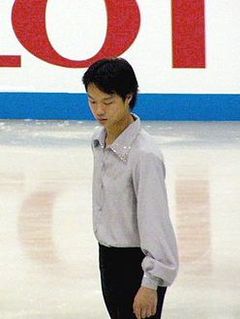 Péter Besenyei is a Hungarian aerobatics pilot and world champion air racer. He was born on 8 June 1956 in Körmend, Hungary. He lived near the airport of Budapest and became interested in flying when he was a child. From watching 1962 World Aerobatic Championships he decided to become a pilot. At 15 years of age he flew a glider for the first time. In 1976 Péter entered his first flying competition by piloting a glider and showed his talent, finishing in second place.

Steve Jones is a British airline pilot and an aerobatics pilot who competed in the Red Bull Air Race World Series, flying a Zivko Edge 540. He is now the championship's head judge.

The NHK Trophy is an international, senior-level figure skating competition held as part of the ISU Grand Prix of Figure Skating series. Organized by the Japanese Skating Federation, it began in 1979 and was added to the Grand Prix series in 1995, the series' inaugural year. Medals are awarded in the disciplines of men's singles, ladies' singles, pair skating, and ice dancing. 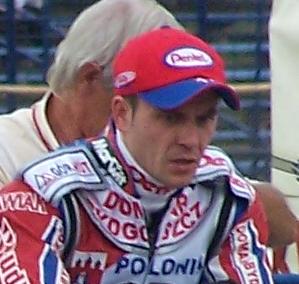 Taismary Agüero Leiva is a Cuban-born Italian volleyball player. She is the only player to represent two women's volleyball national team to win Major titles.