The club, initially known as SK Židenice, played in the top tier of Czechoslovak football from 1933 until suffering relegation in the 1946–47 Czechoslovak First League. [1] During this period, the club entered the Mitropa Cup three times, reaching the quarter finals in 1935 as well as taking part in the competition in 1936 and 1938.

The 1980s were less spectacular for Brno, as the club was relegated in 1983, playing until 1989 in the second tier. After just two seasons in the top tier, the club finished last in 1991 and was again relegated. [1]

Brno have competed a number of times in European competitions, reaching the second round of the 1978–79 European Cup in their only appearance to date in the competition. The club played in the 1993–94 European Cup Winners' Cup but lost in the first round.

Brno (then SK Židenice) competed in the Mitropa Cup three times before World War II, reaching the quarter finals in 1935.

Brno have played at Městský fotbalový stadion Srbská since 2001, when they moved from previous home Stadion Za Lužánkami. [5] In the 1990s, Brno attracted record crowds to their football matches, with Za Lužánkami as the venue for all of the top ten most-attended Czech First League matches. [6] The highest attendance for a Brno match is 44,120, set in a league match against Slavia Prague. [6]

For all players with a Wikipedia article, see Category:FC Zbrojovka Brno players.

Some of the biggest Czech football legends played for Brno briefly: [9]

The Stadion Za Lužánkami is a closed stadium in Brno, Czech Republic. It was primarily used for football, and was the home ground of FC Zbrojovka Brno. It held up to 50,000 people. 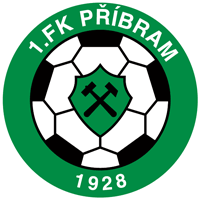 Rudá Hvezda Brno, also known as Red Star Brno and RH Brno was a Czechoslovak football club from the city of Brno. The club existed from 1956 until 1962, playing four seasons in the Czechoslovak First League, the country's top flight. After the 1961/62 season it amalgamated with Spartak ZJŠ Brno.

1. HFK Olomouc is a football club in the Czech Republic, based in Olomouc. The club is currently playing in the Czech Fourth Division. The club previously played in the Czech 2. Liga from 2005–06 until relegation in the 2008–09 season. In 2012–13, HFK Olomouc finished third in the Second Division but were relegated due to financial difficulties.

Statistics of Czechoslovak First League in the 1961–62 season.

Statistics of Czechoslovak First League in the 1975–76 season.

Karel Večeřa is a Czech football manager and former footballer.

Volejbal Brno is volleyball club, which participates in the men's top Czech volleyball competition. In addition to the professional team, the club also has active youth teams of all age levels, which regularly achieve high placings in contests.

RC Dragon Brno is a Czech rugby club in Brno. They currently play in the KB Extraliga. They have also been involved in the Central & Eastern European Rugby Cup since its inception in 2008.