The FIA Sportscar Championship was a sports car racing series created by John Mangoletsi and was eventually taken control of by the Fédération Internationale de l'Automobile (FIA). It was a series similar to the FIA GT Championship, concentrating on two classes of open-cockpit sports prototypes in endurance races mostly around Europe. The series was folded after the 2003 season.

Following the demise of the World Sportscar Championship in 1992, Europe was left without a major sportscar series. In the United States however, attempts were underway to recreate the glory of the World Sportscar Championship with the IMSA GTP series returning to cheaper, open-cockpit sportscars to replace their highly technological and expensive closed-cockpit sportscars that were similar to those used in the World Sportscar Championship at its end. Following on this successful formula, in 1997 John Mangoletsi developed the International Sports Racing Series, a European-based series for open-cockpit sportscars. It would be supported by major teams like Rafanelli, Riley & Scott, Kremer Racing, Joest Racing and Konrad Motorsport and by manufacturers such as Ferrari, which was having success with its new 333 SP sports racer.

The International Sports Racing Series was open to Sportscars complying with either FIA SR1 or FIA SR2 regulations. The SR1 class was for cars with engines limited to a maximum capacity of 6000cc if naturally aspirated or 4000cc if supercharged. The SR2 class was for cars with production based engines limited to a maximum of six cylinders and a maximum capacity of 3000cc. [1] The SR1 cars were similar to those contesting the LMP Class in the 24 Hours of Le Mans while the SR2 cars were similar to cars in the CN class as used in hillclimb events. In 1999, the series was officially recognized by the FIA and renamed the Sports Racing World Cup. Ferrari's success with the 333SP was proven with a large number of entrants making it the chassis of choice in SR1, while Riley & Scott, Lola, and other manufacturers attempted to overcome the dominant marque, Ferrari.

In 2001, the series was officially taken over by the FIA and renamed as the FIA Sportscar Championship and it continued to expand into new markets, including a partnership with Grand-Am Road Racing in the United States. This partnership involved sharing races and eventually, common regulations. With the creation of the American Le Mans Series in 1999 and the European Le Mans Series in 2001, the FIA Sportscar Championship found it increasingly difficult to attract top teams and manufacturers. Grand-Am Road Racing changed to adapt to this shift in sportscar design by dropping the SRP1 class and phasing out the SRP2 class (eliminated in 2004) in 2003 in favor of adopting its own rulebook for prototype closed-top race cars built on inexpensive tube-frame chassis known as Daytona Prototype, named for the former sanctioning body's base close to Daytona International Speedway. By that time, the FIA Sportscar Championship was suffering from a decline in entries, leading to its demise at the end of the 2003 season. The FIA chose instead to back the new Le Mans Endurance Series that debuted in 2004, ensuring the continuation of Sportscar racing in Europe.

Sports car racing is a form of motorsport road racing which utilises sports cars that have two seats and enclosed wheels. They may be purpose-built prototypes or grand tourers based on road-going models. Broadly speaking, sports car racing is one of the main types of circuit auto racing, alongside open-wheel single-seater racing, touring car racing and stock car racing. Sports car races are often, though not always, endurance races that are run over relatively large distances, and there is usually a larger emphasis placed on the reliability and efficiency of the car as opposed to outright speed of the driver. The FIA World Endurance Championship is an example of a sports car racing series. 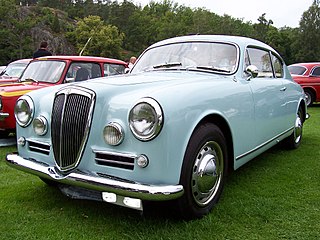 A grand tourer (GT) is a type of car that is designed for high speed and long-distance driving, due to a combination of performance and luxury attributes. The most common format is a front-engine, rear-wheel-drive two-door coupé with either a two-seat or a 2+2 arrangement. Grand tourers are most often the coupé derivative of luxury saloons or sedans. 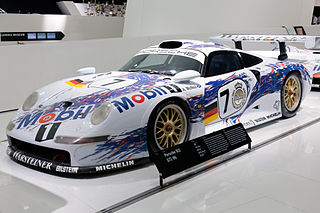 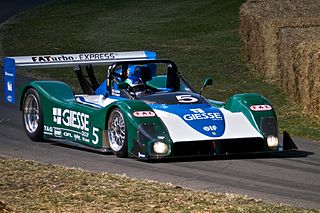 The Ferrari 333 SP is a sports prototype race car that was built by Italian race car manufacturer Dallara and later Michelotto to compete in the World Sports Car championship for Ferrari. Unveiled at the end of 1993, at the behest of amateur racer Giampiero Moretti, the 333 SP marked Ferrari's official return to sports car racing after a 20-year absence. The car was built to compete in the IMSA's new WSC class, which replaced the previous GTP cars. 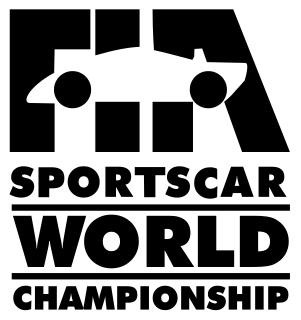 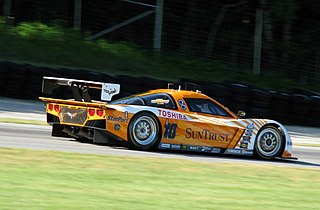 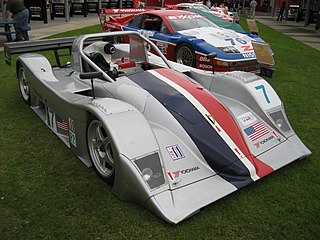 The Riley & Scott Mark III was a sports prototype auto racing car developed by Bob Riley, Bill Riley, and Mark Scott of Riley & Scott Cars Inc. Initially designed in 1993, the car was created for the World Sports Car (WSC) category which was to debut in the North American IMSA GT Championship during their 1994 season. It was not until 1995 that the first Mk III was completed, but the construction of further cars allowed a variety of teams to campaign in several North American and European racing series, including competing at the 24 Hours of Le Mans. 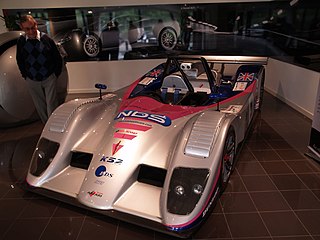 The Ascari A410 was a Le Mans Prototype built by Ascari Cars in 2000. The car, which was based on the Lola T92/10 Group C racing car, featured a 4-litre Judd GV4 V10 engine, and was used in European and international sports car racing events. In 2002, it was renamed as the Ascari KZR-1. 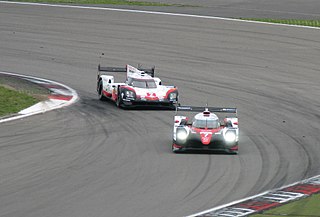 The 2017 FIA World Endurance Championship was the sixth season of the FIA World Endurance Championship, an auto racing series co-organised by the Fédération Internationale de l'Automobile (FIA) and the Automobile Club de l'Ouest (ACO). The series is open to Le Mans Prototypes and grand tourer-style racing cars divided into four categories. The season began at the Silverstone Circuit in April and will end at the Bahrain International Circuit in November, and include the 85th running of the 24 Hours of Le Mans. World championship titles will be awarded to the leading prototype drivers and manufacturers, while for the first time in the World Endurance Championship the leading grand touring drivers and manufacturers will also be awarded a world championship.

The Oreca 07 is a Le Mans Prototype built by French manufacturer Oreca to meet the 2017 FIA and ACO LMP2 regulations. It made its official race debut in the opening round of the 2017 IMSA WeatherTech SportsCar Championship, the 24 Hours of Daytona, and its FIA World Endurance Championship debut at the 2017 6 Hours of Silverstone. The car is the successor to the Oreca 05.

The Ligier JS P217 is a Le Mans Prototype built by Onroak Automotive and named in a partnership with French racing driver Guy Ligier. The Ligier JS P217 was built to meet the 2017 FIA and ACO regulations for 2017 for the LMP2 category in the FIA World Endurance Championship. The car also meets the regulations for the International Motor Sports Association’s (IMSA) WeatherTech SportsCar Championship for the Prototype class. It is active in both these championship series as well as the European Le Mans Series and Asian Le Mans Series in 2017. The prototype made its racing debut at the 2017 24 Hours of Daytona and its FIA World Endurance Championship debut at the 6 Hours of Spa-Francorchamps.

A Daytona Prototype International (DPi) is a type of sports prototype racing car developed specifically for the International Motor Sports Association's WeatherTech SportsCar Championship, as their top class of car, acting as a direct replacement, and spiritual successor of the Daytona Prototypes. They are named after the main series event, the Rolex 24 at Daytona. The class made its racing debut at the 2017 24 Hours of Daytona. 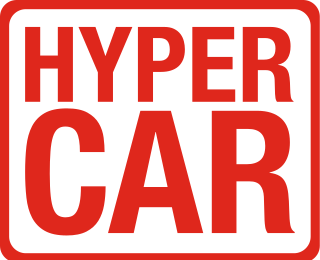 A Le Mans Hypercar (LMH) is a type of sports prototype race car that competes alongside LMDh entries in the Hypercar class of the FIA World Endurance Championship. It will also compete in the Grand Touring Prototype (GTP) class of the IMSA SportsCar Championship from 2023.

An LMDh is a type of sports prototype race car that will compete alongside Le Mans Hypercar entries in the Grand Touring Prototype (GTP) class of the IMSA SportsCar Championship from 2023. It also competes in the Hypercar class of the FIA World Endurance Championship.