Last updated November 20, 2022
International basketball governing body
This article is about the basketball organization. For other uses, see Fiba.

FIBA defines the rules of basketball, specifies the equipment and facilities required, organises international competitions, regulates the transfer of athletes across countries, and controls the appointment of international referees. A total of 213 national federations are now members, organized since 1989 into five zones: Africa, Americas, Asia, Europe, and Oceania.

FIBA organizes both the men's and women's FIBA World Olympic Qualifying Tournament and the Summer Olympics Basketball Tournament, which are sanctioned by the IOC. [5] The FIBA Basketball World Cup is a world tournament for men's national teams held every four years. Teams compete for the Naismith Trophy, named in honor of basketball's American-Canadian creator James Naismith. The tournament structure is similar but not identical to that of the FIFA World Cup in association football; these tournaments occurred in the same year from 1970 through 2014, but starting in 2019, the Basketball World Cup will move to the year following the FIFA World Cup. A parallel event for women's teams, the FIBA Women's Basketball World Cup, is also held quadrennially; from 1986 through 2014, it was held in the same year as the men's event but in a different country.

The Federation headquarters moved to Munich in 1956, then returned to Geneva in 2002. In 1991, it founded the FIBA Hall of Fame; the first induction ceremony was held on 12 September 2007, during EuroBasket 2007. During its 81st anniversary in 2013, FIBA moved into its new headquarters, "The House of Basketball", at Mies. Andreas Zagklis became the Secretary-General of FIBA on 7 December 2018.

2020–present; suspensions of Russia and Belarus

In February 2022, Russia and Belarus were suspended from international competitions until further notice due to Russia's invasion of Ukraine. [6] [7] It also banned the two countries from hosting any competitions. [7]

During the 1936 Summer Olympics the FIBA honored James A. Naismith, the founder of basketball, as their honorary President. [4]

The following table has the Top 32 men's basketball countries in the world. [9] The Top 32 is here due to the next iteration of the FIBA Basketball World Cup, the world's major tournament in men's basketball, anticipating to have 32 countries compete. As such, this table shows the projected teams in the next FIBA Men's WC based on the ranking's algorithm. This list does not consider berths given to countries based on hosting or region status. [10]

The following table has the Top 16 women's basketball countries in the world. [12] The Top 16 is here due to the next iteration of the FIBA Women's Basketball World Cup, the world's major tournament in women's basketball, anticipating to have 16 countries compete. As such, this table shows the projected teams in the next FIBA Women's WC based on the ranking's algorithm. This list does not consider berths given to countries based on hosting or region status. [13]

The Lebanon men's national basketball team, controlled by the Lebanese Basketball Federation (FLB), has represented Lebanon in basketball since its inception in 1947. The squad is governed by FIBA, and is part of the FIBA Asia zone. 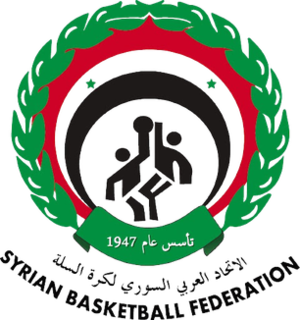 The FIBA Asia Cup is an international basketball tournament which takes place every four years between the men's national teams of Asia and Oceania.

The FIBA Men's World Ranking are FIBA's rankings of national basketball teams. FIBA ranks both men's and women's national teams for both senior and junior competitions. It also publishes combined rankings for all mixed-sex competitions.

The Lithuania women's national basketball team represents Lithuania in international women's basketball competitions. They are regulated by the Lithuanian Basketball Federation, the governing body for basketball in Lithuania.

The Spain women's national basketball team represents Spain in international women's basketball competition, and are regulated by the Spanish Basketball Federation, the governing body for basketball in Spain. Spain has one of the most successful women's national teams in the world, being the current World Cup bronze medallists.

Basketballin Greece erupted with the win of the Greece men's national basketball team at the 1987 EuroBasket in Athens, which caused a general basketball euphoria in the country. Since then, the Greece men's national teams have achieved consistent international success, leading Greece to join Russia, Serbia, Croatia, Italy, Spain, France, and Lithuania in the circle of European basketball powers. In addition to the Greece national team's triumph in 1987, they won the gold medal at the 2005 EuroBasket, silver medals at the 1989 EuroBasket, and the 2006 FIBA World Cup, and the bronze medal at the 2009 EuroBasket.

The basketball qualification for the Summer Olympics men's basketball tournament occurred from 2014 to 2016; all five FIBA zones sent in teams. 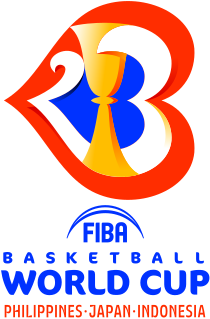