FICORA acted as the national telecommunications regulatory body, representing Finland in ITU and ETSI. It was one of the standards writing bodies working with the Finnish Standards Association. [3] It was founded in 1988 as the State Agency for Telecommunications Administration (THK; Finnish : Telehallintokeskus, Swedish : Teleförvaltningscentralen) by combining the regulatory divisions of the Finnish PTT agency (fi) and that of Yleisradio (YLE) into a single agency, and adopted its name in 2001. 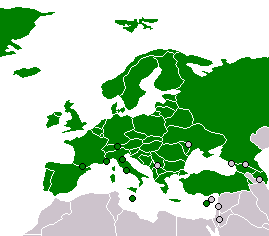 This article provides an overview of telecommunications in Lithuania, including radio, television, telephones, and the Internet.

Telecommunications in Trinidad and Tobago include radio, television, fixed and mobile telephones, and the Internet. 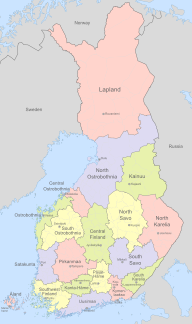 .fi is the Internet country code top-level domain (ccTLD) for Finland. It is operated by TRAFICOM, the Finnish Transport and Communications Agency.

Insafe is a European network of Awareness Centres promoting safer and better usage of internet, It is co-funded by the Safer Internet Programme. 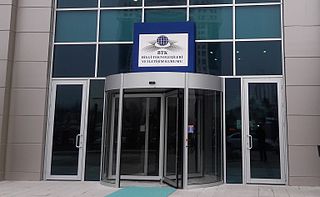 The Ministry of Transport and Communications is one of the twelve ministries which comprise the Finnish Government. LVM oversees Finland's transportation network and the country's communication services. 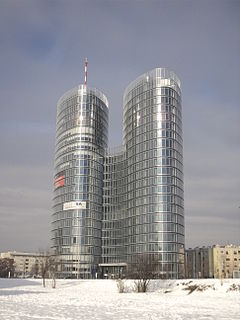 Croatian Regulatory Authority for Network Industries - HAKOM, with headquarters in Zagreb, is an independent regulatory agency for the telecommunications, postal and rail industries in Croatia. It also manages Croatia's radio spectrum.

The Short Range Certificate is an internationally valid certificate issued to marine radio station operators. It entitles the holder to participate in marine communications on leisure crafts using Marine VHF radio and DSC, while in the GMDSS A1 sea areas.