The FINA Swimming World Cup is an international series of short course (25 m (82 ft)) swimming meets organized by FINA, the International Federation for swimming. Launched in 1988, the FINA Swimming World Cup gathers world-class swimmers in a series of two-day meets organised between August and November each year. Across nine locations, the circuit is structured in clusters (Middle East, Europe and Asia) and distributes a total of prize money reaching US$2.5 million. [1]

The events are the same for all meets, but the competition order may vary. All events are swum prelims/finals, with the exception of the 800 m (2,600 ft) and 1,500 m (4,900 ft) freestyle which are swum as timed finals (all swimmers swim just once). The meets are held over two days, with preliminary heats in the morning, and finals in the evening. A noted exception to this style are the meets held in Brazil, where prelims have been in the evening with finals the following morning (and hence a three-day format).

On most years, the races are held in short course pools; the exception recently being the season leading up to an Olympic year, where events are swum in long course venues.

This is a listing of the history of the World Record in the swimming event: 100 Individual Medley. The event consists of one 25-meter lap of each stroke, and as such is only recognized in short course (25m) pools.

The Swedish Swimming Grand Prix series is a national swimming competition held each year in Sweden. The events take place in Long Course with morning finals as in the 2008 Summer Olympics. The meets are open for swimmers competing outside Sweden. 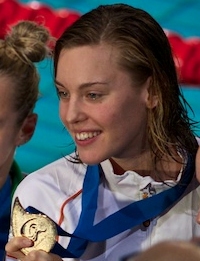 The 11th FINA World Swimming Championships (25m) was held in Istanbul, Turkey on 12–16 December 2012. This swimming-only championships took place in the Sinan Erdem Dome; all events were swum in a 25-meter (short-course) pool. 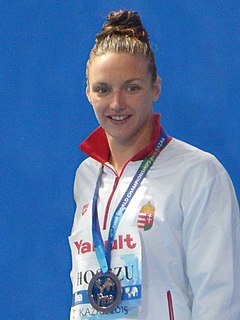 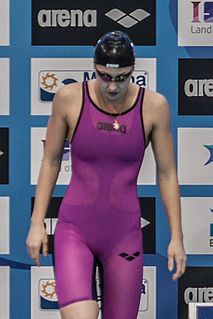 The women's 200 metre individual medley event at the 2016 Summer Olympics took place on 8–9 August at the Olympic Aquatics Stadium. 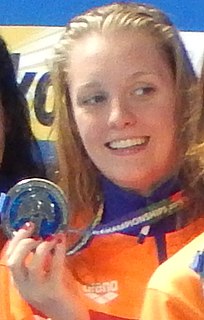 Maria Ugolkova is a Swiss swimmer specializing in the 200 metres medley. She currently represents Switzerland while competing as well as the SCUW club, based near Zurich, Switzerland.