Face-to-face interaction is social communication carried out without any mediating technology. [1] It is defined as the mutual influence of individuals’ direct physical presence with their body language and verbal language. [2] [3] It is one of the basic elements of a social system, forming a significant part of socialization and experience throughout an individual's lifetime. [4] It is also central to the development of groups and organizations composed of those individuals. [4] Face-to-face interaction not only allows people to communicate more directly, but has been shown to improve mental health and can reduce various mental illnesses, most commonly, depression and anxiety. [5]

Most research and studies on face-to-face interaction is done via direct observation; the goal is to explain the regularities in the actions observed in these interactions. [6] The study of face-to-face interaction examines its organization, rules, and strategy. It has been of interest to scholars since at least the early 20th century. [7] One of the earliest social science scholars to analyze this type of interaction was sociologist Georg Simmel. He defined a society as a number of individuals intertwined by various interactions. In his 1908 book, he observed that sensory organs play an important role in interaction, discussing examples of human behavior such as eye contact. [7] His insights were soon developed by others, including Charles Cooley and George Herbert Mead. [7] Their theories became known as symbolic interactionism; and have since opened the door to a variety and wide range of other theories. [8] Symbolic interactionists are more concerned with subjective meaning rather than objective structure. They focus on how individuals interpret subjective meaning, which leads them to understand how that individual views the world as well as how the repetition of meaningful interactions among individuals is the groundwork to define the formation of society. [9] By the mid-20th century, there was already a sizable scholarly literature on various aspects of face-to-face interaction. [7] Works on this topic have been published by scholars such as Erving Goffman [10] and Eliot Chapple. [7]

Historically, mediated communication was much rarer than face-to-face. [11] Even though humans have possessed the technology to communicate in space and time (e.g. writing) for millennia, the majority of the world's population lacked the necessary skills, such as literacy, to use them. [11] This began to change with the invention of the printing press by Johannes Gutenberg that led to the spread of printed texts and rising literacy in Europe from the 15th century. [11] Since then, face-to-face interaction has begun to steadily lose ground to mediated communication. [11]

Talking to someone face to face gives a person non-verbal cues, such as smiling, physical movement, and body positions that help people communicate. However, since social media lacks face-to-face communication, some individuals have adapted to blind communication when speaking online, seen through texting, commenting, and sending/receiving messages. [24]

While technology has been able to bring communities and people closer together, humans have a responsibility to cultivate those connections and nurture them through old-fashioned face-to-face communication. As a human species, continuing to connect with others without hiding behind electronic screens is crucial.

Although there are increasingly virtual communications in large transnational companies with the development of Internet, face-to-face interaction is still a crucial tool in communication between employees and staff workers. Face-to-face interaction is beneficial to understand underlying truths that are presented through emotion and body language, especially when there are language and cultural differences present amongst individuals. 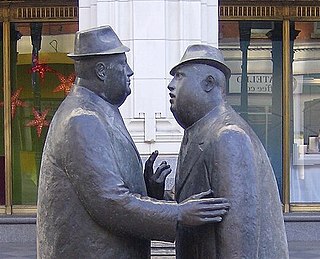 Communication is usually defined as the transmission of information. The term may also refer to the message communicated through such transmissions or the field of inquiry studying them. There are many disagreements about its precise definition. John Peters argues that the difficulty of defining communication emerges from the fact that communication is both a universal phenomenon and a specific discipline of institutional academic study. One definitional strategy involves limiting what can be included in the category of communication. By this logic, one possible definition of communication is the act of developing meaning among entities or groups through the use of sufficiently mutually understood signs, symbols, and semiotic conventions.

Flaming or roasting is the act of posting insults, often including profanity or other offensive language, on the internet. This term should not be confused with the term trolling, which is the act of someone going online, or in person, and causing discord. Flaming emerged from the anonymity that Internet forums provide cover for users to act more aggressively. Anonymity can lead to disinhibition, which results in the swearing, offensive, and hostile language characteristic of flaming. Lack of social cues, less accountability of face-to-face communications, textual mediation and deindividualization are also likely factors. Deliberate flaming is carried out by individuals known as flamers, which are specifically motivated to incite flaming. These users specialize in flaming and target specific aspects of a controversial conversation

Internet slang is a non-standard or unofficial form of language used by people on the Internet to communicate to one another. An example of Internet slang is "LOL" meaning "laugh out loud". Since Internet slang is constantly changing, it is difficult to provide a standardized definition. However, it can be understood to be any type of slang that Internet users have popularized, and in many cases, have coined. Such terms often originate with the purpose of saving keystrokes or to compensate for small character limits. Many people use the same abbreviations in texting, instant messaging, and social networking websites. Acronyms, keyboard symbols, and abbreviations are common types of Internet slang. New dialects of slang, such as leet or Lolspeak, develop as ingroup Internet memes rather than time savers. Many people also use Internet slang in face-to-face, real life communication.

Network society is the expression coined in 1991 related to the social, political, economic and cultural changes caused by the spread of networked, digital information and communications technologies. The intellectual origins of the idea can be traced back to the work of early social theorists such as Georg Simmel who analyzed the effect of modernization and industrial capitalism on complex patterns of affiliation, organization, production and experience. 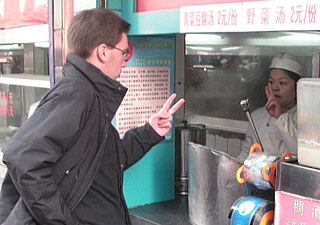 Nonverbal communication (NVC) is the transmission of messages or signals through a nonverbal platform such as eye contact, facial expressions, gestures, posture, and body language. It includes the use of social cues, kinesics, distance (proxemics) and physical environments/appearance, of voice (paralanguage) and of touch (haptics). A signal has three different parts to it, including the basic signal, what the signal is trying to convey, and how it is interpreted. These signals that are transmitted to the receiver depend highly on the knowledge and empathy that this individual has. It can also include the use of time (chronemics) and eye contact and the actions of looking while talking and listening, frequency of glances, patterns of fixation, pupil dilation, and blink rate (oculesics).

The uncertainty reduction theory, also known as initial interaction theory, developed in 1975 by Charles Berger and Richard Calabrese, is a communication theory from the post-positivist tradition. It is one of the few communication theories that specifically looks into the initial interaction between people prior to the actual communication process. The theory asserts the notion that, when interacting, people need information about the other party in order to reduce their uncertainty. In gaining this information people are able to predict the other's behavior and resulting actions, all of which according to the theory is crucial in the development of any relationship.

Computer-supported collaborative learning (CSCL) is a pedagogical approach wherein learning takes place via social interaction using a computer or through the Internet. This kind of learning is characterized by the sharing and construction of knowledge among participants using technology as their primary means of communication or as a common resource. CSCL can be implemented in online and classroom learning environments and can take place synchronously or asynchronously.

Online disinhibition effect is the lack of restraint one feels when communicating online in comparison to communicating in-person. People feel safer saying things online which they would not say in real life because they have the ability to remain completely anonymous and invisible behind the computer screen. Apart from anonymity, other factors such as asynchronous communication, empathy deficit, or individual personality and cultural factors also contribute to online disinhibition. The manifestations of such an effect could be in both positive and negative directions. Thus online disinhibition could be classified as either benign disinhibition or toxic disinhibition.

Social information processing theory, also known as SIP, is an interpersonal communication theory and media studies theory developed in 1992 by Joseph Walther. Social information processing theory explains online interpersonal communication without nonverbal cues and how people develop and manage relationships in a computer-mediated environment. Walther argued that online interpersonal relationships may demonstrate the same or even greater relational dimensions and qualities (intimacy) as traditional FtF relationships. However, due to the limited channel and information, it may take longer to achieve than FtF relationships. These online relationships may help facilitate interactions that would not have occurred face-to-face due to factors such as geography and intergroup anxiety. 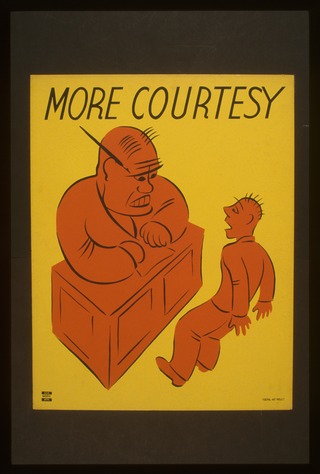 Interpersonal communication is an exchange of information between two or more people. It is also an area of research that seeks to understand how humans use verbal and nonverbal cues to accomplish a number of personal and relational goals.

Joseph B. Walther is the Mark and Susan Bertelsen Presidential Chair in Technology and Society and the Director of the Center for Information Technology & Society at the University of California, Santa Barbara. His research focuses on social and interpersonal dynamics of computer-mediated communication, in groups, personal relationships, organizational and educational settings. He is noted for creating social information processing theory in 1992 and the hyperpersonal model in 1996.

Emotions in virtual communication differ in a variety of ways from those in face-to-face interactions due to the characteristics of computer-mediated communication (CMC). CMC may lack many of the auditory and visual cues normally associated with the emotional aspects of interactions. Research in this area has investigated how and when individuals display and interpret various emotions in virtual settings.