Fall Guy (蒲田行進曲, Kamata koshin-kyoku) is a 1982 Japanese film directed by Kinji Fukasaku, with art direction by Akira Takahashi. It was chosen as the Best Film at the Japan Academy Prize ceremony. [2]

Ginshiro Kuraoka, an actor for Toei, becomes jealous of the number of close-ups his co-star Tachibana is getting as they are filming a samurai film. After a fan named Tomoko has Ginshiro sign her inner thigh, Ginshiro sends his lackey Yasu Muraoka after her to obtain her phone number.

Ginshiro drowns his sorrows in alcohol, then Yasu brings him home, where the actress Konatsu is waiting for him. Konatsu is pregnant with Ginshiro's child and is unwilling to get an abortion for fear that she may not have another chance to have a child, so Ginshiro convinces Yasu to marry her. Yasu stamps the marriage certificate but Konatsu is disgusted with him for letting Ginshiro walk all over him. Yasu reveals a poster on his wall of her first film and says that he has been a fan for ten years. She tries to leave but collapses from toxemia. Yasu tells the doctors that he is the father of the unborn child.

Yasu begins taking on multiple stunt roles to pay for the expenses and sustains multiple injuries. When Tomoko seems like she might leave him, Ginshiro asks Konatsu to tell her how wonderful he is, which she does. Konatsu and Yasu find happiness but Tomoko does not take care of Ginshiro the way that Konatsu used to so he proposes to Konatsu with a 30-million-yen four-carat ring that he sold his house to buy. When she rejects him, he drives off set. Konatsu and Yasu get married.

When Ginshiro does not show up to film his scenes, Yasu finds him hiding in a warehouse. Ginshiro confesses that Tachibana took his place as the January model for a new model, that the film he was to shoot in the summer has been cancelled, and that he and Tomoko have broken up. Tachibana is gaining more screen time while Ginshiro's character is being killed off and his scenes are being cut, including his final fight scene on a giant 30-foot staircase because no stunt performer can be found who is willing to take the fall down it.

Yasu volunteers to take the fall down the staircase. He receives one million yen in hazard pay after singing a release to free the studio from liability, then takes out a 30-million-yen life insurance policy on himself. Konatsu asks him not to perform the stunt but he insists on it. After Yasu leaves to perform the stunt, Konatsu packs her things and leaves. Studio executives and theater owners visit to watch the stunt, so Yasu places a nail on the stairs and steps on it to see how everyone caters to him. When he demands that his cigarette must be lit by an expensive lighter, Ginshiro uses an expensive one to light it before slapping Yasu. Yasu thanks him profusely and says that he will work on his performance, so he postpones the stunt until after dinner. Yasu performs the stunt and is seriously injured but uses his remaining strength to crawl up the stairs again for a memorable death scene as Ginshiro cheers him on. Konatsu arrives in time to see the ambulance taking Yasu away.

Konatsu gives birth, then opens her eyes to see Yasu holding the baby. They agree to stay together as a family, then the director yells "Cut!" and the walls are pulled away to reveal the cast and crew of the film.

"Kamata koshin-kyoku" is the title of a cover version of "Song of the Vagabonds" from the 1929 operetta The Vagabond King by Rudolph Friml. It was released as a single by Shochiku Kamata studio, the film's studio. The song was originally performed by Yutaka Kawasaki and Naoko Soga. In the film, Keiko Ishizaka, Morio Kazama, and Mitsuru Hirata sing it.

An 80-yen Japanese commemorative postage stamp featuring an image from the film was issued on October 10, 2006. [5] 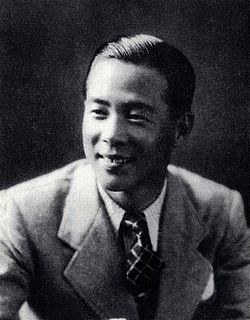 Ichirō Fujiyama, born Takeo Masunaga, was a popular Japanese singer and composer, known for his contribution to Japanese popular music called ryūkōka by his Western classical music skills. He was born in Chūō, Tokyo, and graduated from the Tokyo Music School. Although he was regarded as a tenor singer in Japanese popular music, he was originally a classical baritone singer. He also acted in various films, and was a close friend of Minoru Matsuya (1910–1995). His workroom has been reproduced inside the "NHK museum of broadcasting" as an exhibit. 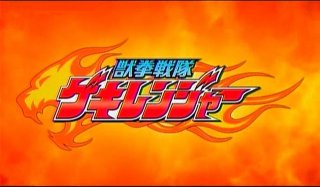 SP, also known as Security Police, is a Japanese television drama based on the real life security police unit of Japan which is responsible for domestic and foreign abuse. The series script was written by famed GO author Kazuki Kaneshiro and marks his first time writing for a television drama. The drama centers on a newly recruited SP officer named Kaoru Inoue, who is the only SP officer known in the force to have sharp senses that enables him to conduct his duties by using this ESP sense to take down the threat before it appears to threaten the VIP and the civilians who are caught in the middle.

Yūji Tajiri is a Japanese film director, screenwriter, and actor. He is one of the group of pink film directors collectively known as the "Seven Lucky Gods of Pink", a group which also includes Toshiya Ueno, Mitsuru Meike, Shinji Imaoka, Yoshitaka Kamata, Toshirō Enomoto and Rei Sakamoto.

Konatsu (向夏) is a Japanese pink film actress. She has appeared in award-winning pink films, and was herself given a "Best Actress" award for her work in this genre in 2005.

Media Station, founded as Cosmos Plan, was a Japanese adult video (AV) production company. In early 2011, they were integrated with the AV company KM Produce.

Natsuki Ozawa; born April 19, 1972) is a Japanese singer, actress and AV actress who has appeared in mainstream films and adult videos.

Tari Tari is a 2012 Japanese anime television series produced by P.A.Works, written, and directed by Masakazu Hashimoto. The series aired in Japan between July 1 and September 23, 2012 on TV Kanagawa, and was also simulcast by Crunchyroll. The series is licensed in North America by Sentai Filmworks. A manga adaptation illustrated by Tomiyaki Kagisora was serialized in Square Enix's Gangan Joker in 2012.

Date A Live is a Japanese light novel series written by Kōshi Tachibana and illustrated by Tsunako. Fujimi Shobo published 22 volumes from March 2011 to March 2020 under their Fujimi Fantasia Bunko imprint. Yen Press holds the license to publish the light novel in English. 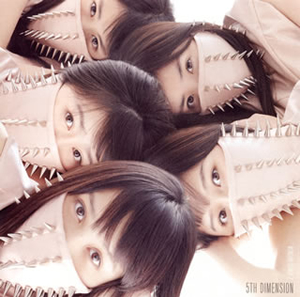 5th Dimension is the second studio album by the Japanese girl group Momoiro Clover Z. It was released in Japan on April 10, 2013.

Super Hero Taisen GP: Kamen Rider 3 is the 2015 entry of the "Super Hero Taisen series" film series, featuring the cast of Kamen Rider Drive and the appearance of Kamen Rider 3, which was originally created by Shotaro Ishinomori for the one-shot 1972 manga Rider #3 VS. General Black. Tetsuo Kurata,, Yuichi Nakamura, Kousei Amano, Takayuki Tsubaki, Ryoji Morimoto and Takahiro Hojo, and Kento Handa reprise their roles in the film, which opened in theaters on March 21, 2015. A new actor Mitsuhiro Oikawa, confirmed to perform his role as Kamen Rider 3, as well as the cast of Shuriken Sentai Ninninger will also appear.

Kōhei Tsuka was a Korean-Japanese playwright, theater director, and screenwriter. He was one of Japan's most influential theater figures, to the extent that recent Japanese theatrical history has been divided into pre-Tsuka and post-Tsuka periods.

The Asadas is a 2020 release Japanese Family drama film. It was directed by Ryōta Nakano. The film was part of the official selection for the Warsaw Film Festival and the 26th Busan International Film Festival.