The film is a comedy, falling into the peculiar Hong Kong genre of Mahjong films, and was released during the Lunar New Year of 2002.

Andy is an extremely compulsive Mahjong player. Thrown out of the house by his mother and ignored by his more academically gifted and successful younger brother, Louis, he had a hard time running away from debt collectors. One day he met a woman named Gigi after a run-in with some of the debt collectors' men. Gigi started out as a thief, but because she fell for him and gave him immense luck, Andy gained great success with his extreme good luck in mahjong games and became very rich.

However, he refused to marry Gigi because she, though a nice woman when with him, was a sore loser who threw temper tantrums when on the verge of losing mahjong games. She could not understand that he couldn't stand the way she behaved. As Andy said, her behaviour could be revealed by just playing a game of mahjong where when she lost: She would throw the tables. He promised her that he would marry her if she could play a game of mahjong without such a bad temper. She couldn't and so he couldn't marry her though he loved her.

In the meantime, Andy found his mother who was now suffering from Alzheimer's disease. His brother faced bankruptcy and moved in with Andy, who lived in a bungalow. Not wanting to lose out in finding a job, Louis who had excellent luck in mahjong but zero skill, was conned out of all his money and even his clothes by a skilled, devious mahjong player, Sean (portrayed by Lau Ching-wan). A kind-hearted simpleton, a woman on the con team, (Cherrie) fell for him and decided to mend her ways.

Gigi, who was very disappointed with Andy's refusal to marry her, went with the bad crowd, in the form of the mahjong con men led by Sean. Andy who was cursed by Gigi lost his winning streak and instead found a living as a taxi driver; he moved into public housing. Being ever optimistic, he did not complain. However, not wanting Gigi to fall into the con men's trap, he played a game of mahjong with Sean and lost terribly. Gigi was touched by his actions and went back to him, promising she will return a better woman. Before she left, she gave Andy a blessing and, from there on, Andy's winning streak came back.

Louis, who had created a mahjong computer game with his new girlfriend (Cherrie), received word that there would be a mahjong tournament sponsored by his game. The ever optimistic Andy decided to join the contest which saw him competing against Sean. Before the tournament began, he discovered that Gigi had returned to her old job as a flight attendant and gave him good fortune items from around the world. During the tournament, Andy was able to secure a seat in the final match which included Sean, Sean's father, and a henchman. Andy easily won the match but was confronted by Sean to have a rematch. Andy agreed and the two squared off. Before the match could end, Andy gave the prize to Sean. Sean, surprised, looked at Andy's hand, which was a major breakthrough set. Sean realized all his mistakes and decided to learn from Andy. Andy regained all his money and started a mahjong school by the sea. He eventually married Gigi.

La Brassiere is a 2001 Hong Kong romantic comedy film starring Lau Ching-wan, Louis Koo, Carina Lau and Gigi Leung. The film was followed by a sequel, titled Mighty Baby, which was released in 2002. 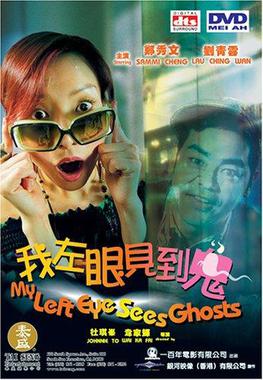 My Left Eye Sees Ghosts is a 2002 Hong Kong film produced and directed by Johnnie To and Wai Ka-Fai, and starring Sammi Cheng, Lau Ching-Wan, Lee San-San, and Cherrie Ying. The film includes elements of tongue-in-cheek horror, comedy, romance and drama, and does not fit neatly into any one genre. 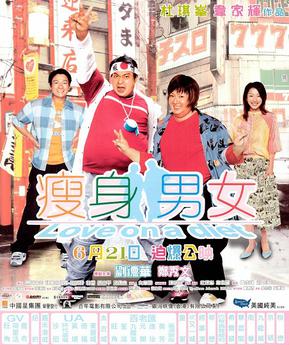 Love on a Diet is a 2001 Hong Kong romantic comedy film produced and directed by Johnnie To and Wai Ka-fai, starring Andy Lau and Sammi Cheng.

Running Out of Time is a 1999 Hong Kong action thriller film produced and directed by Johnnie To and starring Andy Lau as a cancer-ridden criminal who challenges a police negotiator, played by Lau Ching-wan, to a 72-hour battle of wits and courage. Andy Lau won his first Hong Kong Film Award for Best Actor in 2000 for his performance in the film. The film was followed by a sequel, Running Out of Time 2, which was released in 2001. 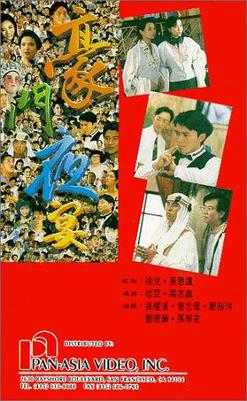 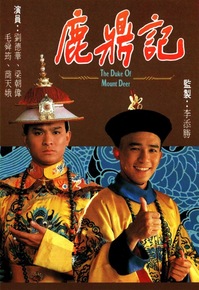 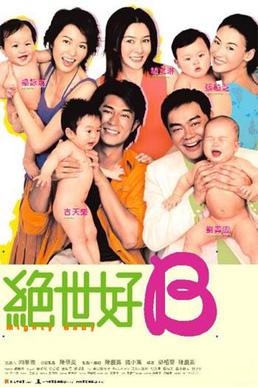 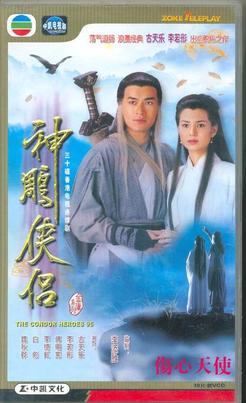 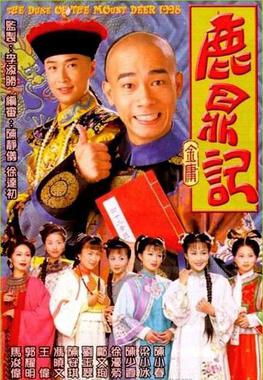 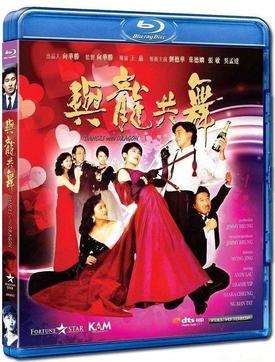 Dances with Dragon is a 1991 Hong Kong romantic comedy film directed by Wong Jing and starring Andy Lau as a rich businessman who ends up being mistaken as an illegal immigrant from China on Lantau Island, where falls in love with an employee of his company who is unaware of his real identity. 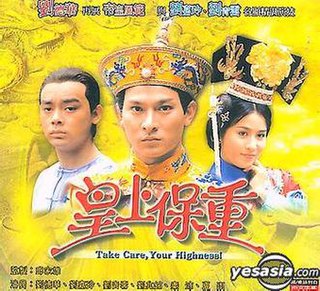