Auerbach was born in Breslau (today Wrocław) on 12 November 1856. His father, Leopold Auerbach, was a respected physician and professor of medicine at the University of Breslau. His mother was Arabella Auerbach, née Hess. From her, he acquired the talent and love for music that accompanied him throughout his life. Felix was the eldest of six siblings. The chemist, Friedrich Auerbach (1870–1925), and Wroclaw pianist, Max Auerbach (born 1872), were his younger brothers. [1]

Felix Auerbach received his humanistic education from 1865 to 1873 at Mary Magdalene School in his home town. After leaving school, at the age of 16, he went to study at the universities of Breslau, Heidelberg - with Gustav Robert Kirchhoff - and Berlin - with Hermann Helmholtz. Under Helmholtz, he received his doctorate in 1875. The title of his dissertation The nature of vocal sounds demonstrated his interest in the physics of music and acoustics. In 1879, Felix Auerbach became an assistant to Oskar Emil Meyer at the physics department of the University of Wroclaw and in 1880 he became a lecturer there.

In 1883, he married Anna Silbergleit (1860–1933), later a board member of the Central German Women's Union and campaigner for women's suffrage. The marriage remained childless.

In 1889, Auerbach took over the professorship of theoretical physics at the University of Jena which had been established by Ernst Abbe. As a Jew he was initially refused a full professorship; it was not until 1923 that this was granted to him. He became professor emeritus in 1927.

From 1906 to about 1914, with his sister-in-law, Käthe Auerbach (1871–1940), he took on the education of the children of his brother, Max Auerbach: Klaus, Günther, Johannes and Cornelia (later wife of Hanning Schröder).

By 1914, Auerbach was already a patron of the Jena art scene. Numerous artists such as Erich Kuithan, Clara Harnack (the widow of Otto Harnack), Reinhard Sorge, Eberhard Grisebach and Botho Graef, the sponsor of Ernst Ludwig Kirchner, frequented his house. In Jena, he supported the progressive aspirations of the Jena Art Association and the Weimar Bauhaus. In 1925, Walter Gropius built a house on the principle of "large-scale building blocks" for Auerbach and his wife. The Auerbach House, as it is still called today, was restored in 1995. Until 1933, it was a cultural centre for artists and scientists. Besides Gropius, Max Bruch, Ida and Richard Dehmel, Edvard Munch, Henry van de Velde and Julius Meier-Graefe were among Auerbach's frequent guests and friends. As early as 1906, Munch had painted a portrait of Felix Auerbach (now in the Van Gogh Museum, Amsterdam).

The rise of Adolf Hitler and the anti-Semitic climate in Germany made life unbearable for Felix and Anna Auerbach. After the Nazis seized power, both took their own lives. In his suicide note he stated that they "left the earthly life full of joy, after nearly 50 years of mutually blissful cohabitation". They died in Jena on 26 February 1933.

Auerbach was a versatile scientist who never lost sight of the practical. At the University of Jena, he specialised in experimental physics. He worked on magnetism, which was also the topic of his habilitation thesis. He wrote a treatise on hydrodynamics for the Venetian Academy of Sciences. He also investigated the hardness of solid materials and in 1890 developed an instrument to measure absolute hardness.

Horst Bredekamp made mention in Die Zeit that the art historian Ulrich Müller had written that the Jena Professor of Physics, Felix Auerbach "was able to explain Einstein's Theory of Relativity in two papers, dated 1906 and 1921, and in particular impressed a number of artists because he had dealt with a physics of the arts for decades." Paul Klee and Wassily Kandinsky, who Gropius had brought in as a teacher at the Bauhaus in Weimar, were two of these artists.

Together with physicist Wilhelm Hort (1878-1938), Auerbach began, as a septuagenarian, the publication of the Handbuch der physikalischen und technischen Mechanik ("Handbook of Physics and Engineering Mechanics", 1927-1931, 7 vols). In addition to his physical work Auerbach had a particular interest in mathematics. One of his classic works was Die Furcht vor der Mathematik und ihre Überwindung ("The Fear of Mathematics and Conquering It", 1925).

In his work Das Gesetz der Bevölkerungskonzentration ("The Law of Population Concentration") Auerbach describes a law relating to the wide distribution of city sizes, which is now known as Zipf's law.

Friedrich Hermann Hund was a German physicist from Karlsruhe known for his work on atoms and molecules. 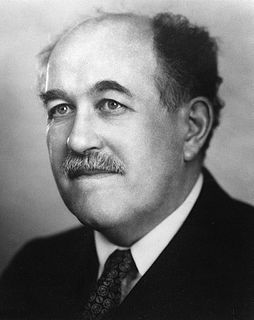 Otto Stern was a German-American physicist and Nobel laureate in physics. He was the second most nominated person for a Nobel Prize with 82 nominations in the years 1925–1945, ultimately winning in 1943. 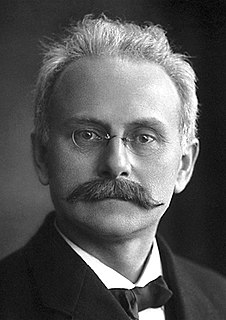 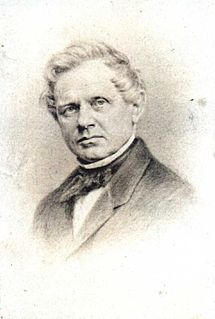 Gottfried Wilhelm Osann was a German chemist and physicist. He is known for his work on the chemistry of platinum metals.

Ernst Pringsheim Sr. was a German physicist. He was born and died in Breslau. 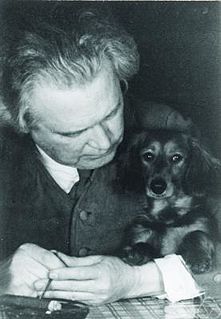 Georg Jakob Christof Joos was a German experimental physicist. He wrote Lehrbuch der theoretischen Physik, first published in 1932 and one of the most influential theoretical physics textbooks of the 20th Century.

Siegfried Flügge was a German theoretical physicist who made contributions to nuclear physics and the theoretical basis for nuclear weapons. He worked on the German nuclear energy project. From 1941 onward he was a lecturer at several German universities, and from 1956 to 1984, editor of the 54-volume, prestigious Handbuch der Physik.

Rudolf Karl Anton Tomaschek was a German experimental physicist. His scientific efforts included work on phosphorescence, fluorescence, and (tidal) gravitation. Tomaschek was a supporter of deutsche Physik, which resulted in his suspension from his university posts after World War II. From 1948 to 1954, he worked in England for the Anglo-Iranian Oil Company (AIOC). In 1954, when AIOC became BP, he went to Germany and was president of the Permanent Tidal Commission.

Rudolf Walter Ladenburg was a German atomic physicist. He emigrated from Germany as early as 1932 and became a Brackett Research Professor at Princeton University. When the wave of German emigration began in 1933, he was the principal coordinator for job placement of exiled physicists in the United States. Albert Einstein gave the eulogy at Rudolf's funeral. He and his wife Elsa had three children, "Modit", Kurt, and Eva. Kurt had two children, Toni and Nils Ladenburg.

Herbert Arthur Stuart was a German experimental physicist who made contributions in molecular physics research. During World War II, he was director of the experimental physics department at the Technische Hochschule Dresden. From 1955, he was the head of the high polymer physics laboratory at the University of Mainz.

Gustav Heinrich Johann Apollon Tammann was a prominent Baltic German chemist-physicist who made important contributions in the fields of glassy and solid solutions, heterogeneous equilibria, crystallization, and metallurgy.

Friedrich Heinrich Schur was a German mathematician who studied geometry.

Ernst Hermann Riesenfeld was a German/Swedish chemist. Riesenfeld started his academic career with important contributions in Electrochemistry by the side of his mentor Walther Nernst, and continued as a Professor with work on the improvement of analytical techniques and the purification of ozone. Dismissed and prosecuted by Nazi Germany due to his Jewish origins, he emigrated to Sweden in 1934 and continued his ozone-related work there until retirement.

Georg Feigl was a German mathematician. 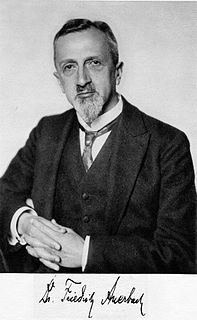 Friedrich Auerbach was a German chemist. He was the son of anatomist Leopold Auerbach and the brother of physicist Felix Auerbach. He was the father of geneticist Charlotte Auerbach.

Rudolf Weyrich was a German mathematician, physicist, and inventor.