Last updated March 19, 2021
This article is about the Swiss physicist. For the man accused of espionage, see Felix Bloch (diplomatic officer).
Swiss physicist

Felix Bloch (23 October 1905 – 10 September 1983) was a Swiss-American physicist and Nobel physics laureate who worked mainly in the U.S. [1] He and Edward Mills Purcell were awarded the 1952 Nobel Prize for Physics for "their development of new ways and methods for nuclear magnetic precision measurements." [2] In 1954–1955, he served for one year as the first Director-General of CERN. Felix Bloch made fundamental theoretical contributions to the understanding of electron behavior in crystal lattices, ferromagnetism, and nuclear magnetic resonance.

Bloch was born in Zürich, Switzerland to Jewish [3] parents Gustav and Agnes Bloch. Gustav Bloch, his father, was financially unable to attend University and worked as a wholesale grain dealer in Zürich. [4] Gustav moved to Zürich in 1890 to become a Swiss citizen. Their first child was a girl born in 1902 while Felix was born three years later. [4]

Bloch entered public elementary school at the age of six and is said to have been teased, in part because he "spoke Swiss German with a somewhat different accent than most members of the class". [4] He received support from his older sister during much of this time, but she died at the age of twelve, devastating Felix, who is said to have lived a "depressed and isolated life" in the following years. [4] Bloch learned to play the piano by the age of eight and was drawn to arithmetic for its "clarity and beauty". [4] Bloch graduated from elementary school at twelve and enrolled in the Cantonal Gymnasium in Zürich for secondary school in 1918. He was placed on a six-year curriculum here to prepare him for University. He continued his curriculum through 1924, even through his study of engineering and physics in other schools, though it was limited to mathematics and languages after the first three years. After these first three years at the Gymnasium, at age fifteen Bloch began to study at the Eidgenössische Technische Hochschule (ETHZ), also in Zürich. Although he initially studied engineering he soon changed to physics. During this time he attended lectures and seminars given by Peter Debye and Hermann Weyl at ETH Zürich and Erwin Schrödinger at the neighboring University of Zürich. A fellow student in these seminars was John von Neumann.

Bloch graduated in 1927, and was encouraged by Debye to go to Leipzig to study with Werner Heisenberg. [5] Bloch became Heisenberg's first graduate student, and gained his doctorate in 1928. [5] His doctoral thesis established the quantum theory of solids, using waves to describe electrons in periodic lattices.

Bloch remained in European academia, working on superconductivity with Wolfgang Pauli in Zürich; with Hans Kramers and Adriaan Fokker in Holland; with Heisenberg on ferromagnetism, where he developed a description of boundaries between magnetic domains, now known as "Bloch walls", and theoretically proposed a concept of spin waves, excitations of magnetic structure; with Niels Bohr in Copenhagen, where he worked on a theoretical description of the stopping of charged particles traveling through matter; and with Enrico Fermi in Rome. [5] In 1932, Bloch returned to Leipzig to assume a position as "Privatdozent" (lecturer). [5] In 1933, immediately after Hitler came to power, he left Germany because he was Jewish, returning to Zürich, before traveling to Paris to lecture at the Institut Henri Poincaré. [8]

In 1934, the chairman of Stanford Physics invited Bloch to join the faculty. [5] Bloch accepted the offer and emigrated to the United States. In the fall of 1938, Bloch began working with the 37 inch cyclotron at the University of California at Berkeley to determine the magnetic moment of the neutron. Bloch went on to become the first professor for theoretical physics at Stanford. In 1939, he became a naturalized citizen of the United States.

During WWII, Bloch briefly worked on the atomic bomb project at Los Alamos. Disliking the military atmosphere of the laboratory and uninterested in the theoretical work there, Bloch left to join the radar project at Harvard University. [9]

After the war, he concentrated on investigations into nuclear induction and nuclear magnetic resonance, which are the underlying principles of MRI. [10] [11] [12] In 1946 he proposed the Bloch equations which determine the time evolution of nuclear magnetization. Along with Edward Purcell, Bloch was awarded the 1952 Nobel Prize in Physics for his work on nuclear magnetic induction.

When CERN was being set up in the early 1950s, its founders were searching for someone of stature and international prestige to head the fledgling international laboratory, and in 1954 Professor Bloch became CERN's first Director-General, [13] at the time when construction was getting under way on the present Meyrin site and plans for the first machines were being drawn up. After leaving CERN, he returned to Stanford University, where he in 1961 was made Max Stein Professor of Physics.

In 1964, he was elected a foreign member of the Royal Netherlands Academy of Arts and Sciences. [14] 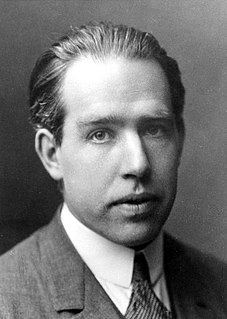 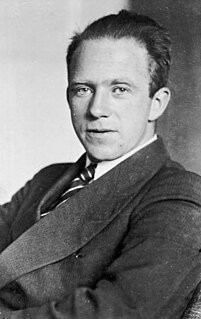 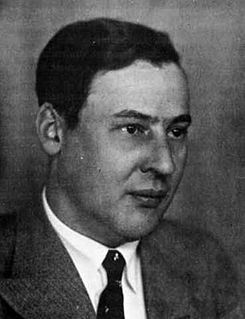 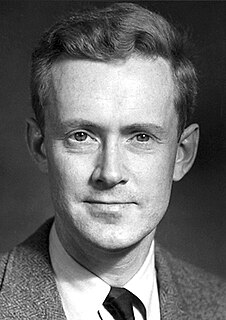 Otto Robert Frisch FRS was an Austrian-born British physicist who worked on nuclear physics. With Lise Meitner he advanced the first theoretical explanation of nuclear fission and first experimentally detected the fission by-products. Later, with his collaborator Rudolf Peierls he designed the first theoretical mechanism for the detonation of an atomic bomb in 1940. 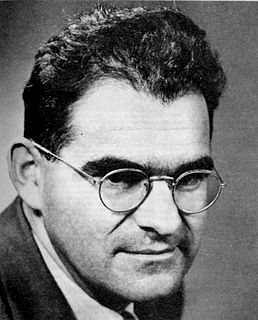 Victor Frederick "Viki" Weisskopf was an Austrian-born American theoretical physicist. He did postdoctoral work with Werner Heisenberg, Erwin Schrödinger, Wolfgang Pauli and Niels Bohr. During World War II he was Group Leader of the Theoretical Division of the Manhattan Project at Los Alamos, and later campaigned against the proliferation of nuclear weapons. 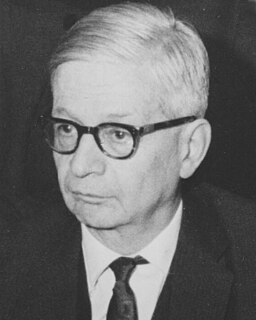 Sir Rudolf Ernst Peierls, was a German-born British physicist who played a major role in both Tube Alloys, Britain's nuclear weapon programme, as well as the subsequent Manhattan Project, the combined Allied nuclear bomb programme. His obituary in Physics Today described him as "a major player in the drama of the eruption of nuclear physics into world affairs".

George Placzek was a Czech physicist.

Erwin Louis Hahn was an American physicist, best known for his work on nuclear magnetic resonance (NMR). In 1950 he discovered the spin echo.

Egon Bretscher (1901–1973) was a Swiss-born British chemist and nuclear physicist and Head of the Nuclear Physics Division from 1948 to 1966 at the Atomic Energy Research Establishment, also known as Harwell Laboratory, in Harwell, United Kingdom. He was one of the pioneers in nuclear fission research and one of the first to foresee that plutonium could be used as an energy source. His work on nuclear physics led to his involvement in the British atomic bomb research project Tube Alloys and his membership of the British Mission to the Manhattan Project at Los Alamos, where he worked in Enrico Fermi's Advanced Development Division in the F-3 Super Experimentation group. His contributions up to 1945 are discussed by Margaret Gowing in her "Britain and Atomic Energy, 1935-1945."

Robert Vivian Pound was a Canadian-American physicist who helped discover nuclear magnetic resonance (NMR) and who devised the famous Pound–Rebka experiment supporting general relativity. He became a tenured professor of physics at Harvard without ever having received a graduate degree.

Cornelis Jacobus (Cor) Gorter was a Dutch experimental and theoretical physicist. Among other work, he discovered paramagnetic relaxation and was a pioneer in low temperature physics. 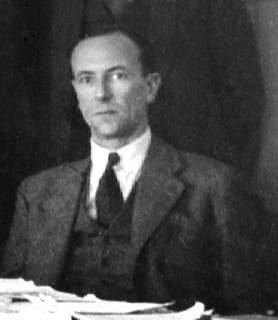 Jan Korringa was a Dutch-American physicist, specializing in theoretical condensed matter physics. He was writing notes to his students in his famous illegible script, correcting their explanations of his scientific discoveries, within weeks of his death.