Rojankovsky was born in Mitava, Courland Governorate of the Russian Empire (now in Latvia) on December 24, 1891 to Lydia Kiprianova and Stepan Fedorovich Rojankovsky. After Stephan's death in 1897, the family moved to St. Petersburg to be closer to his older married sister. There, Rojan's interest in books grew, particularly natural history picture books and illustrated classics. He studied two years at the private Moscow School of Painting, Sculpture and Architecture but left in 1914 to serve in the Imperial Russian Army during World War I where he served as Staff Captain of one of the first motorized units until 1917. His first work appeared in the May 1915 issue of the magazine Lukomor’e where he depicted war scenes during his bed rest after being wounded in battle. [3]

After the war, Rojankovsky joined his siblings in Ukraine and worked as an artist for the local district council where some of his projects were illustrating books for local schools. He was conscripted by the White Army in 1919, soon to be a prisoner of war in Poland. After the war, he stayed in Poland working with Polish bookseller and publisher Rudolf Wegner designing book covers and illustrating whole books. After the Rapallo Treaty of 1922 recognized the new Soviet Union, he was unable to return to Russia with his Tsarist papers and became a stateless person and moved to France in 1925 where he worked as an art director for Lecram Press. His work for Lecram caught Esther Averill's attention and he began collaborating with Averill and her business partner, Lila Stanley. With their insight, Rojankovsky created Daniel Boone in 1931 featuring fauvist-inspired lithographs celebrating Boone and the American West. The plates were prohibitive to print, so Averill and Stanley started their own Domino Press to print the book. Daniel Boone set a new direction in children's books, but was not a commercial success. In 1933, he began working with Paul Faucher on the Père Castor series. The series integrated bold coloring with games, stories or projects designed to stimulate a child's curiosity and imagination. [4] [3]

In 1941, he moved to the US and began a career of illustrating more than a hundred books, most featuring animals or nature with Little Golden Books. From 1943 to 1970, Rojan illustrated 35 children's books under the imprint. [4] Rojankovsky also wrote books, such as The Great Big Animal Book, published in 1952. [5] In 1956, Frog Went A-Courtin' by John Langstaff won the Caldecott Medal for U.S. picture book illustration from the American Library Association. [2] In the 1950s and 60s, he began working with a new female editor, Margaret McElderry of Simon & Schuster, and produced Over in the Meadow, The Little River, So Small, and A Crowd of Cows. [3]

"Two great events determined the course of my childhood. I was taken to the zoo and saw the most marvelous creatures on earth: bears, tigers, monkeys and reindeer, and, while my admiration was running high, I was given a set of color crayons. Naturally, I began immediately to depict the animals which captured my imagination. Also when my elder brothers, who were in schools in the capital, came home for vacation, I tried to copy their drawings and to imitate their paintings." [6]

As writer and illustrator 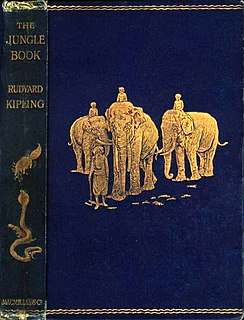 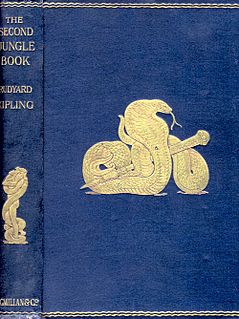 The Second Jungle Book is a sequel to The Jungle Book by Rudyard Kipling. First published in 1895, it features five stories about Mowgli and three unrelated stories, all but one set in India, most of which Kipling wrote while living in Vermont. All of the stories were previously published in magazines in 1894-5, often under different titles. The 1994 film The Jungle Book used it as a source.

Just So Stories for Little Children is a 1902 collection of origin stories by the British author Rudyard Kipling. Considered a classic of children's literature, the book is among Kipling's best known works. 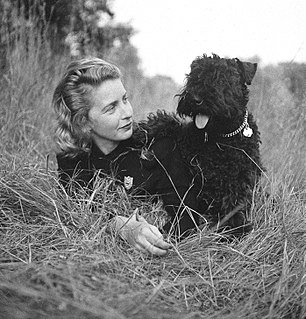 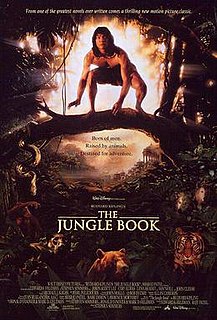 Rudyard Kipling's The Jungle Book, is a 1994 live-action American adventure film co-written and directed by Stephen Sommers, produced by Edward S. Feldman and Raju Patel, from a story by Ronald Yanover and Mark Geldman. It is the second film adaptation by The Walt Disney Company of the Mowgli stories from The Jungle Book (1894) and The Second Jungle Book (1895) by Rudyard Kipling and the first live-action adaptation of Walt Disney's animated film of the same name from 1967. 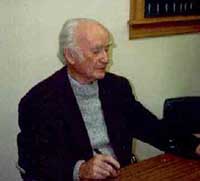 Garth Montgomery Williams was an American artist who came to prominence in the American postwar era as an illustrator of children's books. Many of the books he illustrated have become classics of American children's literature.

In Stuart Little, Charlotte's Web, and in the Little House series of books of Laura Ingalls Wilder, Williams['s] drawings have become inseparable from how we think of those stories. In that respect ... Williams['s] work belongs in the same class as Sir John Tenniel's drawings for Alice in Wonderland, or Ernest Shepard's illustrations for Winnie the Pooh. 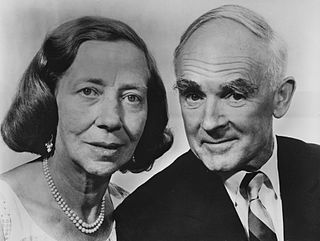 Ingri d'Aulaire and Edgar Parin d'Aulaire were American writers and illustrators of children's books who worked primarily as a team, completing almost all of their well-known works together. The couple immigrated to the United States from Europe and worked on books that focused on history such as Abraham Lincoln, which won the 1940 Caldecott Medal. They were part of the group of immigrant artists composed of Feodor Rojankovsky, Roger Duvoisin, Ludwig Bemelmans, Miska Petersham and Tibor Gergely, who helped shape the Golden Age of picture books in mid-twentieth-century America.

Alice Rose Provensen and Martin Provensen were an American couple who illustrated more than 40 children's books together, 19 of which they also wrote and edited. According to Alice, "we were a true collaboration. Martin and I really were one artist." 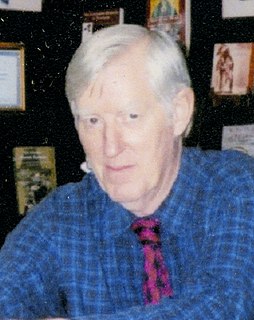 Paul Goble was a British-American writer and illustrator of children's books, especially Native American stories. His book The Girl Who Loved Wild Horses won a Caldecott Medal in 1979. 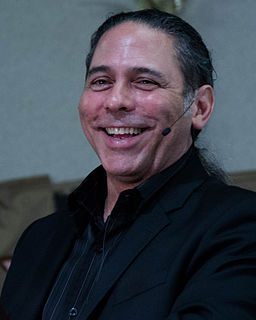 David Díaz is an American illustrator of children's books. He won the 1995 Caldecott Medal for U.S. picture book illustration recognizing Smoky Night by Eve Bunting. He lives in Carlsbad, California. 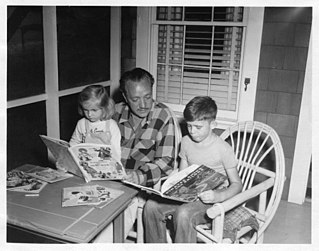 Gustaf Adolf Tenggren was a Swedish-American illustrator. He is known for his Arthur Rackham-influenced fairy-tale style and use of silhouetted figures with caricatured faces. Tenggren was a chief illustrator for The Walt Disney Company in the late 1930s, in what has been called the Golden Age of American animation, when animated feature films such as Snow White and the Seven Dwarfs, Fantasia, Bambi and Pinocchio were produced.

Frog Went A-Courtin' is a book by John Langstaff and illustrated by Feodor Rojankovsky. Released by Harcourt, it was the recipient of the Caldecott Medal for illustration in 1956. It is based on the folk song "Frog Went A-Courting." 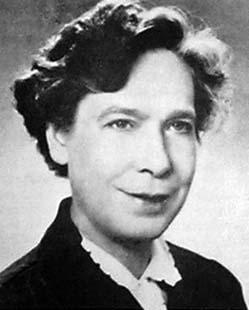 Esther Averill was an American writer and illustrator best known for the Cat Club picture books, a collection of 13 stories featuring Jenny Linsky, a small black cat who always wears a red scarf. She was also an editor and publisher.

Leonard S. Marcus is an American author and expert on English language children's literature. Marcus has been a critic for several publications including Horn Book and the New York