Boberg was born in Falun. He became one of the most productive and prominent architects of Stockholm around the turn of the 20th century. [2] Among his most famous work is an electrical plant at Björns Trädgård in Stockholm, that was inspired by Middle Eastern architecture. The building was converted in the late nineties and is now the Stockholm Mosque. He also designed Nordiska Kompaniet, the most prominent department store in Stockholm and Rosenbad which today houses the Swedish government chancellery. [3]

After retiring as an architect in 1915, Boberg and his wife Anna traveled around Sweden with the aim of preserving the cultural heritage through a book of drawings. Over 3,000 sketches were made and around 1,000 drawings were published in the volume Svenska bilder (“Swedish Images”). [4]

Nordiska Kompaniet is the name of two department stores located in Stockholm and Gothenburg, in Sweden. 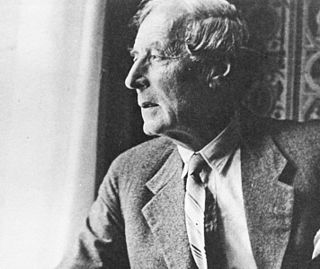 Ragnar Östberg was a Swedish architect who is best known for designing Stockholm City Hall.

The General Art and Industrial Exposition of Stockholm of 1897 also known as Stockholm Exhibition or Stockholm World's Fair (Stockholmsutställningen) was a World's Fair staged in 1897 in Stockholm, Sweden.

Allsvenskan 2002, part of the 2002 Swedish football season, was the 78th Allsvenskan season played. The first match was played 6 April 2002 and the last match was played 2 November 2002. Djurgårdens IF won the league ahead of runners-up Malmö FF, while IFK Norrköping and Kalmar FF were relegated.

Svenska Serien 1923–24, part of the 1923–24 Swedish football season, was the tenth and last Svenska Serien season played, as it was replaced by Allsvenskan. Örgryte IS won the league ahead of runners-up AIK, while Djurgårdens IF were relegated.

The Fernström Prize is a series of annual awards for prominent Swedish and Nordic scientists in medicine. The prize money is donated by the Eric K. Fernström' Foundation. The prizes are managed by the medical faculty at Lund University.

The Thiel Gallery is an art museum in the Djurgården park area of Stockholm, Sweden. Represented are the members of the Artists Association (Konstnärsförbundet) from the early 1900s as well as one of the world's largest collections of works by Edvard Munch. 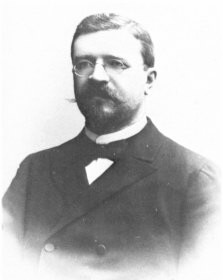 Lena Larsson, née Rabenius, was a Swedish interior designer, known as a pioneer for the unconventional, family-friendly environments she created, and for the 1960s modern wear-and-tear ideal. She was married in 1940 to architect Mårten Larsson and they had four children. She was a member of the Rabenius family belonging to the Swedish nobility.

Anna Katarina Boberg, née Scholander, was a Swedish artist married to prominent architect Ferdinand Boberg. Anna Scholander was the daughter of architect Fredrik Wilhelm Scholander and the granddaughter of Axel Nyström. Boberg was a person of many artistic pursuits; initially she worked with ceramics and textiles and besides painting she also worked with set design and writing, for example. She was of an artistic family, but never received any formal training in the arts, and is considered an autodidact. Many of her paintings are of northern Norway, which became Boberg's main focus for many years after a trip there in 1901. These works were not received very well in Sweden, but did much better in Paris. Boberg spent a great deal of time in the area near Lofoten in Norway, where she eventually had a cabin, and she made many of those trips on her own.

Jacob "Juju" Wallenberg was a Swedish banker and industrial leader. Wallenberg held various central positions in Stockholms Enskilda Bank. He was also chairman of the board of several companies, including Stora Kopparbergs Bergslag and Orkla Mining Company. From 1934 to 1944 he was a member of the Swedish governmental commission for trade with Germany.

Blockhusudden is the eastern tip of the island of Djurgården in Stockholm, Sweden. This place takes its name from "blockhus" meaning a strong, fortification, and "udden" meaning the point, the cape. Blockhusudden is bordered to the north and east by Lilla Värtan. On the south side, the Stockholm channel passes. There are eight airports near Blockhusudden.