Born in the same house in Hamburg where Felix Mendelssohn had been born the previous year, [2] David was raised Jewish but later converted to Protestant Christianity. David was a pupil of Louis Spohr and Moritz Hauptmann from 1823 to 1824 and in 1826 became a violinist at Königstädtischen Theater in Berlin. In 1829 he was the first violinist of Baron Carl Gotthard von Liphardt's (father of Karl Eduard von Liphart) string quartet in Dorpat and he undertook concert tours in Riga, Saint Petersburg and Moscow. In 1835 he became concertmaster (Konzertmeister) at the Gewandhaus in Leipzig working with Mendelssohn. David returned to Dorpat to marry Liphart's daughter Sophie. [2] In 1843 David became the first professor of violin (Violinlehrer) at the newly founded Leipziger Konservatorium für Musik. David worked closely with Mendelssohn, providing technical advice during the preparation of the latter's Violin Concerto in E minor. He was also the soloist in the premiere of the work in 1845, and, with Clara Schumann, played the official premiere of Schumann's first violin sonata in Leipzig in March 1852. He died suddenly in 1873, aged 63, while on a mountain excursion with his children, near Klosters in the Graubünden (Grisons) area of Switzerland. [3]

David's own compositions number about 50 opuses. They include 12 "theme and variations" pieces for violin and Orchestra, five violin concertos, a string sextet, "Concertinos" for Violin, Bassoon, Clarinet & Trombone and Orchestra, and a number of Lieder. Supposedly he also wrote two symphonies and an opera (Hans Wacht, 1852). Unfortunately, these have not been verified to have been preserved. David's most played piece today is without a doubt his Concertino for Trombone and Orchestra (Op.4). This piece is very often used as the obligatory piece for trombonists auditioning for symphony orchestras around the world.[ citation needed ]

David had close connections with Breitkopf & Härtel and other publishers in Leipzig, and also worked as editor of violin works including those of Francesco Maria Veracini, Pietro Locatelli and Johann Gottlieb Goldberg. He was editor of the complete Beethoven piano trios for C.F. Peters Edition. He was also editor of the set of J.S. Bach's Sonatas and Partitas for solo violin in 1843.

He made an arrangement for violin and piano of Niccolò Paganini's 24 Caprices for Solo Violin, which was the version used for the world premiere integral recording of the Caprices, by Ossy Renardy and Walter Robert in 1940, the centenary of Paganini's death; this was seven years before Ruggiero Ricci made the first recording of the original solo violin version. [4]

The Chaconne in G minor attributed to Tomaso Antonio Vitali was published for the first time from a manuscript in the Sächsische Landesbibliothek in Dresden in David's well renowned violin-method Die Hohe Schule des Violinspiels (1867). He also wrote an often used version of the cadenza for Beethoven's violin-concerto, used by 12-year old Joseph Joachim at the revival-concert of this piece in 1844, under Felix Mendelssohn-Bartholdy.

David played on a 1742 Guarneri violin, which later became the main performance violin for Jascha Heifetz. The David Guarneri violin is now in the collection of the Fine Arts Museums of San Francisco; it is on permanent loan to Alexander Barantschik who has showcased it with the San Francisco Symphony and San Francisco Academy Orchestra.[ citation needed ]

On the recommendation of William Sterndale Bennett, with whom he had worked in Leipzig, David's son Paul David became the first Director of Music at Uppingham School from 1864–1908. [5] 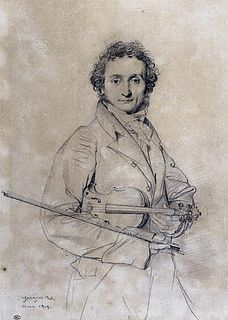 NiccolòPaganini was an Italian violinist, violist, guitarist, and composer. He was the most celebrated violin virtuoso of his time, and left his mark as one of the pillars of modern violin technique. His 24 Caprices for Solo Violin Op. 1 are among the best known of his compositions, and have served as an inspiration for many prominent composers. 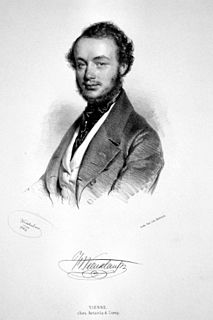 Henri François Joseph Vieuxtemps was a Belgian composer and violinist. He occupies an important place in the history of the violin as a prominent exponent of the Franco-Belgian violin school during the mid-19th century. He is also known for playing upon what is now known as the Vieuxtemps Guarneri del Gesù, a violin of superior workmanship. 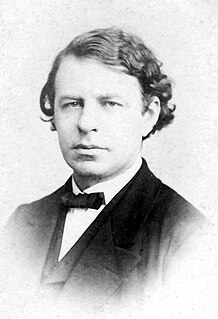 Joseph Joachim was a Hungarian violinist, conductor, composer and teacher. A close collaborator of Johannes Brahms, he is widely regarded as one of the most significant violinists of the 19th century.

Friedrich "Fritz" Kreisler was an Austrian-born violinist and composer. One of the most noted violin masters of his day, and regarded as one of the greatest violinists of all time, he was known for his sweet tone and expressive phrasing. Like many great violinists of his generation, he produced a characteristic sound which was immediately recognizable as his own. Although it derived in many respects from the Franco-Belgian school, his style is nonetheless reminiscent of the gemütlich (cozy) lifestyle of pre-war Vienna. 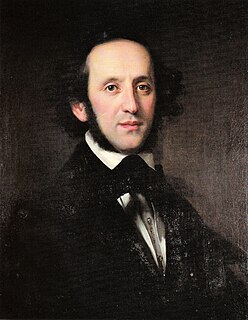 Felix Mendelssohn's Violin Concerto in E minor, Op. 64, is his last large orchestral work. It forms an important part of the violin repertoire and is one of the most popular and most frequently performed violin concertos in history. A typical performance lasts just under half an hour. 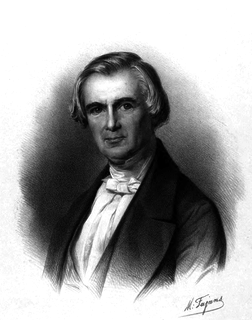 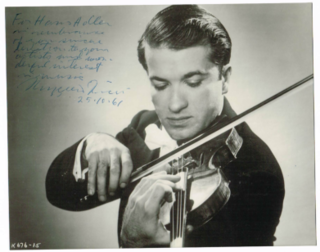 Ruggiero Ricci was an American violinist known for performances and recordings of the works of Paganini.

Michael Rabin was an American violinist. He has been described as "one of the most talented and tragic violin virtuosi of his generation". His complete Paganini "24 Caprices" for solo violin are available as a single CD, and an additional 6-CD set contains most of his concerto recordings. Despite his brief career—he died at 35—they remain seminal interpretations.

Karl Traugott Queisser played trombone and viola in Germany as a member of the Gewandhaus Orchestra under Felix Mendelssohn.

Leticia Muñoz Moreno is a Spanish violinist. She started her music education at the early age of 3 in both violin and piano with the Suzuki Method offering her first recitals when she was just 5. In 1996 she studied six years with Zakhar Bron at the Escuela Superior de Música Reina Sofía and in Germany at Köln Musikhochschule. Later on she followed the advice of Maxim Vengerov in Saarbrücken and David Takeno at the Guildhall School of Music and Drama where she received the highest degree ever in the history of the school for her final recital. Her last teacher was Rostropovich since 2003.

Michaela Paetsch Neftel is an American violinist who was born in Colorado Springs. She is known for being the first female in the world to have recorded all 24 Paganini Caprices for solo violin.

Rachel Barton Pine is an American violinist. She debuted with the Chicago Symphony at age 10, and was the first American and youngest ever gold medal winner of the International Johann Sebastian Bach Competition. The Washington Post wrote that she "displays a power and confidence that puts her in the top echelon."

The 24 Caprices for Solo Violin were written in groups by Niccolò Paganini between 1802 and 1817. They are also designated as M.S. 25 in Maria Rosa Moretti's and Anna Sorrento's Catalogo tematico delle musiche di Niccolò Paganini which was published in 1982. The Caprices are in the form of études, with each number exploring different skills 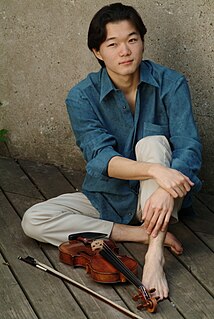 Ossy Renardy was an Austrian classical violinist, who made a major impression in Europe before migrating to the United States at age 17. There he made the world premiere integral recording of any version of the 24 Paganini Caprices. He became an American citizen and served in the US Army in World War II, giving almost 500 concerts for the troops. He returned to the concert stage after the war, but only five years into his adult career he was killed in a car crash in New Mexico, at the age of 33. He left a number of recordings.