Last updated December 31, 2019
Publication for the celebration of a jubilee (person or organisation); academic work honoring a respected person, usually an academic, and presented during their lifetime

In academia, a Festschrift (German pronunciation: [ˈfɛst.ʃʁɪft] ; plural, Festschriften [ˈfɛst.ʃʁɪftn̩] ) is a book honoring a respected person, especially an academic, and presented during their lifetime. It generally takes the form of an edited volume, containing contributions from the honoree's colleagues, former pupils, and friends.

The term, borrowed from German, and literally meaning "celebration writing" (cognate with "feast-script"), might be translated as "celebration publication" or "celebratory (piece of) writing". An alternative Latin term is liber amicorum (literally: “book of friends”). A comparable book presented posthumously is sometimes called a Gedenkschrift (pronounced [ɡəˈdɛŋkʃʁɪft] , "memorial publication"), but this term is much rarer in English.

Originating in Germany before World War I, this European tradition of honoring special achievements in science and culture was carried to the United States by scientists who escaped the Nazis. [1] [2] In the second half of the 20th century, the practice became used internationally. Since no English term for such a book to mark a special occasion had been in use, the German word Festschrift has been incorporated into the English language and is frequently used without the italics that designate a foreign term, although the capitalization of the first letter is usually retained from German. Its plural may be either the original Festschriften or anglicized as Festschrifts. [3] Festschriften are often titled something like Essays in Honour of... or Essays Presented to... .

A Festschrift compiled and published by electronic means on the internet is called a Webfestschrift (pronounced either [vɛp-] or [wɛb-]), a term coined by the editors of the late Boris Marshak's Webfestschrift, Eran ud Aneran, [4] published online in October 2003. The corresponding Webgedenkschrift does not appear to be in frequent use as of July 2015 [update] . [5]

A Festschrift contains original contributions by the honored academic's close colleagues, often including their former doctoral students. It is typically published on the occasion of the honoree's retirement, significant birthday, or other notable career anniversary. A Festschrift can be anything from a slim volume to a work in several volumes. Aufstieg und Niedergang der römischen Welt , for example, began in 1972 as a Festschrift to commemorate the 75th birthday of Joseph Vogt, a German classical historian. Four volumes were planned, but it has since reached 89 volumes (including several which were planned for the next years, but put on hold in 1998). The essays usually relate in some way to, or reflect upon, the honoree's contributions to their scholarly field, but can include important original research by the authors. Many Festschriften also feature a tabula gratulatoria, an extended list of academic colleagues and friends who send their best wishes to the honoree.

In the case of prominent academics, several Festschriften might be prepared by various groups of students and colleagues, particularly if the scholar made significant contributions to different fields.

In Germany it is an honor to be designated to prepare such a collection, and being selected by a prominent academic to edit a Festschrift, according to Claudio Naranjo, can symbolize the proverbial passing of the torch. [6]

Endel Tulving, a Canadian neuroscientist, proposed that "a Festschrift frequently enough also serves as a convenient place in which those who are invited to contribute find a permanent resting place for their otherwise unpublishable or at least difficult-to-publish papers." [7]

As Irving Louis Horowitz summarized, "Festschriften persist and multiply. Why? Because they are not just retrospective, but prospective. That is to say the Festschrift is a Beruf , a call to further work, effort, and energy, a call to the improvement of learning, of a discipline, a science, an artistic vision, or an intellectual position. Even in this age of mass Festschriften, they remain a special literary genre". [8]

Philosopher Alan Soble, in a review of the book Fact and Value in honor of MIT's philosopher Judith Jarvis Thomson, has formulated – somewhat tongue-in-cheek – 13 conditions that should be satisfied by a Festschrift. [9]

Hossein Nasr is an Iranian professor emeritus of Islamic studies at George Washington University, and an Islamic philosopher. He is the author of scholarly books and articles.

Lawrence E. "Larry" Stager was an American archaeologist and academic, specialising in Syro-Palestinian archaeology and Biblical archaeology. He was the Dorot Professor of the Archaeology of Israel in the Department of Near Eastern Languages and Civilizations at Harvard University and was Director of the Harvard Semitic Museum. Beginning in 1985 he oversaw the excavations of the Leon Levy Expedition to Ashkelon, the Philistine port city.

Endel Tulving is an Estonian-born Canadian experimental psychologist and cognitive neuroscientist, known for his pioneering research on human memory. He is credited with proposing the distinction between semantic and episodic memory. Tulving is a professor emeritus at the University of Toronto. In 2006, he was named an Officer of the Order of Canada, Canada's highest civilian honour.

Talât Sait Halman, GBE was a famous Turkish poet, translator and cultural historian. He was the first Minister of Culture of Turkey. From 1998 onward, he taught at Bilkent University as the dean of the Faculty of Humanities and Letters.

Irving Hexham is a Canadian academic and writer who has published twenty-three books and numerous articles, chapters, and book reviews in respected academic journals. Currently, he is Professor of Religious Studies at the University of Calgary, Alberta, Canada, married to Dr. Karla Poewe who is Professor Emeritus of Anthropology at the University of Calgary, and the father of two children. He holds dual British and Canadian citizenship.

John A. Hostetler was an American author, educator, and scholar of Amish and Hutterite societies. Some of his works are still in print.

John V. Fleming is an American literary critic and the Louis W. Fairchild, '24 Professor of Literature and Comparative Literature, emeritus, at Princeton University.

Fergus Ian Muirden Craik FRS is a cognitive psychologist known for his research on levels of processing in memory. This work was done in collaboration with Robert Lockhart at the University of Toronto in 1972 and continued with another collaborative effort with Endel Tulving in 1975. Craik has received numerous awards and is considered a leader in the area of memory, attention and cognitive aging. Moreover, his work over the years can be seen in developmental psychology, aging and memory, and the neuropsychology of memory.

J. Robert Wright is the St. Mark's Church in-the-Bowery Professor emeritus of Ecclesiastical History at the General Theological Seminary in New York City. He is a specialist in patristic studies and an authority on the Anglican Book of Common Prayer and on Russian Orthodox and other icons. He is currently the longest-tenured faculty member at the General Theological Seminary.

Irving Louis Horowitz was an American sociologist, author and college professor who wrote and lectured extensively in his field.

Andrei S. Markovits is an Arthur F. Thurnau Professor and the Karl W. Deutsch Collegiate Professor of Comparative Politics and German Studies at the University of Michigan. He is the author and editor of many books, scholarly articles, conference papers, book reviews and newspaper contributions in English and many foreign languages on topics as varied as German and Austrian politics, anti-Semitism, anti-Americanism, social democracy, social movements, the European right and the European left. Markovits has also worked extensively on comparative sports culture in Europe and North America. 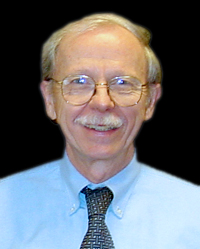 James L. Crenshaw is the Robert L. Flowers Professor of the Old Testament at Duke University Divinity School. He is one of the world’s leading scholars in Old Testament Wisdom literature. He proposes that much of Proverbs was brought together at a time well after Solomon. He has been described as "a highly respected scholar" and an "excellent teacher".

Steven Béla Várdy Ph.D., was McAnulty Distinguished Professor of European History at Duquesne University, Pittsburgh, Pennsylvania. He was Director of Duquesne University History Forum, and former Chairman of its Department of History. He was an invited member of the International P.E.N.(1985), President of the Institute of German American Relations (1995), and a Member of the Hungarian Academy of Sciences.

Richard Donald Nelson is an American Old Testament scholar. He is W. J. A. Power Professor of Biblical Hebrew and Old Testament and Associate Dean for Academic Affairs at Perkins School of Theology at Southern Methodist University.