A field officer, field-grade officer, or senior officer is an army, Marine, or air force commissioned officer senior in rank to a company officer but junior to a general officer. [1] In most armies this corresponds to the ranks of major, lieutenant colonel and colonel, or their equivalents. Some countries also include brigadier in the definition.

Historically, a regiment or battalion's field officers made up its command element.

In the Canadian Armed Forces, the equivalent of field officers are senior officers (French : Officiers supérieurs); they include the army and air force ranks of Major, Lieutenant-Colonel, and Colonel, and the naval ranks of Lieutenant-Commander, Commander, and Captain.

In the German forces, officers from Major to Colonel in the Army and Air Force, or from Lieutenant Commander to Captain in the Navy are known as Stabsoffiziere which is translated as Staff Officers.

Field officer (Russian : Штаб-офицер, Shtabofitser; derived from German : Stabsoffizier; translation en: Field officer), was the designation of a particular officers rank category (OF-3 to OF-5) of the Russian Imperial Army and Navy until 1917.

United Kingdom and some Commonwealth countries

The British Army (in which these officers are called officers of field rank), and some others in the Commonwealth (including the Australian Army and New Zealand Army), also include the brigadier in this category: the equivalent in other armies is a general officer (the brigadier general).

Military ranks or Military leadership are a system of hierarchical relationships in armed forces, police, intelligence agencies or other institutions organized along military lines. The military rank system defines dominance, authority, and responsibility in a military hierarchy. It incorporates the principles of exercising power and authority into the military chain of command – the succession of commanders superior to subordinates through which command is exercised. The military chain of command constructs an important component for organized collective action.

Brigadier is a military rank, the seniority of which depends on the country. In some countries, it is a senior rank above colonel, equivalent to a brigadier general, typically commanding a brigade of several thousand soldiers. In other countries, it is a non-commissioned rank.

Rank insignia in the French Army are worn on the sleeve or on shoulder marks of uniforms, and range up to the highest rank of Marshal of France, a state honour denoted with a seven-star insignia that was last conferred posthumously on Marie Pierre Koenig in 1984.

A general denotes the most senior general-grade officer; it is the highest achievable commissioned officer rank that may be attained in the United States Armed Forces, with exception of the Navy (whom are referred to as Admiral. The official and formal insignia of General is defined by its four-stars.

In the United States uniformed services, captain is a commissioned-officer rank. In keeping with the traditions of the militaries of most nations, the rank varies between the services, being a senior rank in the naval services and a junior rank in the ground and air forces. 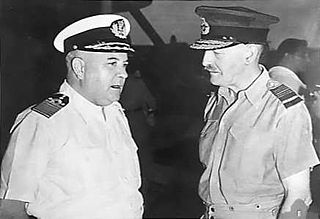 Scrambled eggs or scrambled egg is a slang term for the typically leaf-shaped embellishments found on the visors of peaked caps worn by military officers and for the senior officers who wear them. The phrase is derived from the resemblance that the emblems have to scrambled eggs, particularly when the embellishments are gold in color. 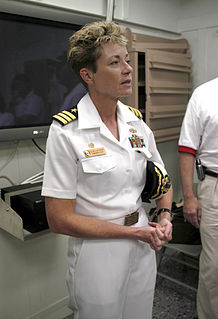 Major in France, is a senior superior military rank across various military and security institutions with history dating back well beyond the 18th century.