The game was introduced to Fiji only in 1992 but despite this there has been a long history of Fijian players making their mark in rugby league, most notably back in the 1960s when great players such as Joe Levula and Laitia Ravouvou joined Rochdale Hornets and became household names in the English competition.

Interest and participation in rugby league snowballed throughout Fiji, and as well as continued success in the World Sevens, the Batis began playing full 13-aside games against international teams. By 1994, Fiji had hammered the Great Britain Amateur tourists (40-8) and, captained by mighty front-rower James Pickering, beat France (20-12).

They had also produced their first rugby league superstar after winger Noa Nadruku joined Canberra Raiders and in 1993 became the top try-scorer in the Australian competition.

Fiji took part in their first World Cup in 1995 where, just as the 2000 World Cup, they had the misfortune to be placed in the same group as both England and Australia. But the Batis made a massive impression in their opening World Cup game in which they ran riot against South Africa, 52-6, and had the crowd on their feet at Keighley.

Coached by Don Furner, Sr. and captained by Lote Tuqiri, Fiji competed in the 2000 World Cup but did not progress past the tournament's group stage.

The Fiji Bati qualified for the 2008 Rugby League World Cup held in Australia after finishing second in Pacific qualifying behind Tonga. Fiji's qualification campaign started with a thrilling 30-28 loss to Samoa before reversing the scoreline a few days later with a 30-28 win over the Tongans. Fiji won their final qualifying game against Cook Islands 40-4. Having qualified the Vodafone Fiji Bati team started their Rugby League World Cup 2008 campaign with 42-6 win over France followed by a 2-point defeat to Scotland, however they topped their group with a superior points difference. Beating Ireland in their quarter final they came within one match of the World Cup final, but were defeated by Australia, ending the tournament in 4th place.

Fiji automatically qualified for the 2013 Rugby League World Cup after participating in the 2008 tournament. They took on Australia, England and Ireland in the pool stage. In their first match they took on 'the Wolfhounds'. They played at the famous Spotland Stadium, in Rochdale, where Fiji have an historic affiliation with. The Fijians convincingly won by a score of 32-14. As expected Fiji lost to both Australia and England, although they surprised many, as they only conceded 34 points against the teams in each game and they led 2-0 against Australia, and were within a few minutes of taking a half-time lead against England. Fiji would take on 'fierce Pacific rivals' Samoa in the quarter final. They won the, passionate pacific, fixture and they would celebrate with a 22-4 victory. They celebrated even more, as it meant Fiji reached their second consecutive World Cup semi-final. They took on Australia again, but this game was nothing like the group stage fixture. Fiji's errors conceded them 62 points against a classy Australian side. This defeat ended and equalled their best World Cup campaign in their history.

In May 2014, Fiji took on Samoa in the 2014 Pacific Rugby League Test at Penrith Stadium. The International was created as a qualifier for the final 2014 Four Nations spot. It was also a chance for the Four Nations team (winner of this international) to warm-up before the event kicked off later in the year. Fiji failed to qualify with their fierce pacific rivals getting the better of them by 32-16.

In May 2015, Fiji took on Papua New Guinea in the 2015 Melanesian Cup test at Cbus Super Stadium. Fiji won the match and the inaugural Melanesian Cup title. [2] Fiji never looked like losing the match after an easy first half performance, leading 18-0 at the break. They went on to win the test match by 22-10.

In May 2016, Fiji took on Papua New Guinea in the 2016 Melanesian Cup test at Pirtek Stadium. Fiji had a similar situation in this year's Melanesian Cup with a half-time score of 16-8 but this time around they conceded too many second half points allowing the Kumuls to make a shock comeback and win the match 24-22.

For all past and present players who have appeared for the national team, see Fiji national rugby league team players.

Fiji have also participated in:

The following table underneath shows Fiji's all-time rugby league results record. They have been participating in International fixtures since 1992. [4]

Tonga have played 83 internationals with the most recent being played on 2 November 2019 against Australia.

Below are the previous 5 matches of the national team." 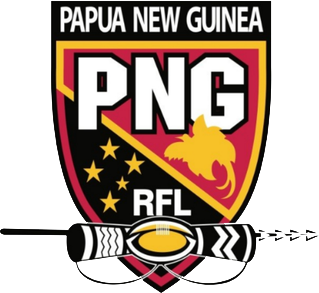 The Rugby League Four Nations, is a biennial rugby league football tournament run in partnership between the Australian Rugby League Commission, Rugby Football League and New Zealand Rugby League representing the top three nations in the sport: Australia, England and New Zealand. The tournament replaced the previous Tri-Nations format by including a fourth nation that qualifies by winning their respective regional competition in a rotation between Europe and the South Pacific. France accepted an invitation to play in the inaugural tournament in 2009. No tournament was contested in 2012 to allow teams to prepare for the 2013 Rugby League World Cup. No tournament has been played since 2016. 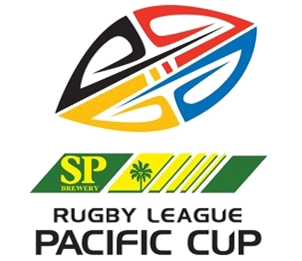 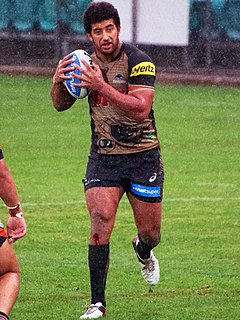 Viliame "Billy" Kikau is a Fijian professional rugby league footballer who plays as a prop and second-row forward for the Penrith Panthers in the NRL, and Fiji at international level.

The 2017 Pacific Rugby League Tests, known commercially as the Mesh & Bar Pacific Tests, are a group of rugby league test matches that were played on 6 May 2017 at Campbelltown Stadium in Sydney, Australia. Papua New Guinea played against the Cook Islands; Fiji against Tonga; and England against Samoa.

Justin Olam is a Papua New Guinean professional rugby league footballer who plays as a centre for the Melbourne Storm in the NRL, and Papua New Guinea at international level.

The 2019 Oceania Cup was the inaugural edition of the Oceania Cup. Contested by six teams, the competition began in June and concluded in November.